Is it true that nicotine users contract Covid-19 less? Many case studies demonstrate this unequivocally: smokers who contract Covid-19 have a greatly increased risk of developing severe forms of the disease. In this work, we find that the proportion of smokers is two to four times higher in severely ill patients than in those with a moderate form of the disease.

In France, studies currently being published on a limited number of patients at the Pitié-Salpétrière, as well as a study in a school environment in Crépy-en-Valois (prepublished this April 23), have also reported this trend. statistical.

Note now that the link between smoking status and propensity to be infected does not appear in all research. So in a recent study published in the Jama, involving 5,700 New York patients hospitalized for Covid-19, the proportion of smokers was similar to that observed in the regional population.

The first studies were met with skepticism, not without reason. Indeed, many of these works have sometimes significant biases.

First limitation present in all studies (with the exception of French studies): the age parameter of hospitalized patients. Indeed, a significant proportion of patients with severe forms of Covid-19 are over the age of 65. However, the prevalence of smokers decreases very strongly with age (for example, in France, 65-75 year olds smoke 2.5 times less than the general population).

In the study conducted at Pitié-Salpêtrière, taking into account the age and sex of the patients, smokers nevertheless appeared to be four times less likely than non-smokers to be Covid +. A rate observed both in hospitalized patients and in patients treated on an outpatient basis. However, in order to draw more solid conclusions, these results should have been put into perspective with the smoking profile of patients who usually attend this hospital, at the same periods in previous years.

Another parameter that seems to be excluded from most analyzes: the socio-economic profile of the groups studied, which can strongly influence the expected proportion of smokers. A limitation mentioned by the authors of the French study, who established their calculations “Assuming that the population studied who lives in a limited area around a Parisian hospital has the same smoking habits as the French population in general”, and who note that “Healthcare workers were overrepresented in the outpatient group due to routine workplace testing when they became symptomatic”. The study conducted at Crépy-en-Valois seems to take this parameter into account. And its results are consistent with the Pitié Salpêtrière study.

Third important pitfall: the quality of the information collected is not always there … far from it. In some studies used by epidemiologists to conduct their analyzes, the smoking status of the sickest Covid + patients was simply not informed. Commentators have also noted that one of these studies considered people who consumed less than 30 packs a year to be “non-smokers” – precluding any comparison with national statistics that relate to all cigarette users.

For its part, the study conducted at Pitié-Salpêtrière seems to consider as “former smoker” any person who had quit smoking at the time of his hospitalization … without mentioning the hypothesis that patients may have stopped smoking because of the first Covid-19 symptoms! A point which would considerably influence the results. Requested by CheckNews, Zahir Amoura, author of this work, has not yet commented on this point.

Is the phenomenon biologically plausible?

The interpretation of these statistics, as well as the extent of the associated phenomenon, are still questionable.

Researchers, however, have begun to explore the hypothesis of a direct causal link between smoking status and primary SARS-CoV-2 infection. The question arises indeed: from a physiological point of view, is it plausible that lungs exposed to tobacco are less permeable to this coronavirus? Could nicotine be involved in the phenomenon?

A possible link with the ACE2 receiver?

SARS-CoV-2 infects cells by binding to the ACE2 receptor, which are abundant on the surface, in particular, the cells of the mucous membranes and the pulmonary alveolar tissue. The expression of the gene corresponding to ACE2 is not identical in smokers and in non-smokers. Based on animal models, smokers have long been considered to express less ACE2 – suggesting a simple explanation for the phenomenon: less ACE2 induces a lower propensity for infection.

But recent data, which seem to be supported by new research, suggests that in humans, smoking is associated with greater expression of ACE2. A higher propensity for coronavirus infection would therefore be expected. The epidemiological observations mentioned above, suggesting a protective effect of tobacco, would therefore raise a paradox.

Several explanatory hypotheses have been formulated. Some authors have suggested that, in all patients, SARS-CoV-2 infection would decrease the availability of ACE2 receptors in the lungs. The biological processes that usually mobilize these receptors would be hindered, leading to various symptoms of the disease. People with more ACE2, even if they were infected, would develop fewer symptoms. However, this interpretation is challenged by the Crépy-en-Valois study, where the diagnosis of infection was made on a blood test, and not on a simple clinical assessment of symptoms.

Other work has shown that the nAChR nicotinic receptor could modulate ACE2 activity. Could stimulating nAChR make infection through ACE2 more difficult? This fact is not yet proven. “The possibility of a reciprocal modulation between ACE2 and the nicotinic receptor is an interesting scientific question for which we have no answer”, insists Professor Jean-Pierre Changeux, co-author of a scientific article inviting this hypothesis to be explored.

La Pitié-Salpêtrière has announced the launch of several clinical trials in this direction. The first, conducted on caregivers, aims to compare the infection rate between a group carrying nicotine patches and a group carrying placebos patches. More trials need to be done on Covid + patients in hospital to assess whether nicotine affects the course of the disease – especially in smokers who are forced to quit as a result of hospitalization.

The return of associations of electronic cigarette users, however, does not seem to go in this direction. According to the analysis of a questionnaire sent in early April to several thousand members of the AIDUCE and SOVAPE associations, the rate of patients suspected of being Covid + was similar whether or not there was nicotine consumption – around 2.5 %. “Although it concerns nearly 10,000 people, this citizen survey is inconclusive on a major protective effect of nicotine, note the associations in a press release. The first data show no major positive or negative effect of vaping when faced with the risk of contracting Covid-19 for vapers and their entourage. ”

Tobaccoologist Bertrand Dautzenberg, who had encouraged these associations to explore this hypothesis, notes on Twitter that the data was not collected under conditions “Respecting all the obligations of scientific studies”. He nevertheless considers that they “are not showing strong signs of a beneficial effect of nicotine in reducing Covid-19 levels. ” He invites an analysis of the Health Database to further explore this hypothesis.

No reason to start smoking

The tobacco specialist recalls “That tobacco certainly brings a negative effect greater than that of a small benefit which is not confirmed at all”. “This leads to encouraging all doctors to advise and support smoking cessation for all smokers.” The authors of the Crépy-en-Valois study abound in this sense, recalling that tobacco is responsible for 75,000 deaths per year in France. “Smoking cannot therefore be offered as a way of protecting oneself against the new coronavirus”, they insist.

Unsurprisingly, this finding is similar to that of the authors of a review on the complications of Covid-19 related to smoking. “Risk factors for severe forms of Covid-19 (pulmonary and cardiovascular disorders, diabetes, etc.) are more common in smokers. Smokers with comorbidities should quit smoking by all means. ” They also observe that “confinement can lead to social isolation and psychological distress that increase the need for smoking. [En outre], smoking is more prevalent among the economically less advantaged groups, and they are potentially more at risk for Covid-19. ”

For its part, the association Alliance contre le tabac urged the greatest caution with regard to speculative information in circulation. In the absence of more evidence, nicotine users, “Should not expect to be more protected than the population from the current epidemic”, she recalls. In addition, she advises non-smokers to use nicotine substitutes. A warning also formulated by the promoters of the Pitié-Salpétrière study or by the Minister of Health.

Although well publicized, epidemiological observations associating smoking and the risk of developing the symptoms of Covid-19 are difficult to interpret at this time. Under the hypothesis of a real cause and effect link, the biological mechanisms mentioned in the press are still hypothetical. None have yet been formally tested.

Listen to the weekly behind the scenes podcast of CheckNews. This week: Covid-19: what are the real figures for deaths in intensive care?

Jérôme Salomon, the Director General of Health, mentioned a mortality of 10% in intensive care of patients hospitalized for Covid-19. In this episode, Luc Peillon explains why this figure is largely underestimated. 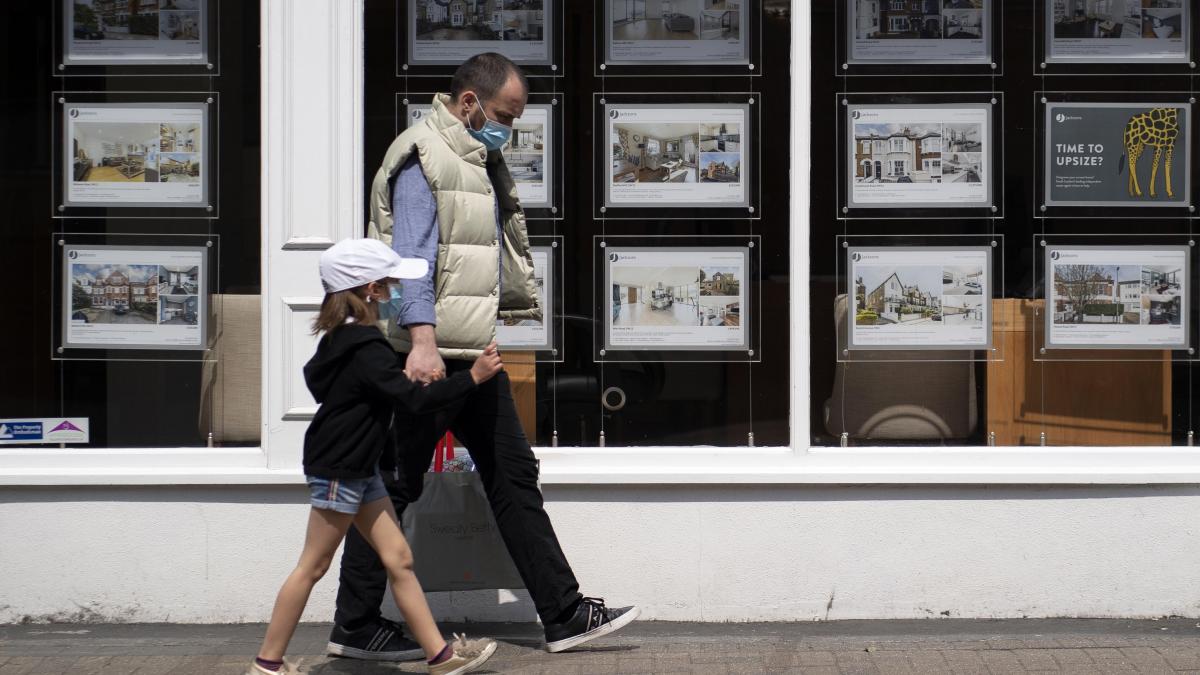