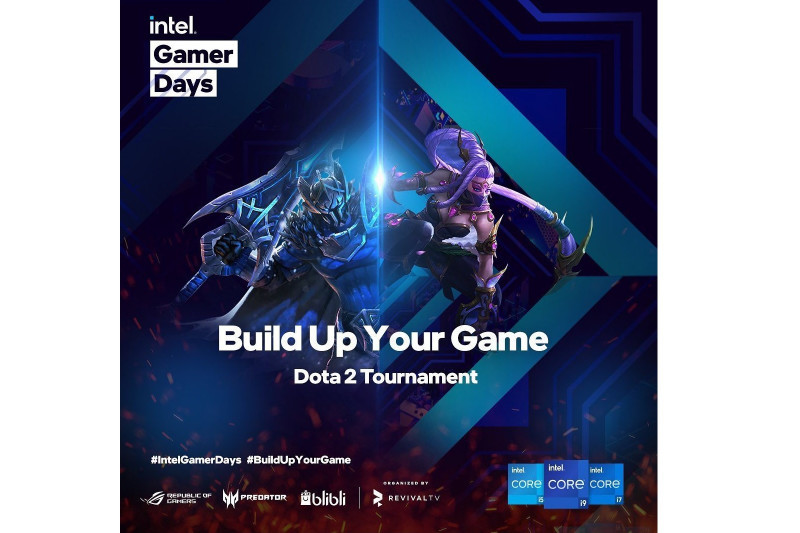 Jakarta (ANTARA) – Intel® will soon hold the annual Intel® Gamer Days 2021 E-sport tournament, which will be held from September 8 to September 12, 2021, virtually.

In an effort to support the digital industry and be active in innovation in shaping the future of technology, Intel® provides this platform for the young generation of gamers in Indonesia to work and show their potential in the E-sport event.

On this occasion, Intel® will also introduce its newest 11th generation desktop processor, Intel® 11th Gen Series, which was launched last July to help gamers become the best version of themselves competitively, socially and creatively.

With the highest performance suitable for gamers and graphic creators in playing games or editing graphics, the performance of the Intel® 11th Gen Series will also be highlighted at the Intel® Gamers Day 2021 event.

As a company that prioritizes innovation and seeks to increase user productivity, Intel® also invites the creative young generation of Indonesia to take part in making achievements and contributions in the upcoming Intel® Gamer Days 2021 tournament.

There are several series of activities that will be carried out during Intel® Gamer Days 2021, titled the upcoming Build Up Your Game Dota 2 Tournament. Registration starts from 27 August to 6 September 2021.

The Bronze and Grand Finals will be held with a best of three system as the closing stage, on September 12, 2021. During this tournament, Intel® also provides a coaching clinic on September 11, 2021, for finalists from Intel® Gamer Days 2021, who will be trained by pro-players and representatives of Asus and Acer.

This session will also be broadcast LIVE to the public, and will not only explain the latest Intel® 11th Gen Core™ H-series processors in detail, but there will also be a question and answer session that gamers can ask which can be watched LIVE for those who are interested. curious.

A total of 64 teams will compete in the DOTA 2 game to win a total prize of tens of millions of rupiah and an Intel® 11th Gen Series laptop. Intel® Gamer Days 2021 is also supported by Asus ROG, Acer Predator, and Blibli, and can also be watched on RevivalTV.

Also read: Intel prepares to appeal the decision to pay US$ 2.18 billion patents