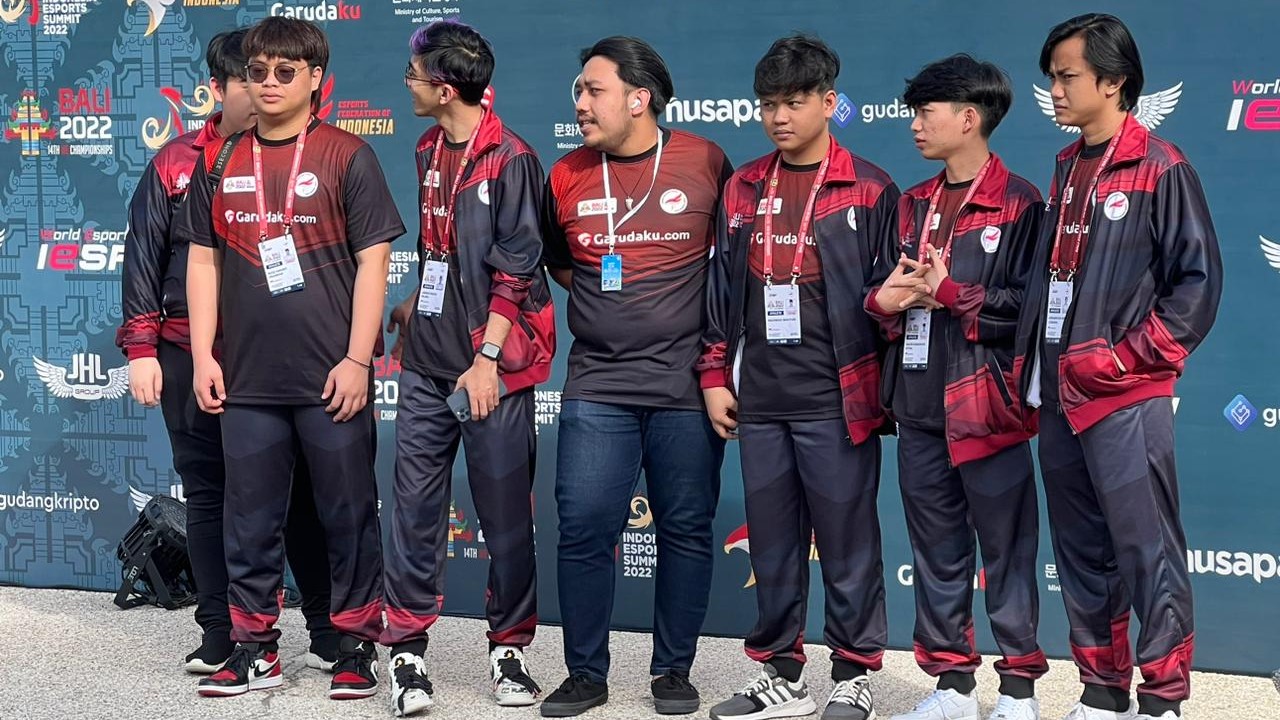 The MLBB Indonesia national team showed an extraordinary mentality when facing a tough opponent in the top bracket final, Cambodia. This could be said to be their toughest opponent yet IESF WEC 2022 see how stiff the competition is.

All player skills are tested. Starting from mental, macro, to mechanical. An incredibly emotional fight ensued.

Fortunately, the Indonesian MLBB national team showed their experience. Although they lost the first game, they learned and recovered in the second and third.

Against Cambodia it was proof that the maturity of Zeys’ team was already at a different level than before.

The super difficult match occurred in the first game. Indonesia and Cambodia show amazing gameplay where buy and sell attacks are actively happening.

Indonesia is late and seems to have lost in the draft, this is a problem in the late game, especially when discipline and concentration are not seen.

Indonesia had several moments of comeback, but what happened was too much effort and not being able to read the power of the opponent at certain moments actually backfired.

Furthermore, Cambodia has a more convincing balance and CC with the presence of Kaja, Kadita, Lapu-Lapu, Martis and also Wanwan.

Oppi’s Wanwan is really irresistible in the late game. None of the Indonesian heroes can take the damage even if they use Winter Mangaon in succession.

In addition to this, the Joy jungler used by Tazz did not use its full potential and was repeatedly offside. The slow effects that exist from Lapu, Martis, to suppress Kaja are really a problem. Cambodia won the first match 1-0.

In the second game, Cambodia were more organized in their draft pick. Their plan was clear when they picked Leomord, Angela and Faramis in the top three picks.

This shows that Cambodia wants to use META Gathering by leveraging the power of Leomord. Additionally, there is also Hylos as support plus extra damage from Irithel.

This composition doesn’t actually run smoothly at the start of the game. Because instead of playing with a 4-1, Cambodia are too separated.

The pick-off of the Indonesian MLBB national team went smoothly. The existence of Kadita with a terrible initial explosion, plus the combination of Yu Zhong, Akai and Yve.

The team fighting scheme failed miserably by Cambodia. The UBE META is completely still. Indonesia drew 1-1 in the second match.

In the decisive match, both teams used their best strength. Without tier-up SSS heroes like Joy, Kaja, and Wanwan, both teams’ macro abilities and mechanics are crucial.

The draft is also quite balanced. The MLBB Indonesia national team has a more aggressive composition of heroes with the presence of Mathilda, Leomord, in Yve. Meanwhile, Cambodia has higher squad combat power.

Yu Zhong, Valentina, Martis, Beatrix and Lolita were their pillars. Sure enough, Cambodia looks more promising in the early game because their heroes are really cool in the beginning. Meanwhile, Tazz and others have to wait a while as most of the heroes are late.

The intensity of the fight is really hot. The two teams have been very careful in every war they have fought. The exchange was very active.

Mental battle is the watchword. Whoever can be the most disciplined, is the winner. Indeed, an extraordinarily good decision was made by the Indonesian MLBB national team.

Late in the game, when the war was in the lords area, Cambodia chose to engage regardless of their poor lane.

Indonesia only has four players in that area and Saykots using Masha is able to do the splits and break concentration.

Cambodia got a lord, but lost two players. Lord was killed quickly and Indonesia secured their place in the grand final.