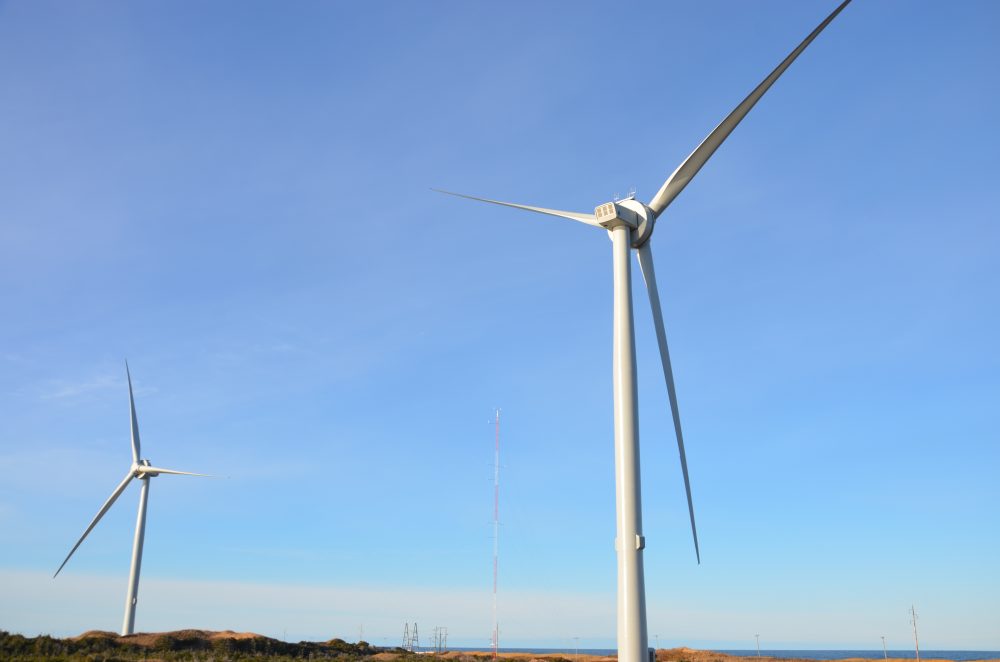 In front of some forty people invited for the occasion and in the presence of Jonatan Julien, Minister of Energy and Natural Resources and Minister responsible for the Gaspésie-les-Îles-de-la-Madeleine region and Éric Filion, Vice -Executive Chairman, Distribution, supply and shared services, the managers of the Dune-du-Nord wind farm have inaugurated their facilities. This park has been in service since December 29, 2020, but the sanitary measures in force in recent months have not made it possible to hold this event earlier.

Invited to speak, the mayor of the Îles-de-la-Madeleine underlined the importance of this project in the implementation of the energy strategy of the Islands.

“This community-based project marks an important step in the implementation of the Magdalen Islands energy strategy and will significantly reduce the thermal power station’s GHG emissions. “

In his speech, Simon Deschênes, Chairman of the Board of Directors of PEDDN and Chairman of the Régie intermunicipale de l’énergie Gaspésie – Îles-de-la-Madeleine mentioned the excellent collaboration of the members of the liaison committee and the municipal authorities. .

“The project would not have been possible without the support of the population. The liaison committee made up of community representatives supported the development of the project as soon as the call for proposals was announced. Their contribution was major and made it possible to adapt the project to the specific environmental conditions of the Dune-du-Nord. This project is now a reality and it provides significant financial benefits for the community in addition to increasing revenues from wind farms in which the Régie holds an interest. In 2020, nearly $ 700,000 was donated to the maritime community. “

The construction site, which began in September 2019, ended in December 2020. The commissioning, which was scheduled for the month of July, was delayed due to the closure of the site at the start of the COVID pandemic -19 as well as by the reception of the turbines during a less favorable period for their installation due to the force of the winds in the Magdalen Islands.

“During the construction, we encountered several obstacles. This project is unique in Quebec and it posed many logistical challenges. Whether it was for the transport of components or the erection of towers, turbines and blades, the obstacles were numerous and we want to thank the companies, organizations and workers who made this project possible. »As emphasized by Hugo Bouchard, Chairman of Plan A Capital.

For eight months now, the park has been in service and the energy produced is delivered to Hydro-Québec, which distributes it on the network. The fleet’s production is faithful to our expectations, and despite the necessary adjustments related to the running-in phase, the revenues are in line with forecasts.

« We have an exceptional source of wind and an extraordinary source of renewable energy, which allows us to reach the production targets agreed with Hydro-Québec. The location of the wind farm in the Dune-du-Nord requires very close environmental monitoring and thanks to the excellent collaboration of the liaison committee we will be able to achieve our environmental preservation objectives. Said Samson Vayssières, of Valeco Energy Quebec.

For his part, the Minister of Energy and Natural Resources Jonatan Julien took the floor to underline the success of this unique project in Quebec.

“I am proud of the project inaugurated today, which is the result of an initiative by and for the community of Îles-de-la-Madeleine. It is part of the vision we have set for Quebec’s energy transition and will reduce the archipelago’s GHG emissions. In addition, the participation of the community will bring royalties to the region, which will be reinvested for the benefit of the population who will come out on top. I congratulate all the partners involved in the success of this project! “

Overview of the project:
After more than a decade of planning and development, the Dune-du-Nord wind farm has been in commercial operation since December 29, 2020. The energy produced is transmitted to the Hydro-Québec network in order to supply homes, businesses and businesses in the Magdalen Islands for the next twenty years. This project, which took several years to complete, is now fully operational and allows Hydro-Quebec to achieve significant savings in electricity production costs while helping to reduce 17,000 T Eq. CO 2 / year, i.e. 15% of GHG emissions from the Cap-aux-Meules thermal power plant.

The wind farm in figures:

A public / private partnership
The Dune-du-Nord SEC wind farm project company (or “PEDDN”) is made up of the Gaspésie – Îles-de-la-Madeleine intermunicipal energy board 1 (50%), Plan A Infrastructure ( 25%) and Valeco Énergie Québec (25%).

A profitable project for the Magdalen Islands
The construction work will have generated regional economic benefits (Gaspésie-Les-Îles-de-la-Madeleine) of $ 2,950,000, including $ 2,650,000 for businesses in the Magdalen Islands alone. Sixteen workers, including eight Madelinots, were hired to carry out the construction work generating a payroll of $ 900,000. For the next few years of operation, the Dune-du-Nord wind farm will award several local contracts for the maintenance of the park and the carrying out of various works related to current operations.

The Régie intermunicipale de l’énergie Gaspésie – Îles-de-la-Madeleine is a 50% shareholder of Dune-du-Nord Wind Farm SEC and as such the Régie anticipates revenues of around $ 350,000 / year which will be returned to member municipalities. In this context, the Magdalen Islands will be able to count on revenues of more than $ 60,000 / year, in addition to the revenues of $ 700,000 / year that the community already receives. In addition, the Municipality of Îles-de-la-Madeleine will receive royalties of $ 34,000 / year paid by the wind farm and the maritime community, for its part, will receive $ 55,000 / year in payment of land rights on the land. public.

1 The Régie intermunicipale de l’énergie Gaspésie – _Îles-de-la-Madeleine brings together the five RCMs in the region and the Maritime Community of Îles-de-la-Madeleine. It was set up to invest equally with developers who want to develop wind farms in the Gaspé and Magdalen Islands and elsewhere in Quebec. The Régie is the co-owner of 4 wind farms which generate 326.6 MW and which generate net revenues estimated at over $ 3.5M per year. These revenues are redistributed to the communities of the region in order to contribute to their development. 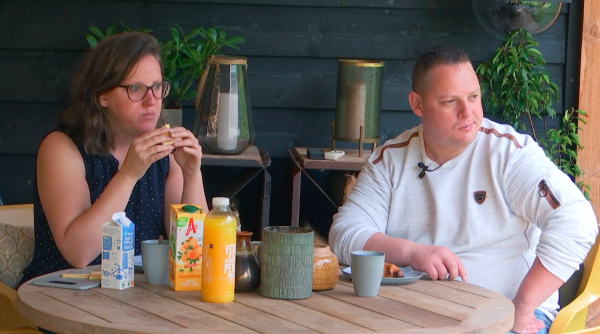 Twitter does not speak out about Linda from ‘Lang Live De Liefde’: ‘Are you tender or rough in bed?’ These are the new summer destinations from Airport Eelde