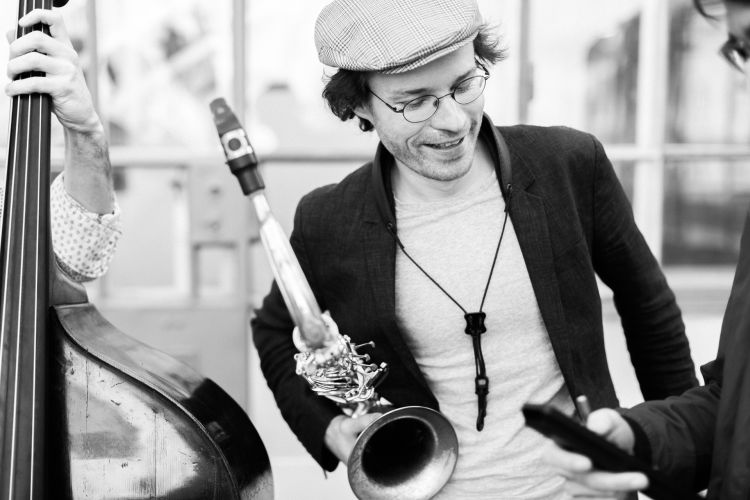 WOODY BLACK 4, SKETCHBOOK QUARTET or ORCHESTRA, ZNAP: The saxophonist and clarinetist LEONHARD SKORUPA counts – if you look at the large number of his projects – definitely one of the busiest creative minds on the local jazz scene. Is current the Viennese responsible for the compilation and presentation of the “P&B stage bands”. In an interview with Michael Ternai, he told Michael Ternai how he got there, what he really lacks in jazz and what inspires him.

You have been given the honor of being in Porgy & Bess to put the stage bands together and to present various of your projects. You have already played a few concerts, some are still to come. How did you come to this? What does it mean to you

Leonhard Skorupa: For me it is a great playground to have this carte blanche. It’s a great field of experimentation in a wonderful atmosphere, in a wonderful club. And you can already say that it’s an honor to play this season with things that I enjoy. How did I get there? In the last few years I have worked with various bands and projects in the Porgy played and after the concert with the Sketchbook Orchestra On the occasion of my debut for a large cast, asked Christoph Huber whether something was possible and he offered me this spot.

Which projects have you already presented or will you still present?

Leonhard Skorupa: I have set myself the goal of writing a different program each month with a specific focus and also using the opportunity to invite international guests. I opened the stage band season in September with the American saxophonist Michael Moore and a handpicked octet from musicians living in Austria. A concert of the Ensemble Good Wampe, a formation that I started with Tobias Vedovelli and Michael Tiefenbacher. In December I have my trio Znap expanded and played the first streaming concert without an audience.
“Cosmos Jonke” was the name of the program, which premiered in January and which I designed together with the Austrian actress Maria Hofstätter. The tenor of the evening was the artistic examination of selected works by the Carinthian poet and playwright Gert Jonke. In February I’m with the 14-member Sketchbook Orchestra occurred.
The sixth edition of the Porgy&Bess Stageband takes place on April 20th – this time again with an international guest. I’m looking forward to it, Matthias Muche, the freshly baked WDR Jazz Prize Winner In the category “Improvisation”, to be able to welcome in Vienna and to play music specially written for the occasion together with a fantastic octet.

“So I’ve always been drawn to the jazz and popular department, also because of the choice of instruments.”

You have been on many projects in the last few years and have traveled around the world a lot. What is your career like? Has it always been clear to you that you will be a jazz musician?

Leonhard Skorupa: I’ve always had great fun playing the saxophone and I’ve always been drawn to jazz and popular music, also because of the choice of instruments. At some point I thought to myself, if making music gives me so much pleasure, why shouldn’t I do it professionally as well. I also attended the Jazz Conservatory at the same time as I was at school. Then came a phase in which I briefly put the saxophone in the corner. But in the end it grabbed me again and came to the music university. And I think that did me a lot of good because there is a fairly free approach and you are given a lot of space in developing your own artistic profile.

Your projects have one thing in common: they are stylistically very open. To what extent have you said goodbye to classical jazz in your projects?

Leonhard Skorupa: I wouldn’t say now that I’ve said goodbye to this one too much. At the same time, however, I would not see myself as a dogmatist who thinks in narrow genre boundaries. I was socialized with jazz – also through my training. Of course, that shaped me a lot, also because I learned the tools of the trade there. But the question can also be asked, how do you actually define “jazz” nowadays.

“I’m already very critical of my music and often I can’t really listen to it for long.”

Which directions do your musical influences come from? And how much do they affect your style?

Leonhard Skorupa: I had and still have certain intense listening phases. Also, my listening habits are pretty eclectic. I must have heard a lot of classical music from my parents at home, including contemporary classical music to the Shostakovich and Ligeti. I also love Steve Reich and his minimal music. On the other hand, club culture and electronic music have always played a role. It’s just the music of my generation. I work very hard to develop my own musical language and I think you can hear that in my projects. In principle, I enjoy being surprised as a listener in concerts and it is precisely this momentum of surprise that I try to incorporate into the composition process.

You compose a lot for your various projects. How important is it for you to give your fellow musicians room to develop?

Leonhard Skorupa: Yes, definitely! I like to write for people I know, and on the one hand I try to design pieces that are tailored to the body of my fellow musicians and that they can improvise in the best possible way and feel comfortable. On the other hand, it is sometimes refreshing to plunge the ensemble into the deep end, to try out new concepts and the expectations – including your own! – to break. But it also depends on the music and the constellation in which you move. With the (bass) clarinet quartet Woody Black 4 the scores – since there are only four voices – are pretty well composed. Of course, solos and free parts are also possible, but basically there is a lot written out in this band. At the previous stage band concerts, on the other hand, I consciously tried to provide a good, partly well-composed structure on the one hand, but also to work out concepts to give all those involved as much freedom of movement as possible on the other.

Even if it may be a little difficult to judge, do you attach more importance to certain of your projects than to others?

Leonhard Skorupa: Here, too, everything somehow happens in phases. Of course, the Stageband series programs have priority this season. But I also have for that Sketchbook Quartet recently written a new program. That too Ensemble Good Wampe enjoys because it’s a new and – in my opinion – very cool project, a special position at the moment. The trio Znap is currently in the final spurt of an album production. Organizational work is the main task here. Not least because the album is on the recently launched label Laundromat Records appears.

You have that before Ensemble Good Wampe mentioned, with which you also make political content. How important is it for you to connect your projects with a political message?

Leonhard Skorupa: It has always been important to me to formulate and process criticism of cultural and social life in my artistic practice and to confront the audience with it. And now I have that with that Ensemble Good for him more or less intensified. The aim of this volume is the artistic examination of politics and society. We consciously put political content in an artistic context, on the one hand with samples, on the other hand with voice – we were able to win the speaker and improvisation musician Christian Rainer for this project. What I miss a little about contemporary practice in the genre of jazz is that it is hardly used as a political mouthpiece for counterculture, although to be fair it has to be said that it is not much different in other genres, such as pop is.

How has Corona affected you personally and your projects?

Leonhard Skorupa: Very pretty. With the Sketchbook Quartet if we had played a big North American tour and we were otherwise well booked internationally. A few concerts may be rescheduled, but in general a lot has already been lost. With Znap, a tour through Germany and Austria would have been on the program. We really put a lot of work into this tour. But that too fell into the water. What can you say, of course it’s all annoying. I can only positively emphasize that that Porgy&Bess as one of the few institutions that keeps the jazz scene alive with daily livestream concerts in fantastic quality despite the cultural lockdown. The main problem for people who work in the arts and culture is, I think, that you have no planning security at all at the moment. And that is unlikely to change anytime soon.

Thank you very much for the conversation. 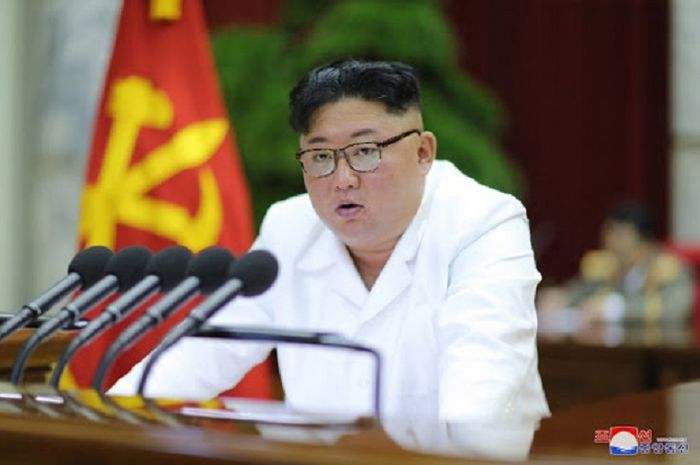 Known as one of the richest people in North Korea, Kim Jong Un’s nephew mysteriously disappeared after meeting with the CIA, this is the chronology! – All Pages 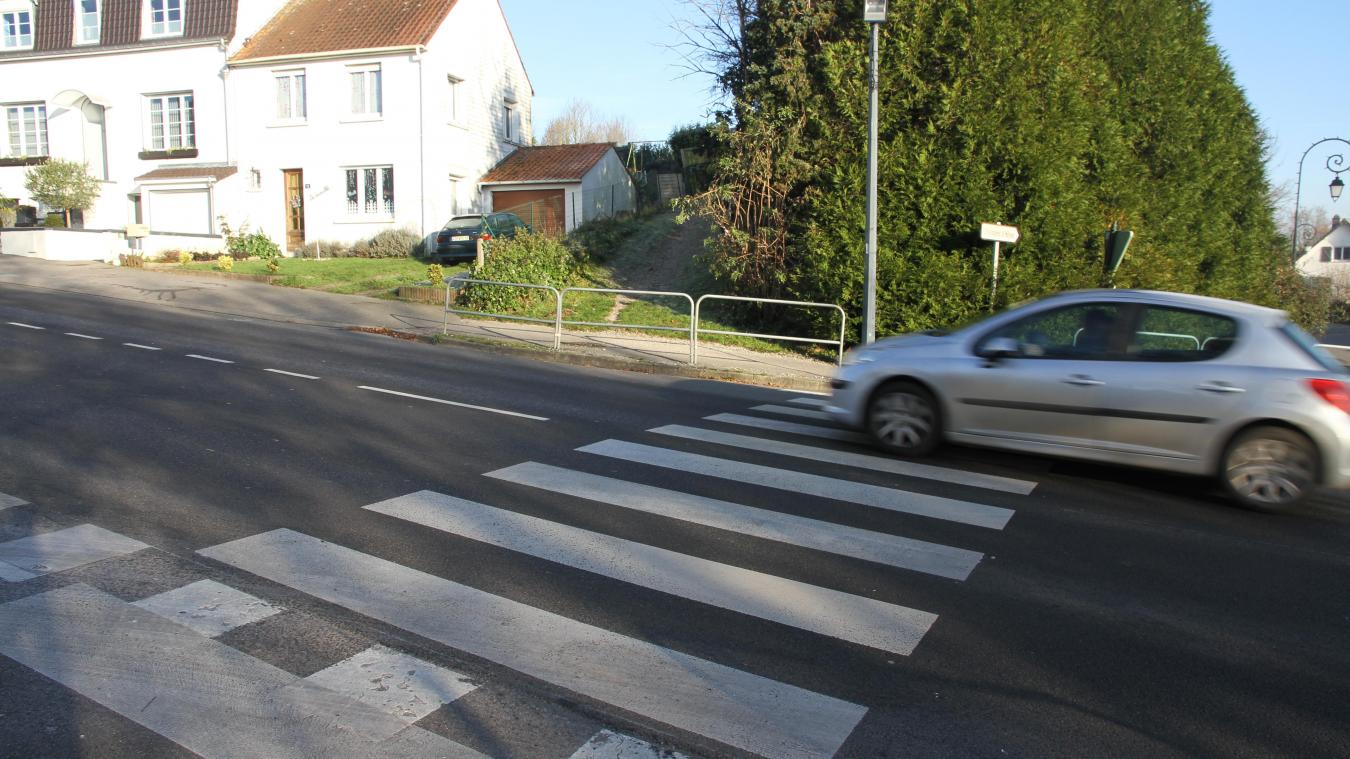 Montreuil will finance part of the upcoming work Chaussée Marcadée 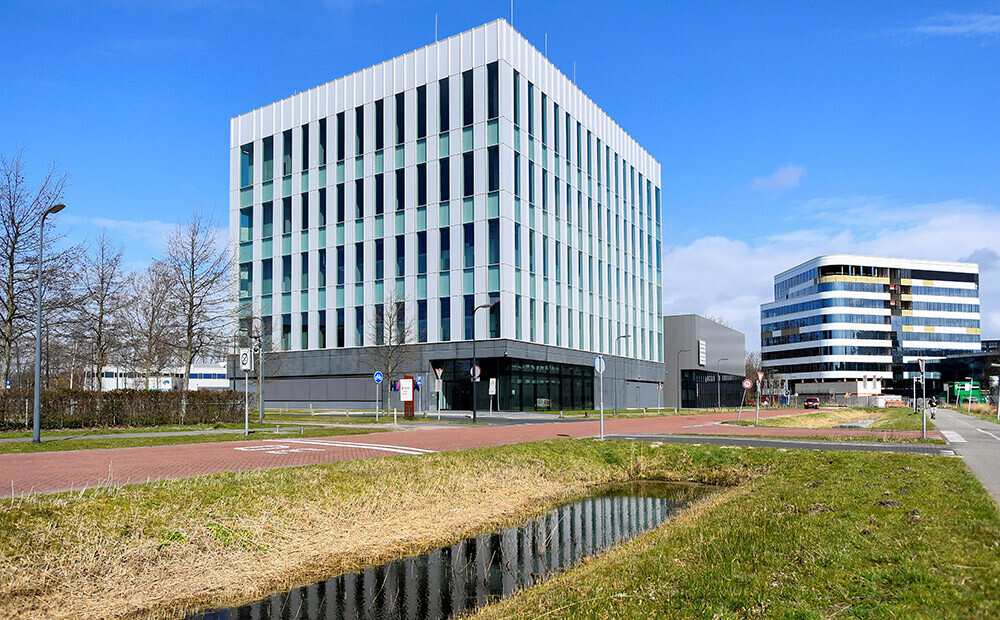 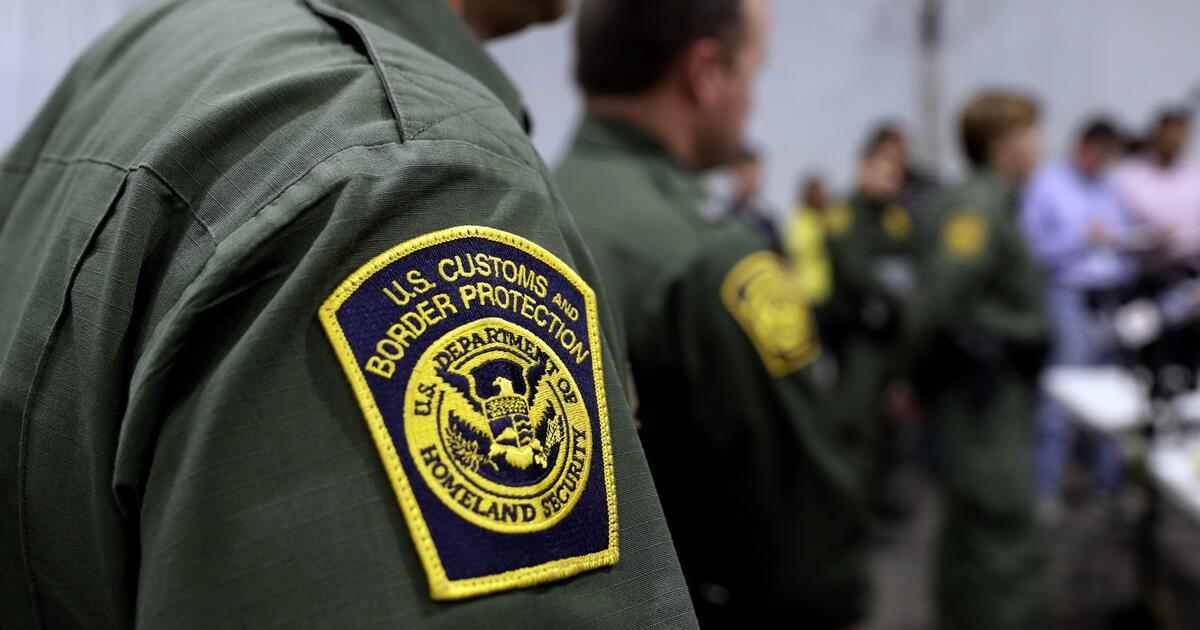 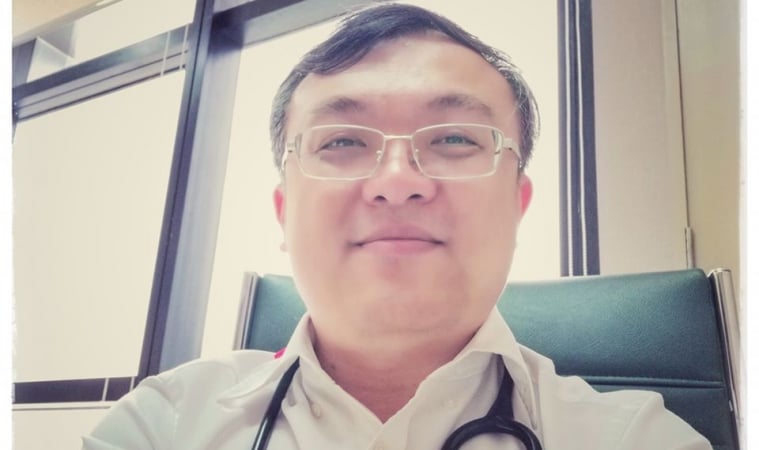 Dr. Teera reiterates ‘before he is the next COVID victim’ 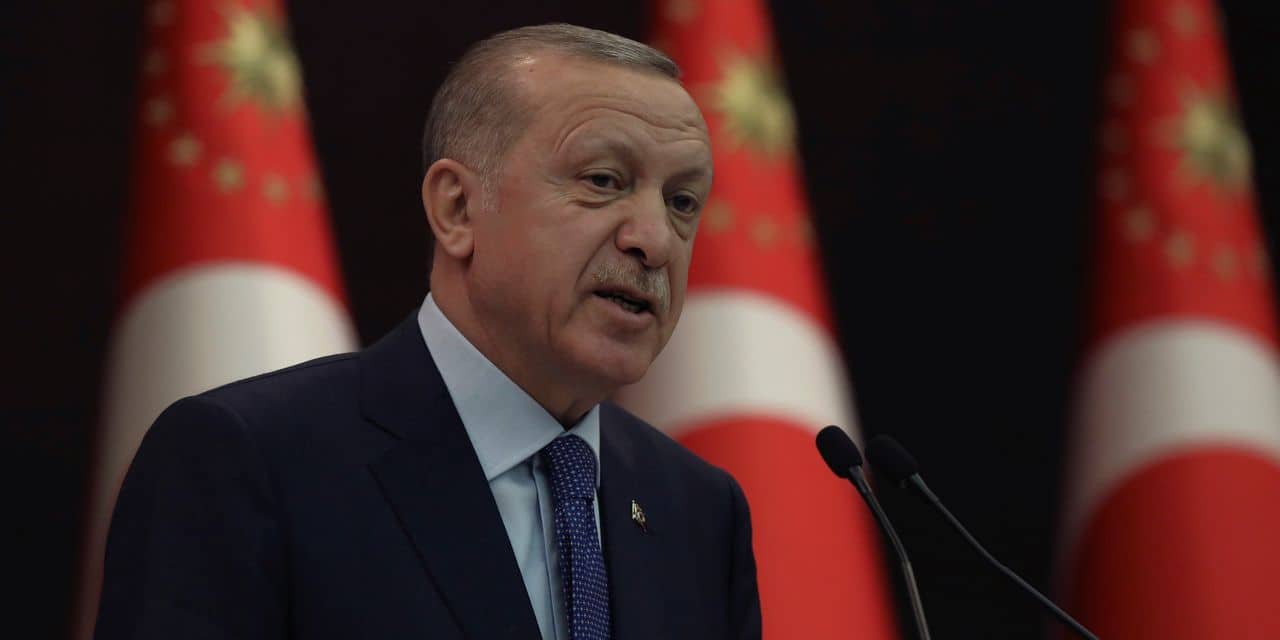 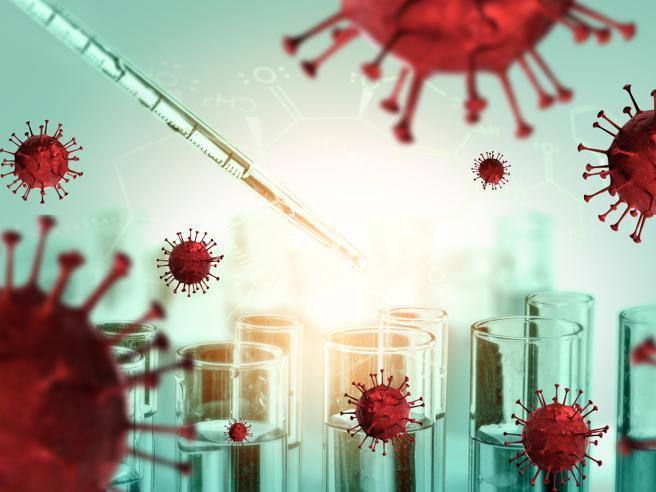