Icetex payment methods change, now these may be according to salary 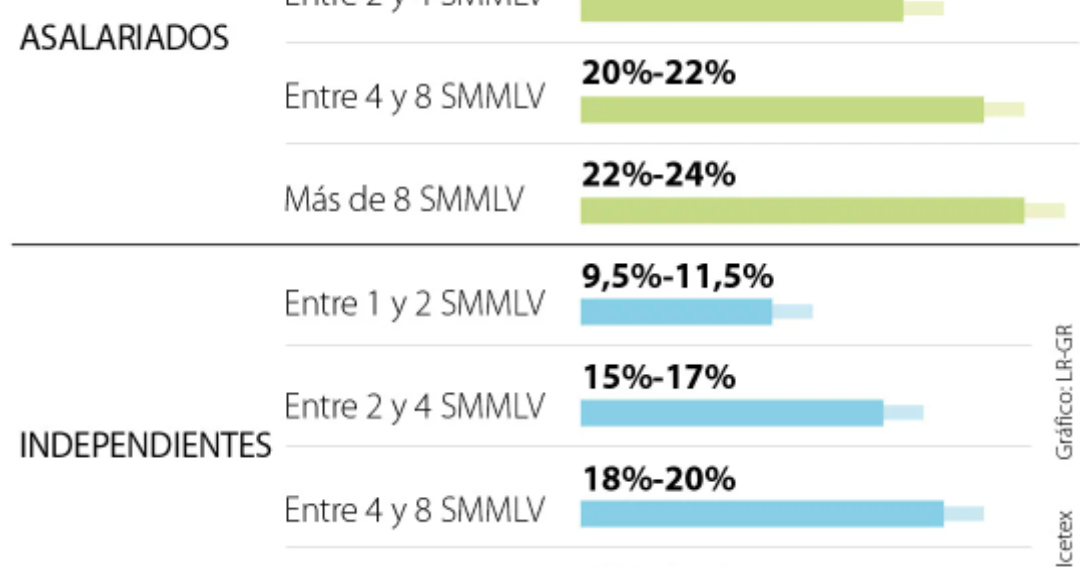 President Iván Duque, through the signing of Decree 1009, made effective the mechanism that new users of educational credits can now take advantage of, which consists of paying the debt based on their income, through a fixed monthly percentage of salary.

With this measure, called Income Contingent Payment (PCI)the user cancels his credit through a deduction and withholding that in no case will exceed more than 20% of his monthly income”, confirmed the president.

Users who choose this alternative, voluntary and available from 2023, will have a deduction and withholding proportional to their income as long as they earn more than a current legal monthly minimum wage (SMMLV). Said proportion is defined from 11% for those who have income between one and two minimum wages and will increase to a maximum of 20% of the monthly income for those who receive more than $8 million per month.

Those who do not have a job, or receive an income equal to or less than a minimum wage, will not have to make any payment, will not be in default with their credit, nor will they be reported in information centers.

This mechanism will be aimed at new users who access undergraduate credit to study at a Higher Education Institution (HEI) in the country and request to benefit from this scheme.

Likewise, it allows these people while they are studying to not have to pay for this obligation. The interest rate will correspond to the one established for the line of credit with which you carry out your studies.

Icetex indicated that the credit amortization period will have a maximum term of 20 years after the financed studies are completed. If it has not been settled within this period, it will be considered finished; however, there is also the possibility that the student make larger contributions corresponding to their fee, if they prefer.

It is important to point out that the PCI mechanism will in no case be part of the tax obligations of
the beneficiaries or the retainers.

“The withholdings made will be carried out directly by the employer or contractor with whom the user of the credit has a direct relationship and will take place at the time of receiving their income. For their part, those who receive income in or from abroad, must make corresponding payments to their monthly income as appropriate. Both withholders and users with income in or from abroad, must consign to Icetex the withheld values, “explained Icetex.

To guarantee the optimal execution and control of the mechanism, the Dian will report, at the request of Icetex, the information contained in the electronic invoicing system that is directly related to the beneficiaries who have voluntarily accepted this payment mechanism.

This information will have absolute confidentiality and protection of personal data included in the information provided. With the sanction of this Decree, credits with this mechanism may be requested as of 2023.