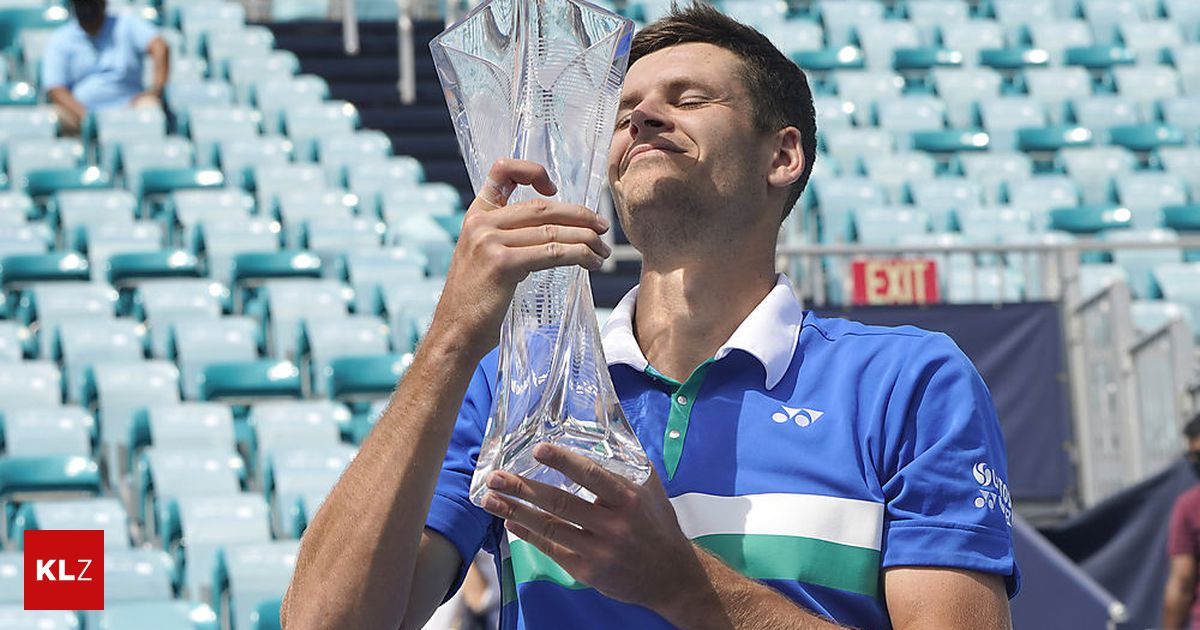 Hubert Hurkacz made Polish history with his Masters triumph in Miami. And the tennis dream couple Elina Switolina and Gael Monfils got engaged

Hubert Hurkacz saw the light of day in Breslau. The city on the Oder in western Poland reported light snowfall on Monday, today it should rain at six degrees. So it’s no wonder that the 24-year-old feels right at home in Florida (today it’s a comfortable 26 degrees on average). This is also reflected in his results: After Hurkacz was able to win the tournament in Delray Beach this year, “HH” has now crowned his career with the triumph at the Masters spectacle in Miami. In South Florida, his victory record this year is 10: 0.

With a 7: 6, 6: 4 final success over the young Italian star Jannik Sinner Hurkacz, called “Hubi” by his friends, not only achieved the feat of being the first Pole to win a tournament in this category, but also catapulted himself into the top 20 in the world rankings for the first time as 16th. Overall, it was the third title for Hurkacz. He also got his first one in the USA – namely in Winston-Salem in 2019. But that’s not in Florida, but in North Carolina. But: The right-hander won all three trophies on the hard court, which suggests the preference of the 1.96-meter giant. Right – he loves and practices the fast game.

Fibak: “All of Poland is living Hubert’s adventure”

By the way, Hurkacz is only the second Pole behind Wojtek Fibakwho won an ATP tournament. And the now 68-year-old Fibak, who in his career brought him to 15 tournament victories and tenth place in the world rankings, recently emphasized in an ATP interview: “All of Poland is living Hubert’s adventure.” Winner Iga Swiatek Life. “Every time we talked about Iga last year, I also mentioned Hubert in all of the interviews. I’ve always emphasized that he has the same talent, ”says Fibak. And further: “He moves the fastest and best of all and he has a great backhand and forehand. That’s why his success doesn’t come as a surprise to me. I will soon see him in the top ten or even the top five. “

They get married in July

Three places ahead of Hurkacz in the world rankings is currently still that of Günter Bresnik supervised Gael Monfils. The Frenchman, who has not played a match since his opening match at the Australian Open, used the break in his own way: The 34-year-old got engaged to the Ukrainian world number five Elina Switolinawho made it to the semi-finals in Miami. The tennis dream couple wrote on Instagram: “To the start of our common forever”. The wedding bells are supposed to ring in July.