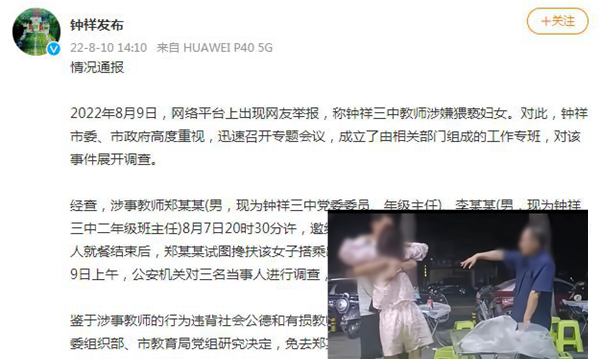 [The Epoch Times, August 10, 2022]Recently, teachers from the No. 3 Middle School in Zhongxiang City, Hubei ProvinceBBQ stallobscenegirlsvideo attracted attention. On August 10, Zhongxiang city authorities informed that two teachers had been suspended for investigation. But netizens didn’t buy it, saying that the teacher’s behavior refreshed the three views and demanded severe punishment.

On August 9, “HubeiZhongxiang Third Middle Schoolteacher streetobscenegirls! “The topic of the hot search. A video of more than 8 minutes shows a woman lying on the side of the road.BBQ stallAt the dining table, a man hugged the woman many times and made obscene actions. A man wearing blue clothes at the same table also stepped forward to touch the woman.

After the video was exposed, many netizens said they knew two men, both of whom were teachers of the No. 3 Middle School in Zhongxiang City, Hubei Province, and both of them were rated as “Top Ten Teachers”.

On August 10, the Zhongxiang city authorities notified: After investigation, the teacher Zheng Moumou involved is nowZhongxiang Third Middle SchoolMember of the party committee and grade director; Li Moumou, the teacher involved, is currently the head teacher of the second grade of Zhongxiang No. 3 Middle School.

The report continued that at about 20:30 on the 7th, the two invited a social woman to have a late-night snack. In the early morning of the 8th, after the three of them had finished their meal, Zheng Moumou tried to help the woman take a taxi, during which many indecent acts of physical contact occurred. On the morning of the 9th, when the three parties were investigated, the woman said that she was not forced or molested.

According to the report, after research and decision, Zheng Moumou was removed from his post, and Zheng Moumou and Li Moumou were suspended, and ordered to cooperate with the investigation. At the same time, the Municipal Commission for Discipline Inspection and Supervision has intervened in the investigation and will strictly investigate and deal with the misconduct of the persons involved.

Netizens didn’t buy the announcement from the authorities, and they questioned: “voluntary? My God, the three views are broken!” “Is this called support? The video is clear, it’s all taken from top to bottom, this woman dares to stay open. Is it not obscene to talk nonsense with eyes? Can you keep teaching and educating people without expelling this kind of behavior?”

“A hooligan will be defined as a support after being a hooligan in public. It really refreshes the three views!” “Disgusting, who would dare to send a child to this school! He must be held accountable for molestation!”

Some netizens also pointed out: “1. It is clearly seen in the video that the woman slapped the man and her glasses were splayed. 2. Since the woman is in a drunken state, it is very likely that she cannot remember what happened last night. She doesn’t think it means that No, the video record is clear. 3. Obscene is a public prosecution case, not if the parties don’t tell the truth.”

“All-terrain” supercar: what if Ferrari made one too? 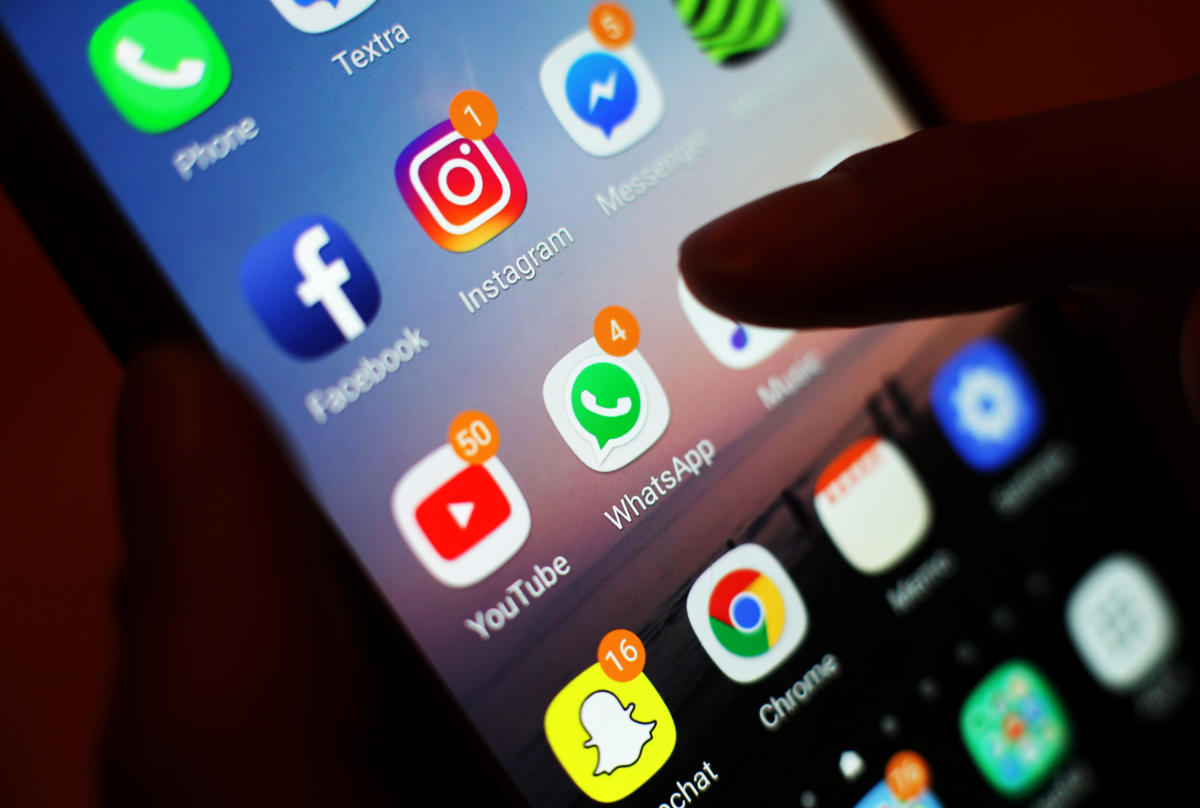 “All-terrain” supercar: what if Ferrari made one too?