Hristo Ivanov: Orient Express coalition is being formed – 12 knives in the back of the hated 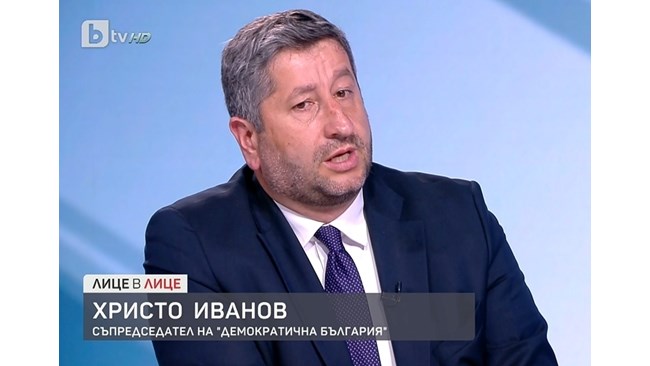 An Orient Express coalition is now being formed (no. of those who collected the signatures for the removal of the parliamentary chief Nikola Minchev) – 12 knives in the back of the hated, saw the co-chairman of “Democratic Bulgaria” Hristo Ivanov in the show “Face to Face” on BTV. And he shared his expectations that the new old Speaker of the National Assembly will be Iva Miteva from ITN. He described today’s attack on Minchev as “help from a friend”

“We were invited to consult (b.r. with opposition forces in parliament) and we responded because we believe that there must be a minimum of dialogicity to be established in this political environment. The country is in a deepening spiral of crises, the main one being political. I wanted to ask my GERB colleagues if they see a political way out of this crisis, but I did not receive an answer. We cannot seek solutions without establishing a minimum of dialogue. Otherwise, we remain opponents and we told our colleagues that we would not support their vote. At least, because they can’t articulate what’s next. “Well, they will replace a worthy speaker of parliament such as Nikola (b.r. Minchev), a man who won even their respect. And what follows from that?” Ivanov added.

“I have the impression that Nikola knew very well what followed from his actions (no. for Gencovska) and with the full awareness that he will be removed from office, he got rid of it, because he is a worthy man who tried all the time to raise the level of the debate, to take care of the dignity of this parliament “, Ivanov was categorical. that Minchev was attacked for purely conjunctural purposes. “The entire opposition united around Slavi’s party so that the disintegration there would not last long. “The whole day was dedicated to” shedding blood “from the MRF, from GERB to ITN,” Ivanov said.

“The closed session would mean continuing with conspiracy theories. There was no new data, except for the well-known memorandum created by Ms. Genchovska and her team,” he explained.