How have the leaders changed? – eXtra.cz 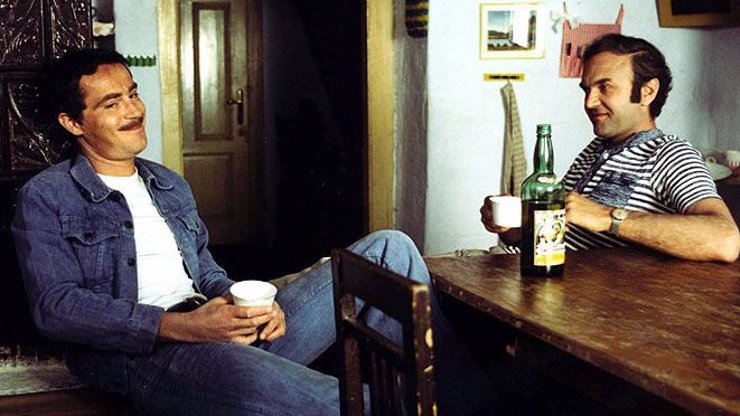 The comedy Alone by the Forest from 1976 is one of the most popular with viewers. It is repeated on television every year, and this year is no different. Czech Television broadcast it on Monday evening, December 27, so that viewers could once again remember popular characters, such as Mr. Komárek, Mr. and Mrs. Laviček, Lorenc or miller Radim. What do the leaders look like now? Take a look at the gallery!

Actor Zdeněk Svěrák si and film In solitude by the forest played Mr. Lavička, a man who wants to buy a cottage with his wife by the forest, where his family could spend time off outside Prague. Svěrák became one of the most important people in Czechoslovak cinema, starring in a number of films and writing successful screenplays for many of them (for example, Kolja, Vratné lahve, Obecná škola, Tmavomodrý svět or Vrchní, prchni! – editor’s note). Since 1994, he has also worked with the Paraple Center, which cares for patients with wheelchair-dependent spinal cord injuries. In addition, he is the artistic director of the Jára Cimrman Theater.

Daniela Kolářová she played Zdeněk Svěrák’s wife in the film. In real life, Kolářová is one of the most successful Czech actresses who are still cast today. Only in 2021 did she star in the fairy tale How Not to Marry a Princess and in the comedy Element, Shampoo, Dot and Charles. She has also performed in many theatrical performances.

Ladislav Smoljak was not only an actor, but mainly a theater and film director, screenwriter and one of the leading figures of the Jára Cimrman Theater. He has directed many successful films such as Ball Lightning, Top, Run! or Jara Cimrman lying, sleeping. In the film Alone by the Forest, he played the miller Radim Zvon, who accompanies the Laviček family through his mill and tells them many stories. The actor died of cancer in 2010 and played in front of the audience on stage ten days before the end.

Successful Czechoslovak actor Josef Kemr he starred in his film In solitude by the forest of his grandfather Komárek, who does not and will not move out of the cottage, which the Laviček family from Prague has fallen for. Actor Kemr has appeared in films since the 1930s. For example, he starred in the first Czechoslovak musical Old Men on Hops, then in the now legendary films School is the basis of life, Journey to the depths of the student’s soul, The Emperor’s Baker – Baker’s Emperor, Angel in the Mountains, Jan Žižka, The Good Soldier Švejk, jokes.