How covid-19 is complicating divorce cases in the United States

(CNN) — Denise thought her divorce was behind her. Then the pandemic came.

And it wasn’t long before the custody case she thought was closed wasn’t.

Covid-19 is a daily reality that millions of divorced and divorcing parents across the country are struggling to navigate. And divorce attorneys say that for many families, things are getting more and more complicated.

Issues like face masks, remote schooling and travel were already causing confusion among divorced parents with differing views on covid safety. Now parents are also increasingly arguing about vaccinations. Long-dormant cases are back on attorneys’ desks and sometimes make their way back to court.

Denise, a mother of two who asked to be identified only by her first name to protect her children, ended up having to go back to court after losing her job and getting a new one out of state. The problem would never have arisen, she says, if Covid hadn’t dried up her local Michigan job market, forcing her to cast a wider net in her job search.

At a time when she wanted to celebrate finding the job she needed to keep her family financially afloat, worry overwhelmed her. What if she couldn’t make the move?

And she is not alone. Divorce attorneys across the country told CNN the pandemic is having a huge impact on their cases.

Patrick Baghdaserians has a formula he uses to describe how difficult things are right now for many of his divorced clients.

Take what you already know about all the polarizing debates and panicky parenting decisions of the pandemic. And then, he says, “multiply that by 10.”

Pro-mask protesters hold signs during a demonstration about the Cobb County School District’s mask-optional policy on August 19, 2021, in Marietta, Georgia.

Because, adds the family law attorney in Pasadena, California, “you’re going through that situation with an ex-spouse, or someone you share a child with who you’re no longer involved with.”

Some people with strong views on coronavirus safety can avoid clashing with others who prefer a different approach, but many parents who share custody of children don’t have that option.

Covid is cropping up in almost every aspect of custody cases, says Jessica Kitain, a family law attorney in Philadelphia. And lately, he says, tensions have been running high.

“Everything is changing. CDC guidelines are changing. Mandatory things are changing,” she says. “Most people in custody cases operate with a written agreement where the terms are set out, and they are clear, and everyone knows what to do. Now that has become a moving target. We are constantly proposing new terms.”

Should children be taken out of school due to the advance of covid-19 in the United States? An expert answers

Even some parents who used to agree, she says, are struggling to find common ground.

“Now all of a sudden they find themselves fighting, even though they’ve never had a custody battle before,” she says.

She fears sending her children into danger

In the end, the court approved Denise’s move out of state and allowed her to keep full custody of her children.

But now, more than a year later, Denise says another fear overwhelms her. Just before the holidays, she learned from a mutual acquaintance that her ex-husband is not vaccinated against covid.

Still, her attorney warned her that she still needed to send her children to visit their father in Michigan as previously agreed.

“Knowingly putting your child in a situation you think is dangerous is enough to rip your heart out. It’s not what you want to do. You are programmed to protect your children. And to put your children in a situation that you feel is not safe is very difficult. But I couldn’t do anything,” he says.

“It feels a bit like handing my kids over to a burning building.”

A father walks with his son in front of an elementary school in New York City on December 7, 2020.

So far, he says, his children have not been infected with covid. They are scheduled to visit their father again over spring break. Denise says that she will be nervous all the time, but feels like she has no choice. His only consolation: knowing that his children are vaccinated.

“My only sense of comfort is what I have done to protect them,” he says, “because their father will do nothing for him.”

In Denise’s case, her attorney told her that while there were examples of judges in Michigan ruling in favor of parents who wanted their children vaccinated despite another parent’s objections, there were no cases of judges forcing parents to vaccinate themselves against covid.

But in at least some states, that problem is starting to surface.

Do you have doubts about your children’s covid-19 vaccine? expert answers

In August, a judge in Cook County, Illinois, stripped a mother of child custody rights because she was unvaccinated, according to The Chicago Tribune. The judge rescinded the sentence a few weeks later.

In October, a New York Supreme Court judge ruled that a mother could require her unvaccinated ex-husband to get vaccinated or tested for COVID-19 in order to spend time with their 3-year-old son. .

“The danger of voluntarily remaining unvaccinated during access with a child while the COVID-19 virus remains a threat to the health and safety of children cannot be underestimated,” Judge Matthew F. Cooper said in his ruling.

Late last year, a Los Angeles judge ordered an unvaccinated parent to either get vaccinated or provide a statement from a doctor explaining why he couldn’t.

Baghdaserians, who represented the mother in the Los Angeles custody case, say her company’s Facebook page was flooded with comments, some criticizing government overreach, after the Los Angeles Times recently published a story about the decision. judge. Baghdaserians argued that the judge was doing what was best for the minor.

“That has been a very, very hot topic. Probably the hottest topic in the United States right now, probably the most divisive,” he says. “I have never received so much praise and so many inflammatory messages.”

Parents are panicking over Facebook posts and travel plans

Covid vaccines aren’t the only pandemic-related issue cropping up in custody battles.

In a survey the American Academy of Matrimonial Lawyers conducted among its members last year, attorneys described conflicts over face masks, social distancing, and in-person versus virtual learning.

“As infections go up, so do these problems,” says Cary J. Mogerman, a family law attorney in St. Louis and president of the academy.

Lawyers say the quieter scheduling conversations that occurred during the first days of the lockdown have given way to more pressing matters that continue to come up, such as sudden concerns about travel plans or possible exposure to Covid.

But many issues that parents see as urgent, Kitain says, won’t be seen as urgent by courts that are already backed by pandemic-related delays. That leaves lawyers trying to get creative and negotiate outside the courtroom, he says, at a time when emotions are running high and time is running out.

“There’s a lot more quick thinking, practical thinking, late-night phone calls, middle-of-the-night messages, screenshots of text messages talking about these things — (one customer says) ‘I saw you guys on Facebook at an event with 56,000 people and the children are not wearing masks. Look at these pictures'”.

Families who had reached agreements on safety protocols in the past are now seeing those agreements fracture, she says.

“I feel like we’re back in March 2020. It’s polarizing… There are more people who are ready to move on… They don’t want to go back to protocols. And every person in the house is vaccinated. So they don’t want to do it,” she says. “And there’s another parent who says, ‘What do you mean?'”

Natalia Wilson, a Washington family attorney who also practices in Maryland and Virginia, says traveling has become a major bone of contention for several of her clients. One desperately wanted to take his son on a once-in-a-lifetime family trip, but couldn’t get the other parent to agree due to covid fears.

Another client, he says, learned that his daughter had been exposed to Covid while visiting her father, but the father did not agree to test her or quarantine her before putting her on a plane home.

“There were so many battles over when to trade, when to share information, when to test, who should be the first to know. They couldn’t be on the same page about what to do with this little person, who’s sad that they got caught in the middle, because there were two very different approaches to what it meant to stay safe,” says Wilson.

But in some cases, there is a silver lining

These days, lawyers say tense divorces seem to be getting even more hostile, with Covid adding fuel to the fire. And custody battles can be fierce. But there’s also another side to the coin: Some divorced parents, they say, are actually doing a better job of working together.

“There are parents who are getting along better than ever because maybe they trust each other more,” says Kitain, the Philadelphia family law attorney. “Some people were forced to work together. Some people maybe got more custody than ever, because for the first time since the separation, during the quarantine they are with their child for two weeks.”

Wilson says he has seen many clients come up with creative solutions to manage virtual school. And in one case, he saw parents who had been fighting for months in an acrimonious divorce hearing come together in an unexpected way.

His last divorce hearing took place on Zoom. They were sitting in separate rooms in their home, facing separate computer screens, until technical difficulties prevented one of them from logging on. Before long, they were both sitting next to each other in the same room, giving testimony: their faces together in a rectangle on the screen.

Wilson says he never expected to see a show, and a reminder that even in the most contentious cases, parents can still find a way to work together. 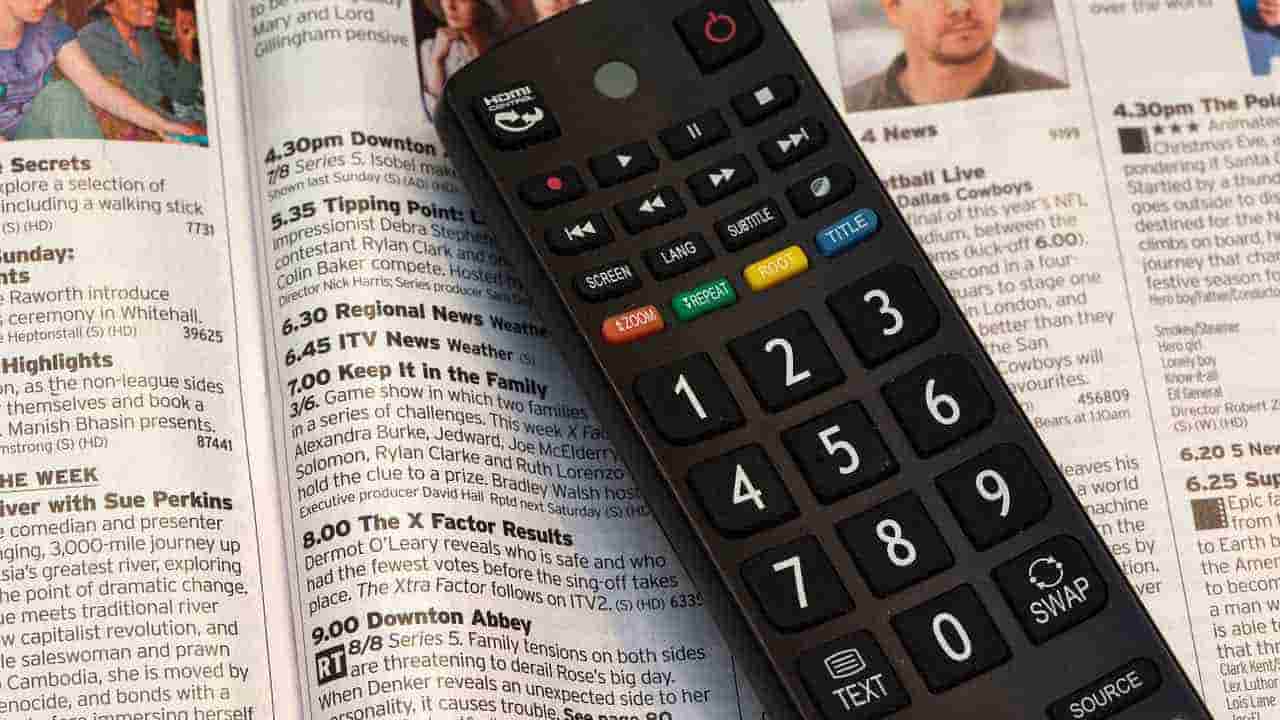 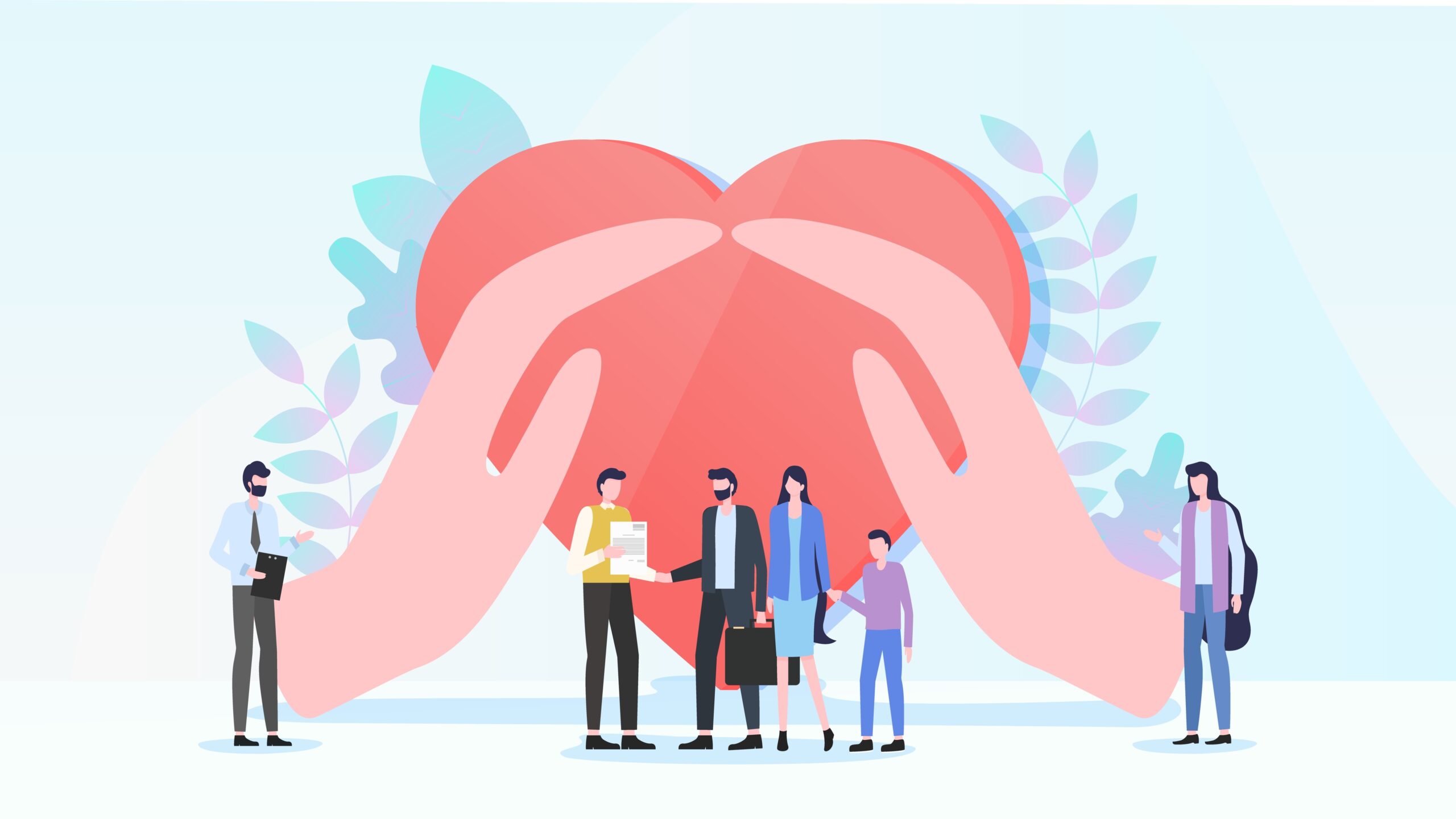 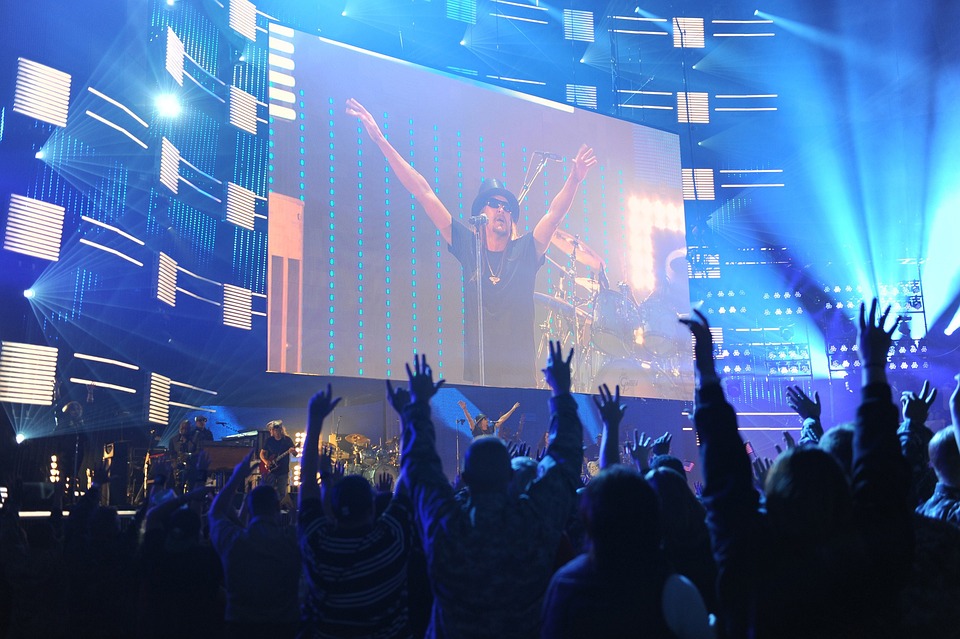 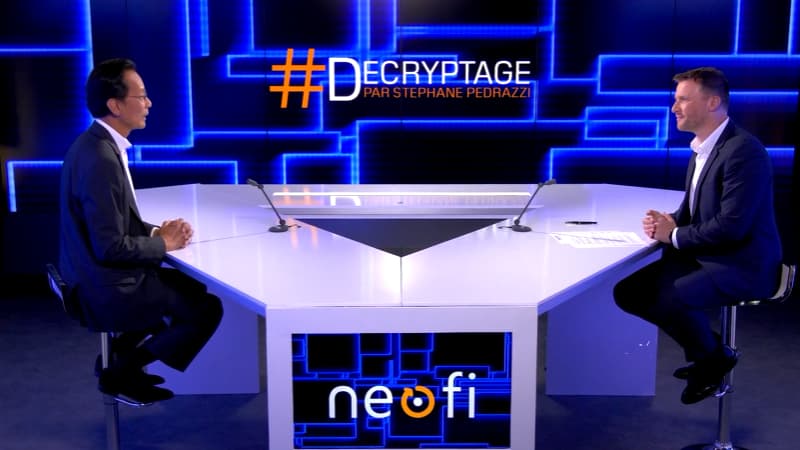 Automation of data processing, a crucial issue for treasurers 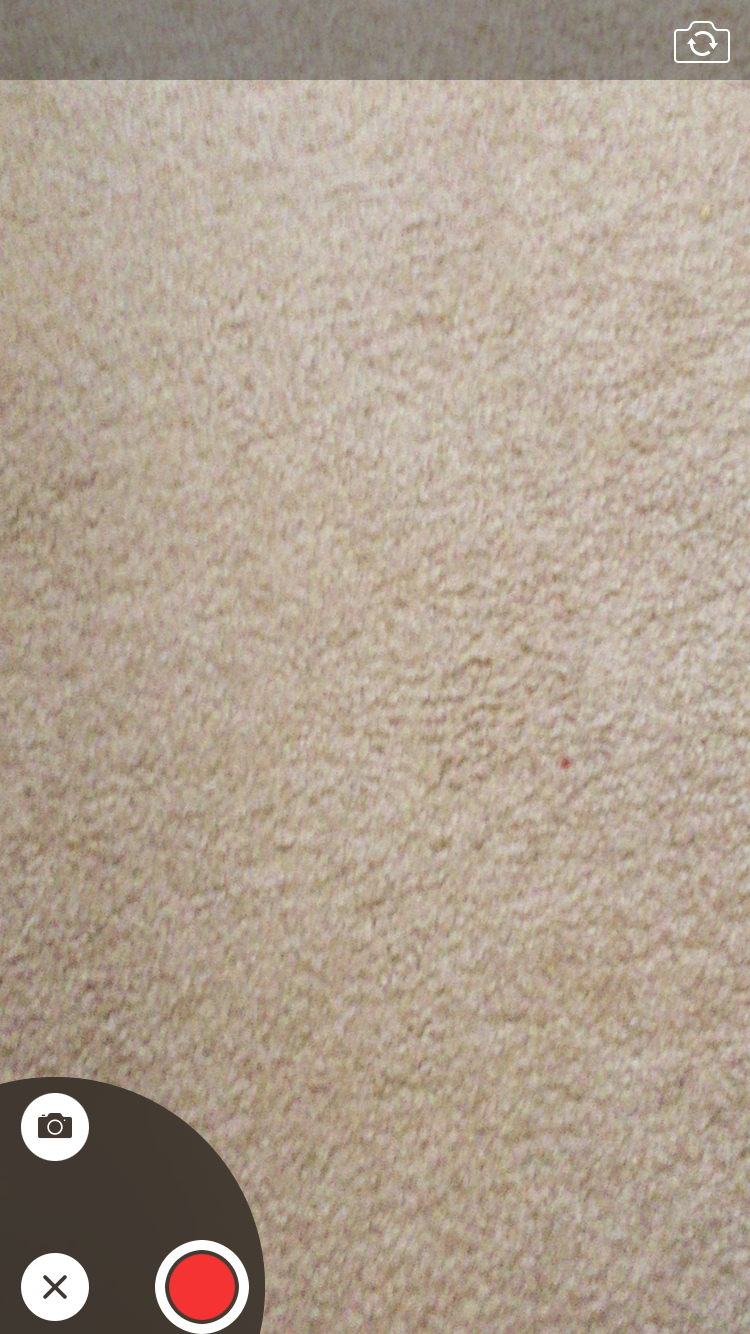 How to send photos and videos in iOS 8 messages 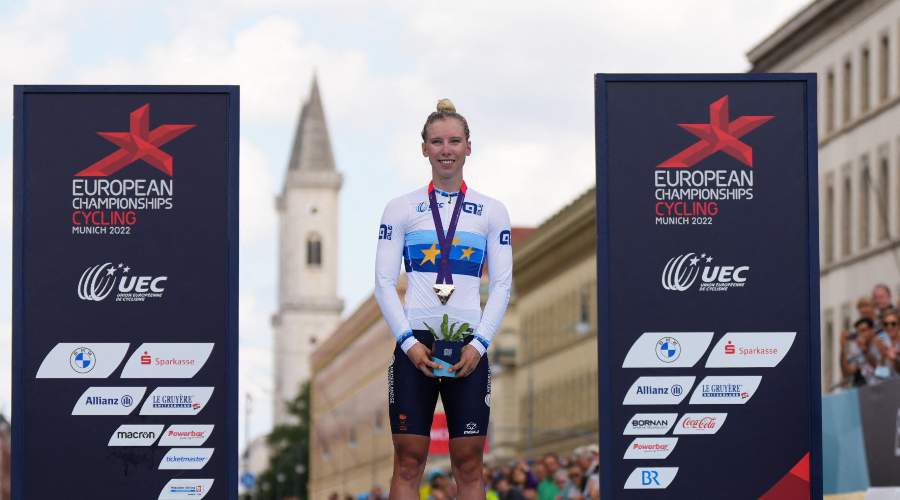 Wandering hands on the champion of Europe 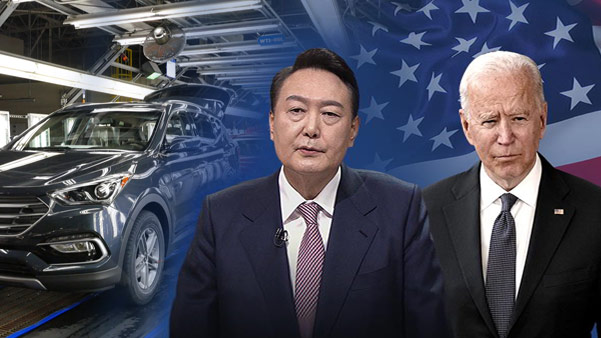 AAI continues to sell IPO shares, Asian shareholders have the right to subscribe 6,373 for 1 new share, scheduled for trading in SET this year