In some places, the pain of local government reform has not completely subsided even after 50 years: While the license plates of the dissolved districts from MET for Mellrichstadt to GEO for Gerolzhofen and OCH for Ochsenfurt have been very popular since their re-registration in 2012, the former license plates are GEM for Gemünden, KAR for Karlstadt, LOH for Lohr and MAR for Marktheidenfeld did not return. In the district of Main-Spessart, the MSP license plate must be enough for all motorists: Ten years ago, the responsible district politicians thought the danger that old wounds that had long been thought to be healed could burst open again through the old license plates.

On July 1, 1972, the merger of 143 to now 71 rural districts was the first step in municipal area reform in Bavaria. The aim: to concentrate the number of administrative units. In Lower Franconia, the previous 22 districts and five independent towns became nine districts and three independent towns. While Würzburg, Aschaffenburg and Schweinfurt were able to retain their status, Kitzingen and Bad Kissingen were integrated into the districts of the same name. Since then, both have held the title of “large district town”, which grants them a number of special rights – above all the opportunity to elect a mayor to the political leadership.

Municipal area reform until 1978: Of the 988 municipalities in Lower Franconia, just over 300 remained

As a result, the municipal area reform was pending until 1978. Throughout Bavaria, the number of municipalities belonging to the district fell from almost 7,000 to around 2,050, in Lower Franconia from 988 to initially 304. In 1994, Ermershausen (Haßberge district) was the 305th municipality to join. In many places there was a long debate about the right municipal partner, sometimes arguments – and then a vote was taken, although not every vote was accepted by the higher authorities. Promises such as the construction of kindergartens, roads or sewage systems helped many villages to ease the pain of losing their independence. In the end, time healed most wounds.

So Ermershausen fought for his independence

In Ermershausen in the Haßberge mountains, meanwhile, only years of political pressure brought about peace. Hardly anywhere else in Bavaria did the locals fight so vehemently and persistently for the independence of their community. Led by Mayor Adolf Höhn (1932-2013), the citizens even barricaded their town hall in May 1978 to prevent the municipal administration from being relocated to nearby Maroldsweisach. Several hundreds of riot police were finally needed to enforce the removal of documents and files.

The Ermershäuser remained stubborn, for years they boycotted all elections, among other things. With success. After the Free State had declared the incorporation failed, Ermershausen became independent again on January 1, 1994 – and master butcher Höhn was re-elected mayor. With 543 inhabitants, the former rebel village is still the smallest independent community in Lower Franconia.

It is experiences like these that have so far prevented politicians in Bavaria from taking further steps towards consolidating the municipalities, for example through mergers within the administrative communities. When Prime Minister Markus Söder (CSU) and his Minister of the Interior, Joachim Herrmann (CSU), who is responsible for municipal supervision, honor the mergers from 1972 to 1978 at a ceremony this Friday in Erlangen, regional reform 2.0 will not be an issue.

An overview of what changed in Lower Franconia as a result of the reforms of the 1970s.

City and district of Würzburg

The district capital of Würzburg grew in the course of local government reform to include the previously independent communities of Lengfeld, Versbach, Rottenbauer, Oberdürrbach and Unterdürrbach. Since then, it has repeatedly been regretted that the metropolis was not granted greater growth. Gerbrunn, Höchberg or Zell, where the border crossings flow into the city area, remained independent.

Today, 91,985 people live in the 31 communities in the Kitzingen district on an area of ​​684 square kilometers. License plate: KT

The formation of the district of Mittelmain, as it was called until 1973, was the most discussed in the course of district reform in Lower Franconia: large parts of the former districts of Karlstadt, Gemünden, Lohr and Marktheidenfeld merged. Among other things, the uninhabited villages in the area of ​​the Hammelburg military training area (today Bad Kissingen district) were “lost”. The discussion about the district seat tore deep wounds in the population. Central Main district administrator Erwin Ammann (CSU), previously district chief in Karlstadt, punched through the city against the industrial center of Lohr, which was initially planned in Munich, as the “capital” for Main-Spessart. The soul of the people boiled in Lohr, and several thousand citizens drove to Munich in a special train to protest against the decision. Veteran CSU members resigned from the party and founded the Main-Spessart-Union, which existed until 2005.

Today, 126,129 people live in the 40 communities in the Main-Spessart district on an area of ​​1,321 square kilometers. License Plate: MSP

City and district of Schweinfurt

Even more than Würzburg, Schweinfurt can lament the lack of development opportunities due to the local government reform. In the 1970s, it was the only city in Bavaria that did not have a square meter of additional populated area. Only the area of ​​today’s Maintal industrial and commercial park, which was used for agriculture at the time, was added at the expense of the municipality of Grafenrheinfeld. According to legend, the CSU wanted to prevent Schweinfurt, which was then governed by the SPD, from growing. The district of Schweinfurt was expanded to include large parts of the district of Gerolzhofen and individual communities in the former districts of Karlstadt, Hammelburg and Hofheim.

The district of Haßberge consists largely of the former districts of Haßfurt, Hofheim and Ebern. There are also the villages of Geusfeld, Wohnau and Wustviel from the old district of Gerolzhofen. Individual communities such as Baunach, which was previously in the district of Ebern, went to the district of Bamberg at their own request. This also meant a change of government district – from Lower to Upper Franconia. Ultimately, Ermershausen’s “freedom struggle” made most of the headlines in the course of the subsequent municipal area reform.

Today, 84,410 people live in the 26 communities in the Hassberge district on an area of ​​956 square kilometers. License plates: HAS, HOH, EBN, GEO

In addition to the town of Bad Kissingen, which was independent of a district until 1972, the new district of Bad Kissingen essentially consisted of the old districts of Bad Kissingen, Bad Brückenau and Hammelburg. In addition, there were areas from the former districts of Gemünden and Karlstadt that are located in the area of ​​the Hammelburg military training area. They were incorporated into the urban area of ​​Hammelburg. Burglauer and radiations migrated to the Rhön-Grabfeld district. The people in Premich and Stangenroth in particular showed resistance to the municipal area reform – even to the point of boycotting the elections. In the end, both villages had to enter into a forced marriage with Burkardroth.

Today, 103,457 people live in the 26 communities in the district of Bad Kissingen on an area of ​​1137 square kilometers. License plates: KG, BRK, HAB

City and district of Aschaffenburg

Today, 128,904 people live in the 32 communities in the district of Miltenberg on an area of ​​716 square meters. Car registration: MIL, OBB 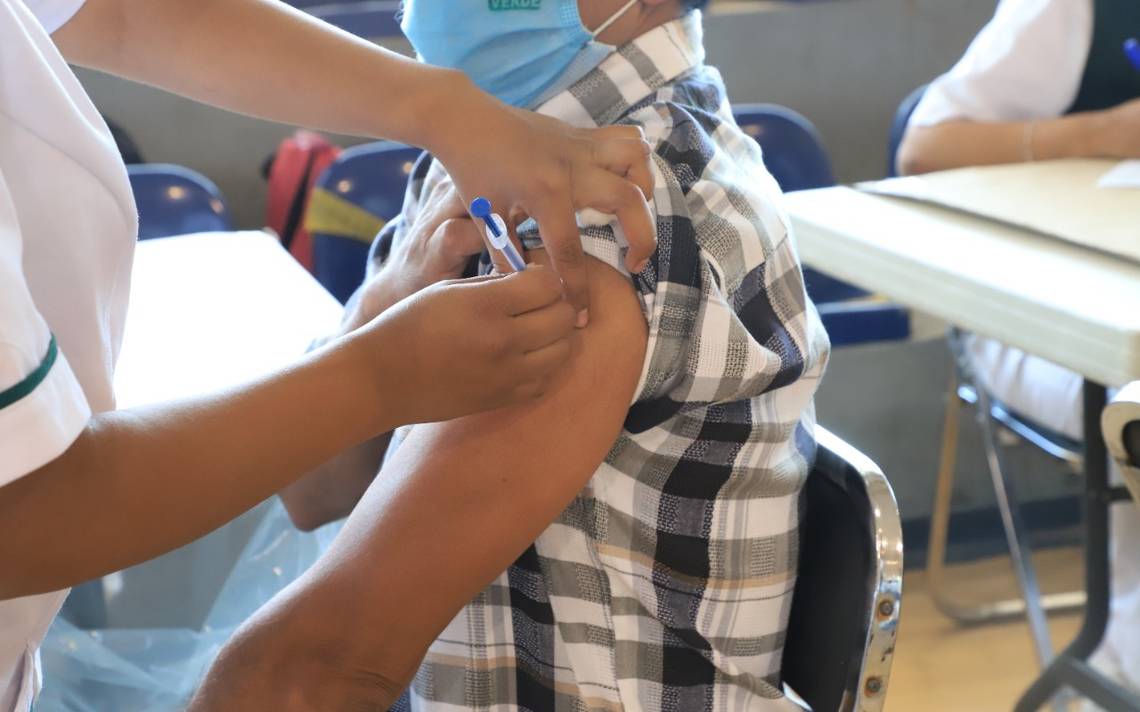 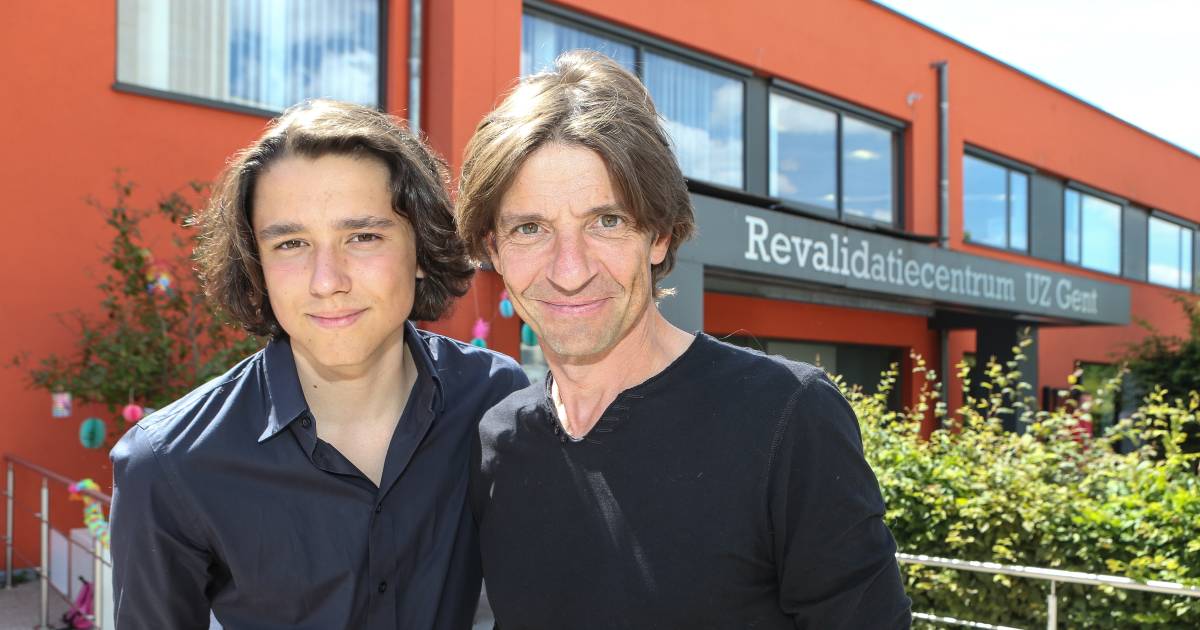 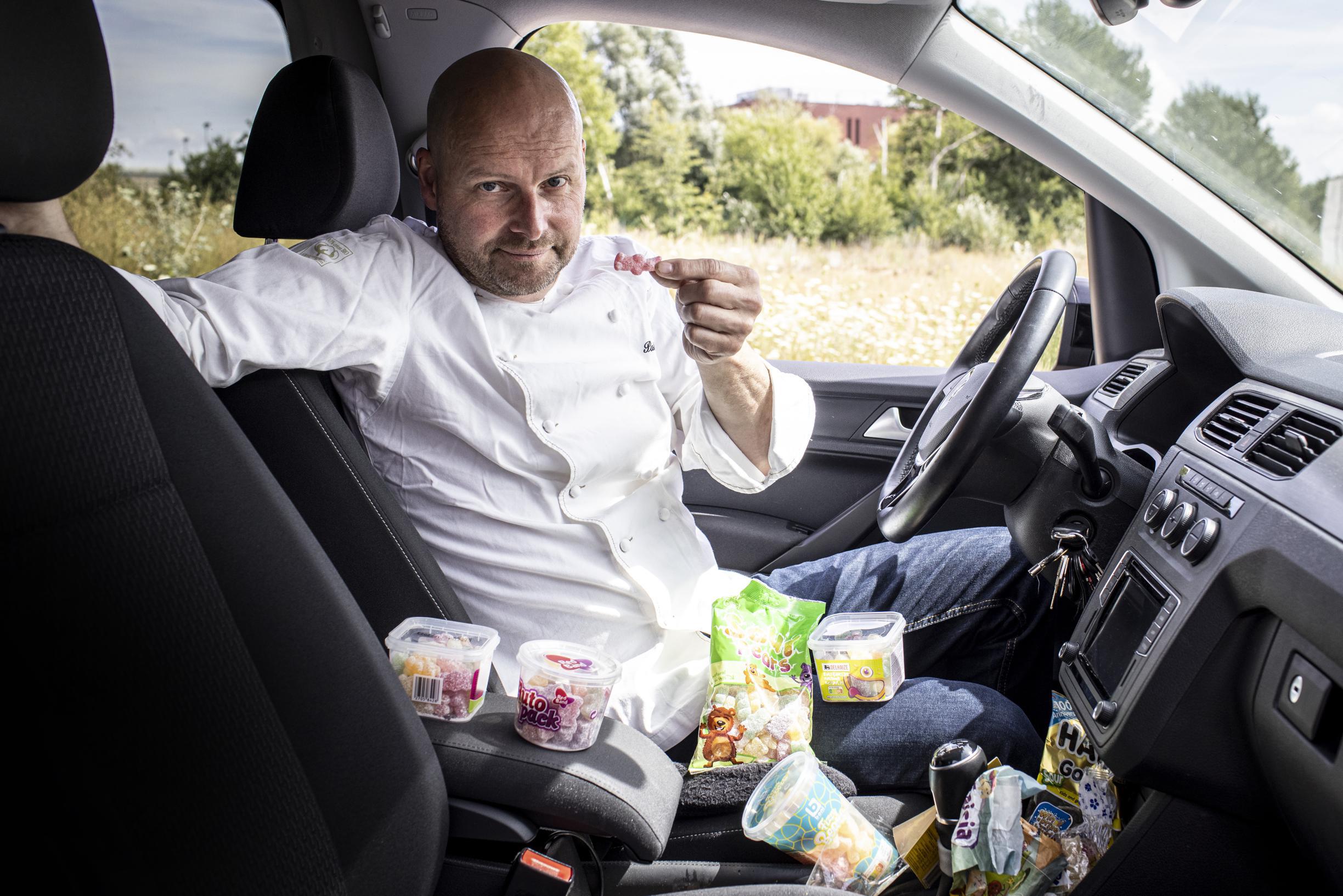 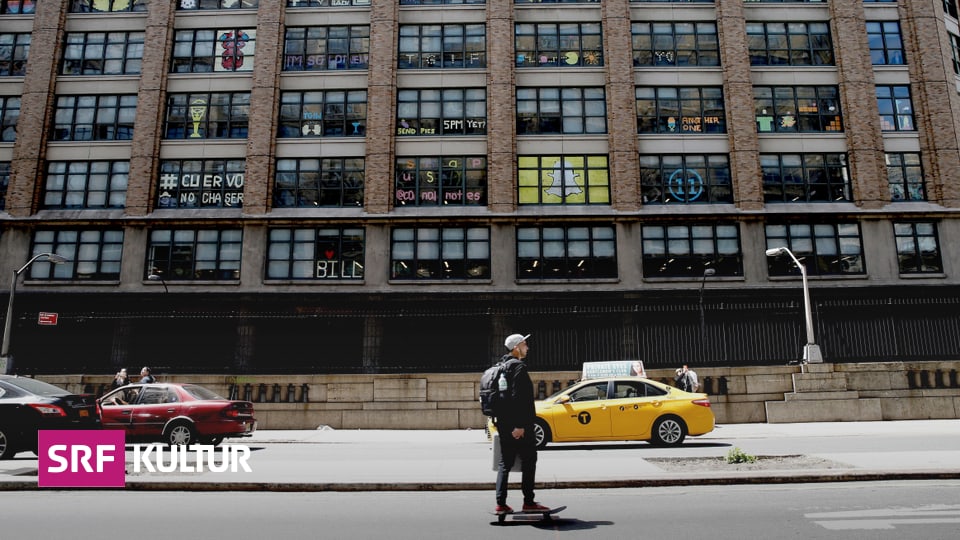 Creative place, hard pavement – those who make art in New York are in bad luck – culture 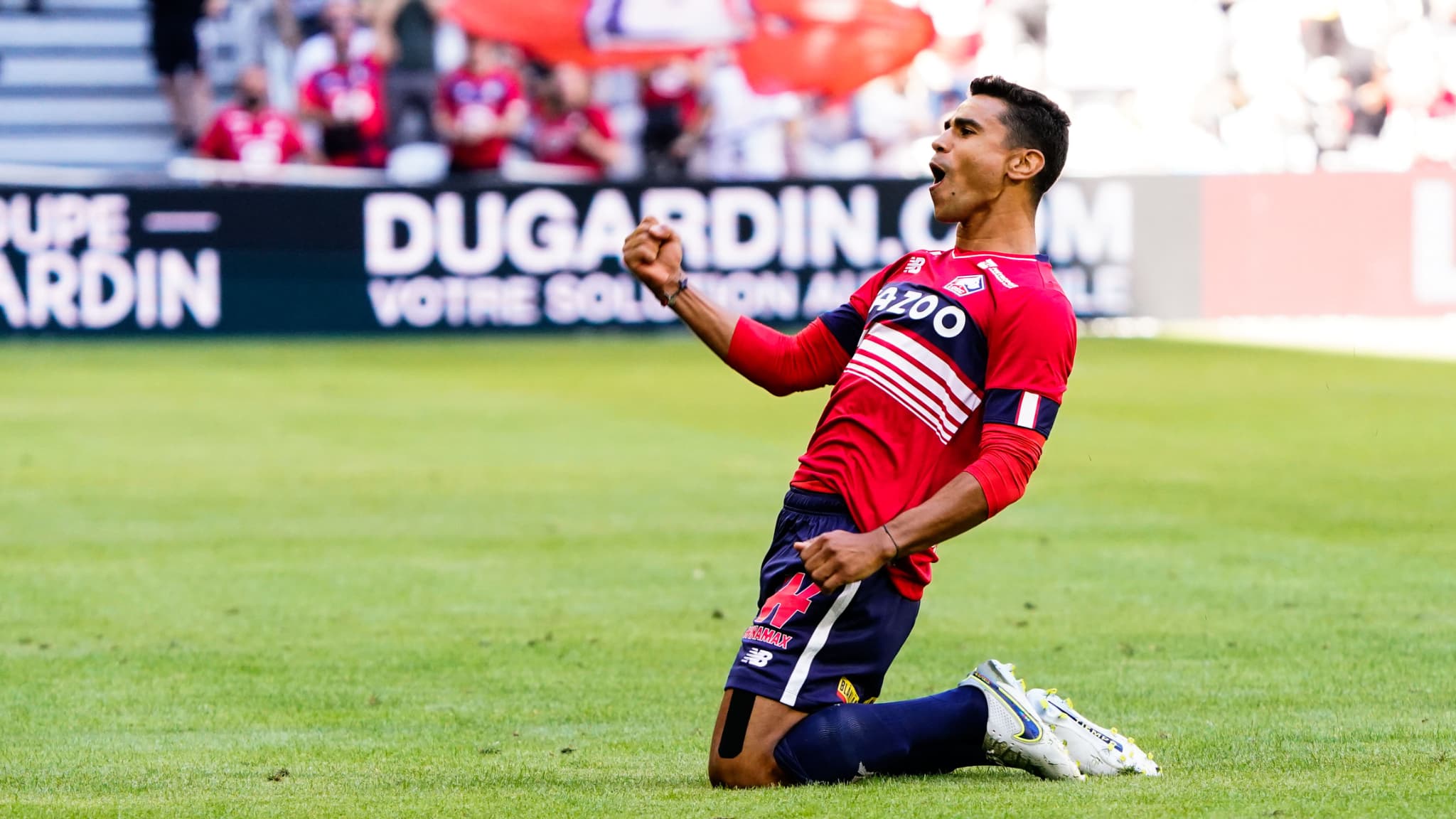 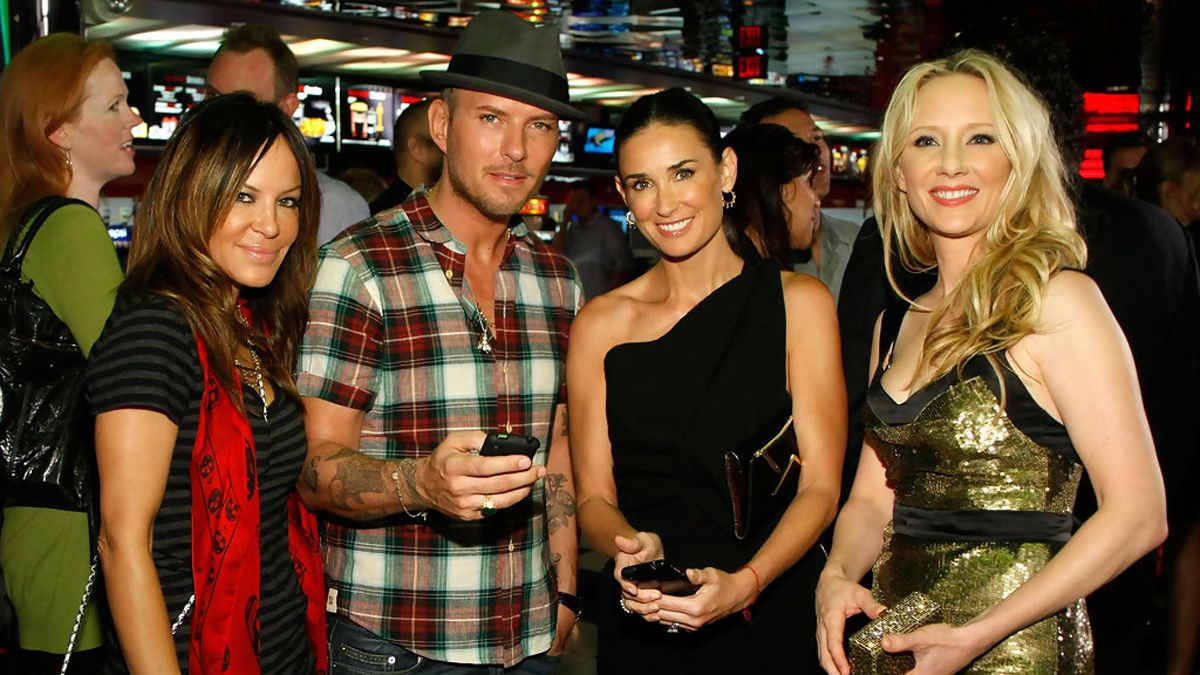 Famous American actress fights for her life after a serious accident 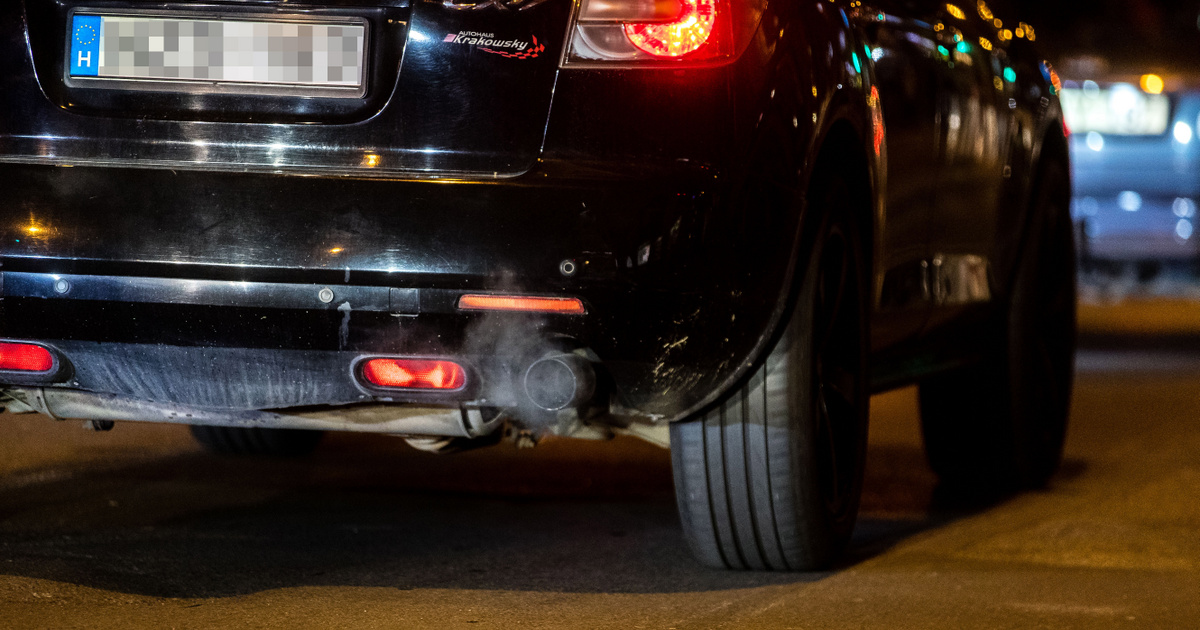 Both FCA teams start the group league with clear victories