JAKARTA, KOMPAS.com – Honda HR-V has been officially launched in several countries. Without a long wait, Honda has also given a little teaser of the appearance of the latest generation CR-V.

Some time ago, the original form of the latest CR-V leaked from media from China. The appearance is not much different from patent image which had circulated as well.

Quoted from Autoindustriya.com, Wednesday (25/2/2022), Honda finally officially released the teaser of the sixth generation CR-V. The design is still the same as that circulating in China.

However, this time is a little different, because the CR-V on display is equipped with a hybrid engine. This is known from the emblem on the back.

Overall, the design is also not much different from the HR-V. Likewise for the headlights, where there are DRLs just above the headlights, as well as the trapezoidal grille.

Read also: This is how the latest generation of Honda CR-V looks

Honda is also known to change the rear of the CR-V, such as the exhaust, rear door, and spoiler. However, the taillights are still maintained using the L-shaped model as a characteristic. 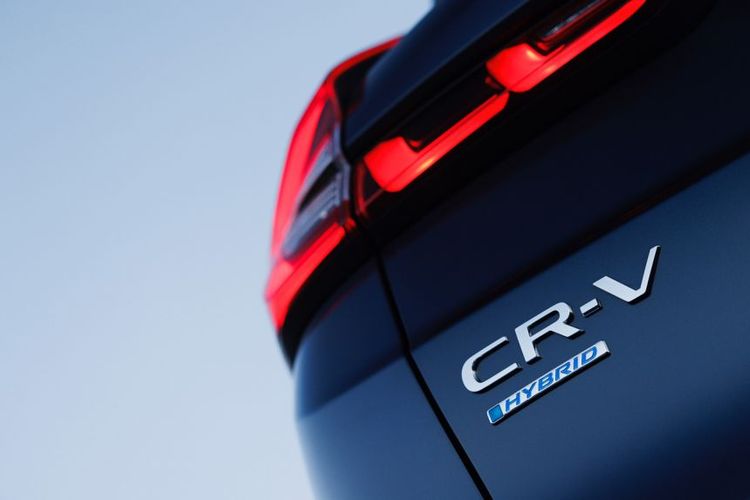 Unfortunately, the appearance of the interior has not circulated. Many say the design will not be much different from the latest Civic, because the CR-V is built using the same platform.

For the engine sector, the details are not yet known. But, what is clear will be a hybrid variant. Although, for the Indonesian market, it seems that it will not be launched yet. Most likely, Honda will keep the 1.5 L VTEC Turbo engine for the Southeast Asian market.

about launch, Honda CR-V The sixth generation is believed to be marketed in the first half of 2023.