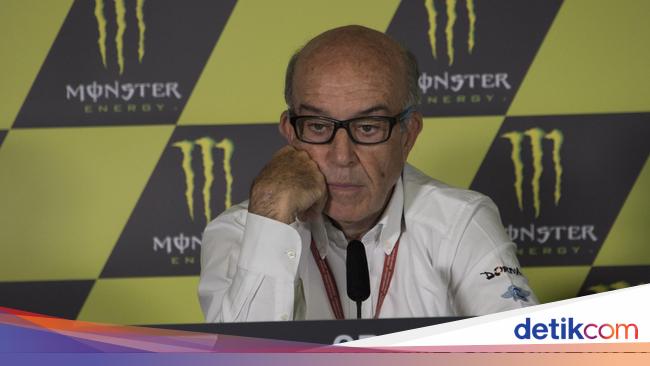 Repsol Honda recently complained about MotoGP being boring. Repsol Honda said the more sophisticated technology on the motorbike, making it difficult for the riders to overtake in front of him.

The racer is also said to be unable to show his abilities and maximize the potential of the motorcycle engine. The technology highlights the integrated winglet design on the fairing for aerodynamics and the holeshot device for lowering the height of the bike.

In addition to making it difficult for the rider to overtake, according to Repsol Honda, these technologies also affect the rider’s physique. Riders often suffer from muscle injuries in the forearm, and this is a common problem for most riders.

Dorna Sport boss Carmelo Ezpeleta answered the complaint. According to Carmelo, so far there have been no problems with the overtaking. For him, MotoGP is now better and most importantly still pays attention to the safety of the riders.

“There has never been an overtaking problem. Currently there are two parameters, namely safety and sustainability, a more efficient engine and a prolonged economy in the race. How many teams have withdrawn? Currently the satellite team can continue racing,” said Ezpeleta, quoted by Marca.

Honda’s complaint is not limited to the use of increasingly sophisticated technology. The number of series held is also considered to make the race less competitive. Drivers must be able to run for more than eight months of continuous competition, a very long time for competition at the top level.

“The championship has been a test of consistency, and it is almost more important not to make a mistake or collect zeros or get a bad score than the rare advantage that comes with a win over second or third place,” Honda wrote.

Responding to this, Ezpeleta also said that currently all riders competing in MotoGP are very competitive. No one stands out from the rest.

“Today’s world championships are different from the 1980s. All the drivers are good and some are extraordinary. The thing that has changed is that they are more competitive. There are other important factors like luck. After an accident you may or may not be injured,” he explained again.

Watch Videos “Mandalika Circuit Ready to Hold MotoGP, How Much Does It Cost Per Season?“
[Gambas:Video 20detik]
(dry/din)