Hockey Sparta is close to advancing to the Champions League playoffs, Třinec is celebrating its first points 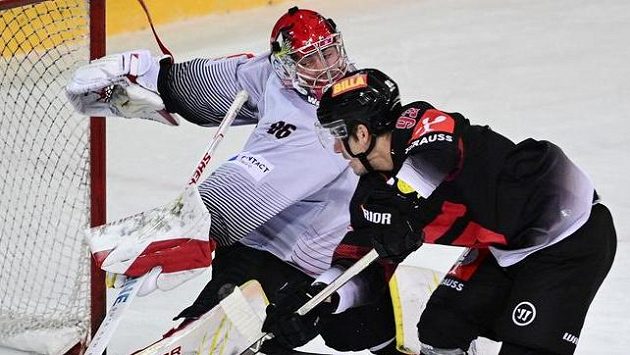 The Prague team took the lead in the 12th minute, when Doležal opened the score after an individual action. However, the guests responded in a flash thanks to Andersen, who overcame Salák 31 seconds later. Kaše also used a more open defense, for whom he prepared a goal with an accurate pass Řepík.

Bremerhaven, in whose jersey the Czechs Eminger, Dietz and Uher also presented themselves in Prague, but still answered in the first third. After Doležal’s hesitation and for Salák’s unfortunate rebound of the puck from the back guard, Kinder leveled.

Sparta could get back in the lead in overpowering games, but did not punish any of the four penalties of the opponent in the second part. The closest goal was Horák in the 27th minute. He took care of changing the score up to 24 seconds before the end of the second period of Prymul.

The home team was similarly successful at the beginning of the third period, when Řepík caught an erroneous pass from the guests during the power play and Moravčík completed his action. Goalkeeper Franzreb capitulated for the fourth time in 40:53. Defender Mikliš had the last word.

The matches of the two teams, which were without a point before the match and without a chance to advance to the playoffs, were decided in Třinec by the goals of David Kofrona, Ondřej Kovařčík and Roman Szturec. David Kacetl kept a clean sheet.

The Czech champion lost in previous matches with Friborg (2: 6, 3: 4) and Leksand (2: 3, 1: 3). The steelmakers thus gave the opportunity to players from their partner club and “pulled” one defender and six forwards from the first league Frýdek-Místek. Apart from the two injured in full strength, Slovan came close to the first goal in the sixteenth minute. But Harris’s shot was stopped by a stick in a power play.

The score changed at the beginning of the second period, when Kofroň ran Jaroměřský’s throw from the blue line. The beginning of the third period also came out for Třinec. Ondřej finished the interplay of the Kovařčík brothers, who led the elite line, into an empty goal after Michal’s passport. The home team still used their only power play in the 50th minute. He scored from the left circle of Szturc, who is the team’s best scorer in Frýdek-Místek with five goals. On the other hand, Kacetl covered all 27 shots.

Both teams will meet in their last match of this year’s Champions League next Wednesday in Bratislava.

Flemish minister Peeters about Brussels plans: “Reducing unilateral lanes on A12 is not possible”

Arrested couple have sex in a police car