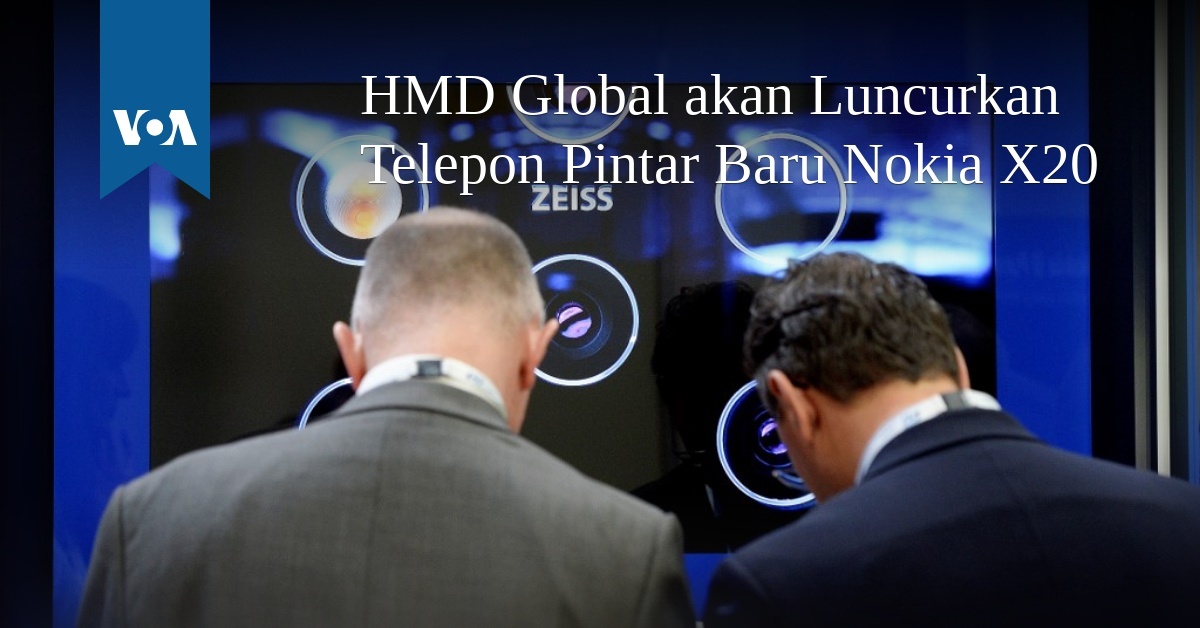 The new Nokia X20 is now a smartphone (smartphone) a leader in HMD Global’s line of mobile phones and part of a new configuration of mobile devices for budget buyers.

With a six-three-quarter-inch FHD + screen, 5G connectivity, and a four-lens Zeiss camera, Nokia packs a lot of premium features. However, without a premium price tag when launched in May, the price ranges from 349 euros or around $ 414 USD.

The HMD follows in the footsteps of Apple and Samsung and doesn’t include a free charger and headphones, instead only includes a case made of eco-friendly materials.

HMD Global CEO Florian Seiche stated, “This will be the first 5G offering at the mid price level of the product platform. But we include premium features such as Zeiss cameras or other features at an affordable price. That’s what we have always focused on.”

Seiche admits HMD faces challenges in supplying its computer chips, part of a worldwide shortage that affects all electronics companies and car manufacturers.

Even so, the Global CEO believes the launch of the new device will not be affected.

“In fact, the demand for critical components such as chipsets or display screens is increasing exponentially. Therefore, we are focused on securing sufficient supply to fuel our growth,” he said.

The shortage of computer chips has occurred in various markets since last summer.

Samsung Electronics, one of the world‘s largest chip makers, recently warned its consumer electronics product line would be affected by the shortage.

“The chip shortage is bad for all manufacturers. Even Apple and Samsung will have to readjust their production plans based on this chip deficit,” said cellular analyst Ben Wood of CCS Insight.

Read Also:  It costs 'apupado' on social media after "nonsense" about antibiotics

“However, large-scale business players will bounce back, much faster than mid-level players who are forced to take advantage of whatever components are available.”

Nokia, once the world‘s number one cellphone maker, sold its slumped cell phone division to Microsoft in 2014.

HMD Global obtained the licensing rights to the Nokia mobile phone brand at the end of 2016. [mg/jm]