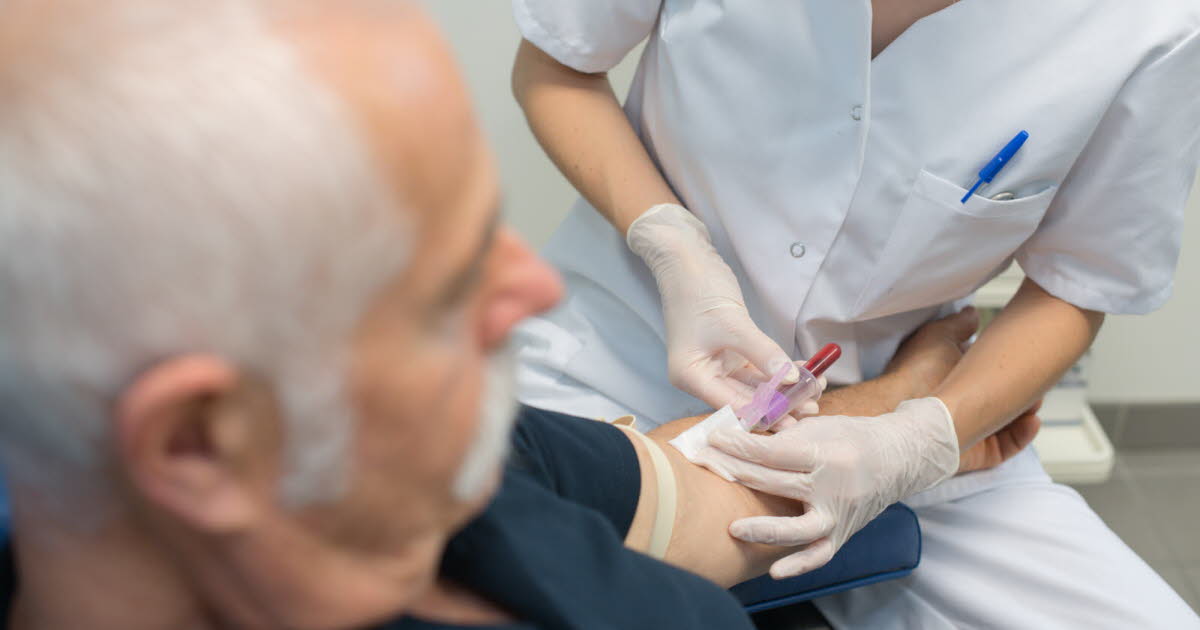 Currently, the diagnosis of Alzheimer’s disease is based on cerebrospinal fluid tests or positron emission tomography. However, these tests are both expensive and invasive.

It is with the aim of making the identification of this pathology more accessible that neuroscientists of the Pittsburgh School of Medicine have developed a new blood test.

They were based on a new biomarker of the disease: the brain-derived tau protein or BD-tau. Objective: to distinguish Alzheimer’s disease from other neurodegenerative diseases such as Parkinson’s.

Indeed, in this new test, it is a specially developed antibody that attaches exclusively to BD-tau, ie the protein produced by the brain. Because in other pathologies, tau proteins can also be produced outside the brain and mislead.

Validated with 600 patients from 5 independent cohorts, this test demonstrated that the levels of BD-tau detected in Alzheimer’s patients corresponded well to the levels identified through cerebrospinal fluid tests. This also makes it possible to clearly distinguish Alzheimer’s from other degenerative diseases.