Hats off to the people who were preparing the vaccination registration system, says Havlíček – ČT24 – Czech Television 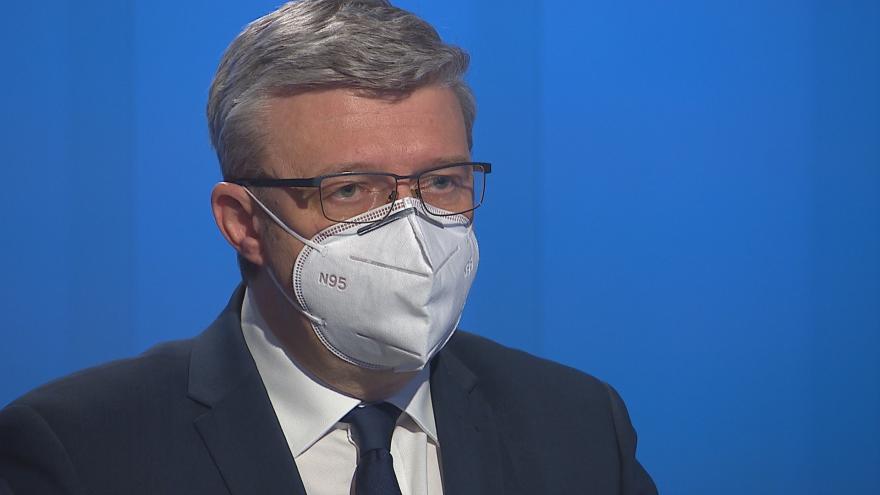 “Hat down,” Minister Karel Havlíček smirks, at least figuratively, in front of the creators of the vaccination registration system. According to him, they did an amazing piece of work. It takes errors in the system as marginal. “It works without a problem during the day, we already have over 100,000 registered people in it. The system withstood the load, “thinks Havlíček.

According to him, the opposition is abusing the vaccination to criticize the government. According to the Minister of Health Jan Blatný (for YES), the main limitation of the system is the lack of vaccines. Minister Havlíček then stated that he had been communicating with mobile operators for a long time and that they knew about the planned reservation system with the help of SMS.

Vaccination: every mobile operator increased the channel for verification SMS to 50 sms / second this morning. Currently everything is going OK. Please guys from @ChytraKarantena a @vdzurilla to tell us next time about the idea of ​​sending verification SMS to the whole nation less than an hour after launch. Thanks.

At the same time, Havlíček points out that it is necessary to prepare for the time when a larger amount of vaccines will be available. “Sometime from March, from April, the number of vaccines will increase, and then it will be about logistics, communication and systems,” said Havlíček.

According to him, the information system is well set up, the challenge will be the actual distribution of vaccines. In this, Havlíček expects that only then, for example, the governors will show how well they can organize distribution.

Havlíček sees the question of whether a queue of people in the vaccination system should be formed as a topic for discussion, who will register for many months before the deadline reaches them and really receive the dose.

In the next part of the program, the Minister commented on programs to support the economy. “If we don’t do other programs, people will tell us we forgot someone. If someone lives in the illusion that there will be one program and everyone will be satisfied, they will not be, “thinks Havlíček and thus responds to the criticism of the fragmentation of individual support programs.

However, he acknowledges that despite the fact that the government comes up with a new program almost every week, there are people who fall through the sieve and do not get to them. Therefore, he would like to make a final program, the so-called lifebuoy, which could be used by entrepreneurs who have not obtained other support. The system would work on the basis of costs that entrepreneurs can prove.

On the contrary, Havlíček still rejects compensation based on sales. They will find it unfair. “This is exactly what happened in Austria, so they reduced the compensation. Sales have a profit, we want to compensate on the basis of costs where there is no profit, “thinks Havlíček. Whatever compensation program is devised, it will never be ideal for everyone, says the minister.

“The costs are indisputable, and whether it is rent or people, we are now trying to cover the costs for companies. The sale is already speculative and it is difficult to discuss what it would be like if it were not covid, “argues Havlíček.

Havlíček responds to the criticism that some entrepreneurs still did not receive compensation, for example, for June last year, stating that his office processes applications within two to three weeks. “It depends on when he sent it to us and if his request was OK. 40,000 applications came and on Friday we had paid about 80 percent, “comments the case of the covid-rent program.

In the anti-epidemic PES system, the government wants to adjust the range of products that can be sold in the worst condition at level five. “It is very likely that we will put a stationery segment there,” advises Havlíček.