Has Professor Raoult’s team circumvented the compulsory opinion of a personal protection committee? You are asking us about a controversy that arose in April from the presentation of work by researchers at the IHU Méditerranée infection on the effects of hydroxychloroquine (HCQ) and azithromycin in people with Covid-19. With this question: did the study follow the procedures relating to patient protection?

In France, in fact, to be able to conduct “research involving the human person” (RIPH), any scientist must imperatively obtain the favorable opinion of one of the 40 Personal Protection Committees (CPP) spread over the territory. These ethics committees, independent of research establishments, are made up of practitioners, lawyers or representatives of patient associations. Driving a RIPH without the approval of a CPP is punishable by one year in prison and a fine of 15,000 euros.

Which studies are considered RIPH? All those in which the interventions (medical procedures, etc.) or observations (monitoring, questionnaires sent to patients, etc.) are not only carried out for the care of the patient, but also with the intention of carrying out research intended to develop knowledge. biological or medical. On the other hand, the simple retrospective analysis of care data that would not have been collected for immediate research purposes does not fall within the scope of a RIPH.

On March 27, Professor Raoult’s team presented the results of a study on the combined effects of hydroxychloroquine (HCQ) and azithromycin (AZ) in 80 Covid + patients (the final article was submitted for published April 3, 2020). Researchers at IHU Infection Méditerranée explained that they had this project validated by their own ethics committee (and not a CPP). With this argument: “it is not research, it is care”.

Several observers, however, quickly questioned the fact that this study was not part of an RIPH. Thus, on April 17, the director of the National Agency for the Safety of Medicines (ANSM) explained that he expected authors to provide proof that their work was not “interventional” (the RIPH which deal with the administration of drugs must, in addition to the opinion of a CPP, benefit from an authorization from this agency).

On April 24, the IHU published a response by press release: “[aucune] procedure additional to routine care was not performed on these eighty patients. The data from their clinical records were analyzed a posteriori. The assumption that the study would be an intervention on the person not justified by his usual care is false because there was no intervention other than those justified by current care. “

This defense poses several problems. The “common care” argument, in the first place, remains hotly debated. The study involved, in all patients, performing a CT scan, as well as daily nasopharyngeal swabs for seven days. Or monitoring methods comparable to those used for research purposes during the team’s previous work.

And if the IHU focuses its defense on the fact that the combination of HCQ and azithromycin would be a “usual treatment” in cases “of suspected pneumonitis secondary infection”, this in no way excludes its administration to patients included in the The study (80 people from March 3 to 21) was motivated by a research intention, in addition to a therapeutic aim.

In its press release of April 24, the IHU referred to work specifying what research falls under the RIPH. He received this unequivocal response from one of the co-authors of said work: “Our article […] is not intended to camouflage human experimentation practices under the mask of a retrospective study on data. If treatment has been given to humans outside of [autorisation de mise sur le marché] and for research purposes, this is an RIPH. “

Other experts draw the same conclusions. In a recent article returning to the IHU study, three researchers, members of the Inserm ethics committees, thus insist that “The act of giving a patient a drug to prove that it is effective is unambiguously a gesture for scientific purposes, even if it is mixed up with it – and this is commonly the case in research biomedical – a curative aim, a care intention. ” According to them, “It is difficult, according to the legal definition, to consider the study [de l’IHU sur les 80 patients] other than as a RIPH. “

The argument of “routine care”, it has been said, is not the only question. Indeed, two elements also suggest that the study authors themselves considered, at least for a time, that their work fell within the scope of an RIPH relating to drugs.

The first of these elements appears in the body of their study, since they claim to have acted in accordance “Good clinical practice recommended by the Helsinki Declaration”. This declaration defines … “Ethical principles applicable to medical research involving human beings”.

The second element refers to a project, called “Azithroquine-cov19”, submitted by the IHU to the examination of a PPC. On March 19, in fact, an Ile-de-France CPP is responsible for studying an interventional study protocol, aiming to compare, on Covid + patients, the effects of HCQ alone and its combination with azithromycin (a study two arms ”, that is to say which compares two groups). According to internal documents that we were able to consult, the promoters of Azithroquine-cov19 sent a modification to the protocol on March 20. They wanted to get approval from the committee no longer for a “two-arm” protocol, but for a “single-arm” study. The idea was now to study the combined effects of HCQ and azithromycin on Covid + patients without a control group. On this date of March 20, the IHU of Marseille therefore considered that such a protocol fell within the scope of a RIPH, since it required the opinion of a CPP.

Note that this modified version of the Azithroquine-cov19 protocol was discussed in session on March 21. However, the CPP expressed strong reservations about the study, in particular about its interest in the absence of a control group. Following requests for clarification addressed to the Marseille IHU, the latter replied to the PPC that he was withdrawing his project, to devote himself to “A care activity for which [seraient analysées] retrospectively the data [des dossiers médicaux]”.

The initially requested PPC, however, has completed its review of the Azithroquine-cov19 “single arm” protocol. 1er April, it issues an unfavorable opinion – justified by the fact that such a study, “Open without control group”, “Will not answer the question of the possible efficacy of the association with azithromycin, especially since the efficacy of hydroxychloroquine alone is not demonstrated in the study justifying this research, due to the fact of the many biases it entails. “

In other words: in the very opinion of a CPP contacted by the Marseille IHU, a study evaluating an HCQ + AZ protocol without a control group, established for research purposes, cannot be authorized. And if the health authorities came to consider that the work presented on March 27 came under a RIPH, the IHU could not claim that a favorable opinion would probably have been delivered to them.

The IHU considers the debate closed

Contacted by email, in order to better understand the difference between the Azithroquine-cov19 project and the study presented on March 27, Philippe Gautret, one of its authors, replies: “It’s simple, we had submitted a research project on HCQ alone versus HCQ + AZ. Very quickly, in view of the good results of the association, we decided to withdraw this project (by notifying [la direction générale de la santé]) for ethical reasons and to treat all our patients without contraindication with this combination (routine care). The results presented in the study of 80 patients are retrospective results of patients treated with this association, it is not a research program. “

This chronology nevertheless raises new questions. Philippe Gautret explains that the decision to withdraw the Azithroquine-cov19 project rests on the “Good results of the association” HCQ + AZY. However, according to the letter sent to the CPP to justify the withdrawal of the project, these good results … are those made public on March 17 by the IHU. However, this work published on March 17 cannot be the element that led researchers to consider that “Treat all [les] patients without contraindication with [l’association HCQ + AZ]” was “Only care”, since they still considered, three days later, that this fell within the legal framework of the RIPH.

Asked about this chronology, Philippe Gautret did not follow up on the exchange. Requested, his colleague Philippe Brouqui sent us a dismissal.

Listen to the weekly behind the scenes podcast of CheckNews. This week : 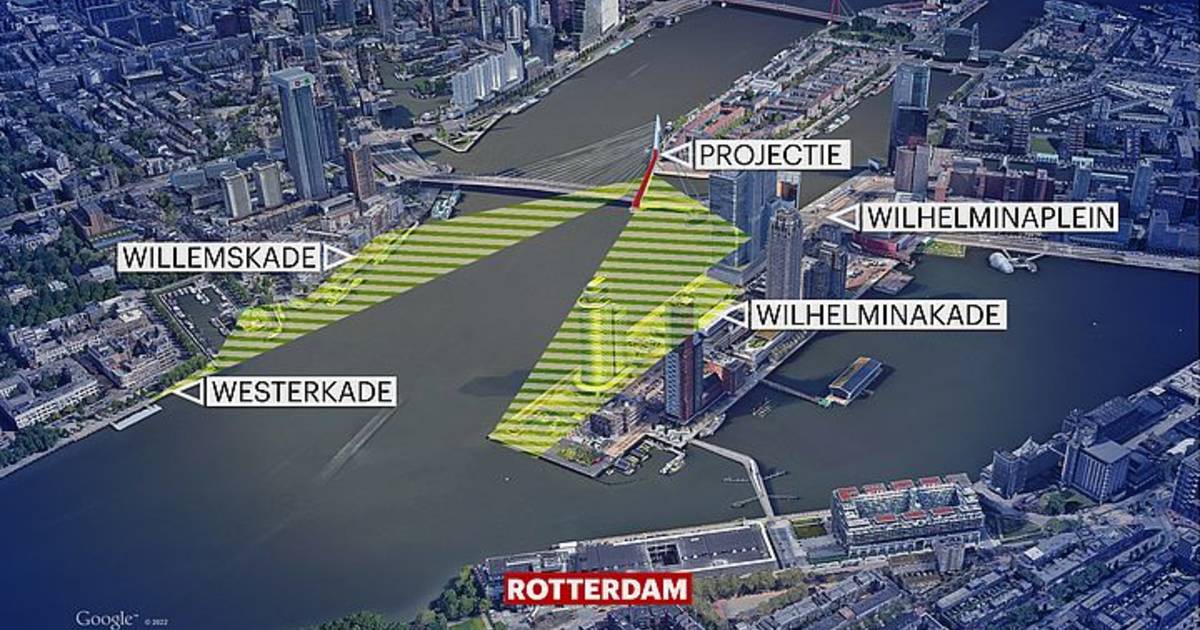 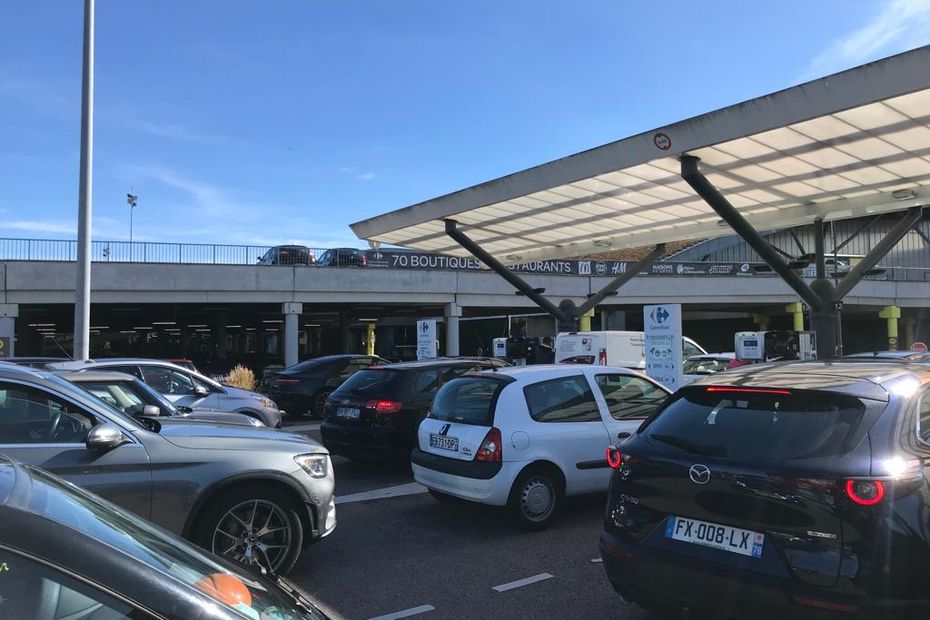 the number of victims exceeded 7800 people

what are the causes and how do you prevent it? 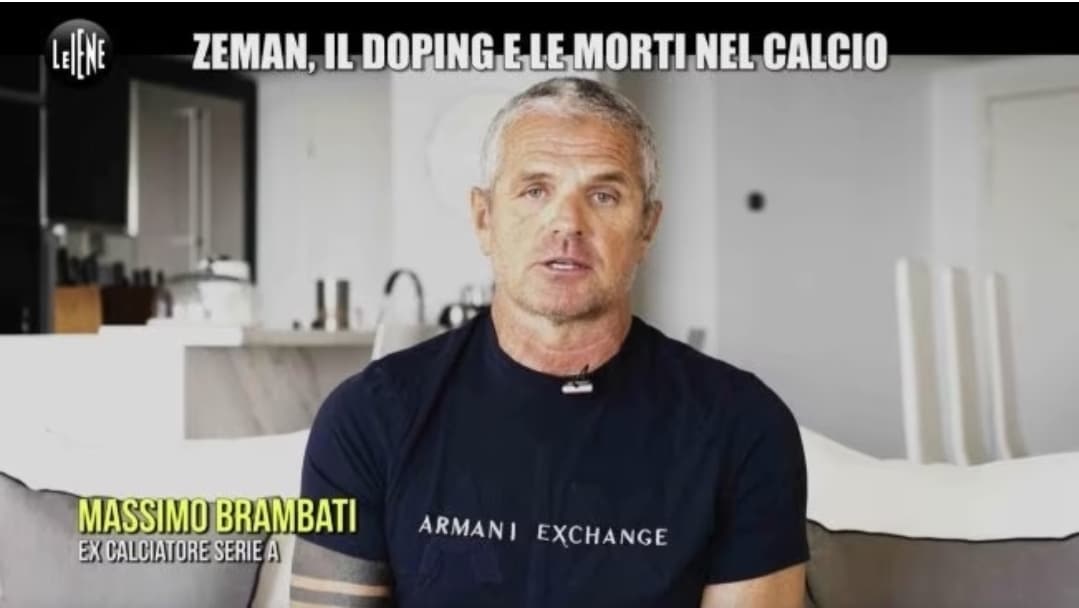 “They gave us two drugs to mark Maradona” 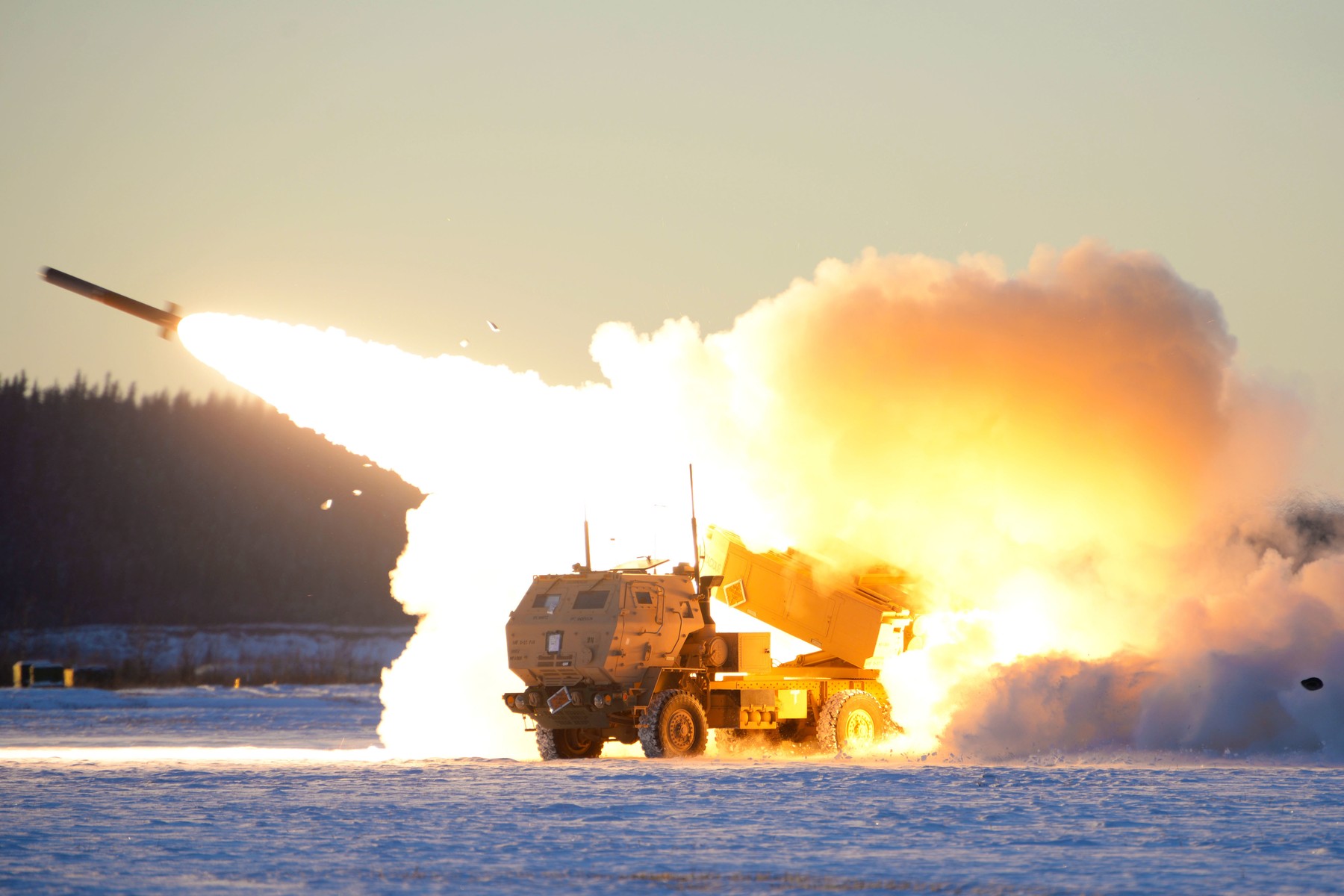 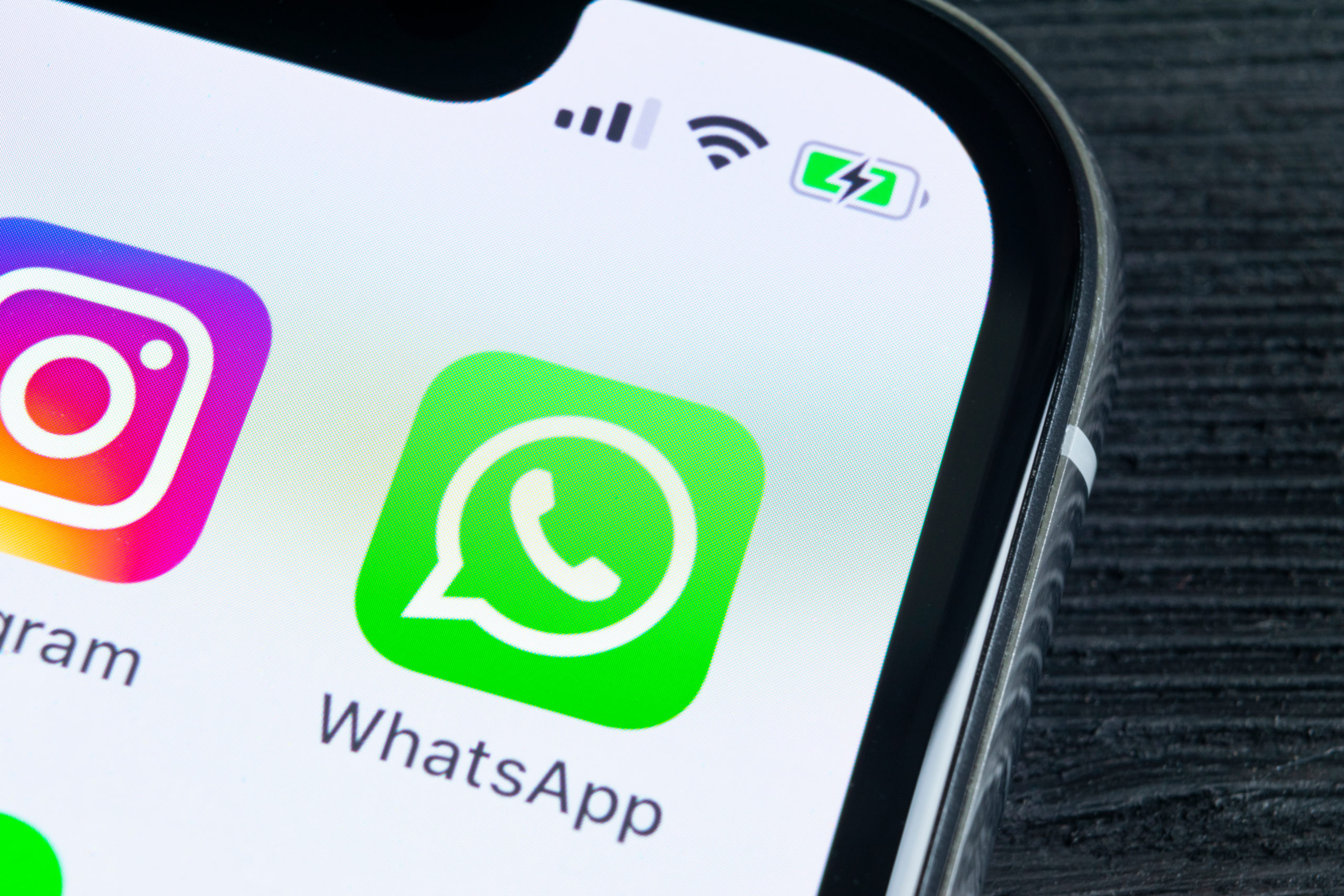 the number of victims exceeded 7800 people

what are the causes and how do you prevent it?

“They gave us two drugs to mark Maradona”