Hard hit by Covid-19, can New York recover from it?

“The city that never sleeps” is struggling to wake up. New York, since we are talking about her, has experienced long, very long sanitary confinement: three months, from March to June. But in light of the crisis that the main American metropolis went through: 23,000 people died of
coronavirus out of 8.4 million inhabitants. Compared to France, 32,000 people have died, certainly, but out of a population of 67 million. New York State’s strict containment policy, quite different from strategies adopted elsewhere in the United States, means that today there are “only” a few deaths linked to Covid-19 in the Big Apple every day.

But the city is unrecognizable. The streets are no longer empty but the traffic has of course nothing to do with what it could still be at the beginning of March. Out of 6,000 companies that closed their doors during the lockdown, 4,000 went out of business in September, says Bloomberg. The contrast is all the more shocking given that before the pandemic, the city was growing. “New York was really prosperous, all business was going well,” describes Nicole Bacharan, a political scientist specializing in the United States. If she obviously couldn’t set foot in this city, where she lived in the 1980s, her daughter is there.

“She tells me about all those closed shops, with the storefronts where garbage is piled up and the windows closed with wooden planks. It looks like a city after the apocalypse with lots of poor people lost, drugged, homeless. We have the impression that the crisis is getting worse rather than better. Thousands of people who live on tourism cannot even turn to the thousands of Manhattan office workers: in August, according to Le Figaro, only 8% of them had returned to the office. The others telecommute.

This is what partly saves New York as a major global financial center. “Stock market activity has been maintained because most transactions are now dematerialized”, recalls Anne Deysine, professor specializing in the United States and author of The United States and Democracy (The Harmattan). Even competition from other places – sometimes in a similar health situation – does not seem to be able to bring down New York: “This place has a very particular role: it is that of the dollar, and it remains the world currency, this role does not. not going to be questioned here soon. But it is true the extreme prosperity of the stock market in recent years under Donald Trump has also boosted the city, ”recalls Nicole Bacharan.

Devastation in the culture and entertainment sector

New York is also a major cultural and media center. The theater district, on Broadway, is one of the most famous in the world and it is at a standstill at least until early 2021. What makes American soft power pale? Not so much: “It’s more the cinema that plays this role. But it can touch the influence and aura of New York, yes, ”says Nicole Bacharan. Anne Desyne is even clearer: “Frankly, American prestige had already taken a hit with the election of Donald Trump. “

Nevertheless, economically for this sector “it’s a devastation, it’s really horrible”, judge Nicole Bacharan. “The New York City Ballet, the American ballet will probably close for another year, they don’t plan a season. On Broadway, we don’t know when or how it will restart. It’s not the Paris Opera, there are no subsidies: if you don’t work, you don’t get paid, so if you don’t get paid, you have to do something else. In the life of artists there is something irreparable. “

The poorest, the most precarious, toast, unemployment is increasing, in a country where social safety nets are not – to put it mildly – not the same in France and in a city where rents are among the highest. dear to the world. As a result, the number of homeless is also increasing. “The social damage will be terrible,” warned Anne Deysine. All of this is causing crime to return to a high level also in a city which, in its last twenty-five years, had become rather generally safe.

The risk of public debt

Fortunately, New York City had greatly improved its public services in recent years. Bill de Blasio, the mayor since 2013, known as “Red Bill”, took advantage of a city in a very prosperous situation to invest in public housing and social programs for the poorest. However, now in crisis, the city risks seeing its debt rise. Blame it on the wealthiest New Yorkers, on whom a large chunk of the city’s income depends, who seem to be getting off the ship. “The level of inequality has become very painful in recent years, but New York needs its rich,” says Nicole Bacharan.

“When you live in New York you pay city, state and federal taxes,” says the political scientist. It’s a lot. This is one of the reasons why state governor Andrew Cuomo says that we should not raise taxes for the rich in New York, because it is the social group that has the most capacity to go away. But if it was only that that made them flee… They mostly flee the virus. “

The next few months and the next few years in New York are not going to be easy. But Anne Deysine insists on the fact that it is the same thing for many other large metropolises in the world, in competition with New York, which also suffer the consequences of the health crisis and the economic and social crises that it induces. . But many are observers and observers to explain that New York is a “resilient” city, which has seen others: “It is a country which has resilience”, says Anne Deysine.

Nicole Bacharan is also optimistic in the medium term: “I spent my youth in New York in the 1980s, I loved living there but it was a terrible city. There was incredible crime, incredible debt, lots of neighborhoods we couldn’t go to, we looked at it and thought it couldn’t be fixed. But we got out of it. I think New York has the capacity to come out of it, to reinvent itself in a world that won’t look like the one before the coronavirus, but it will take time. “ 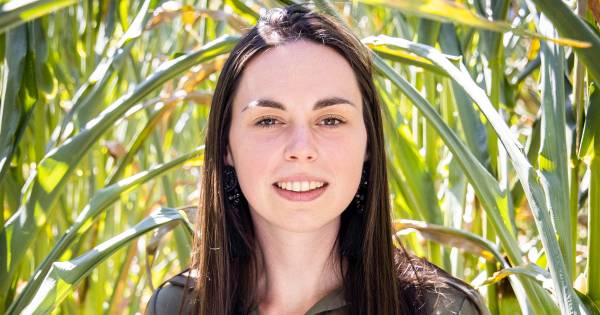 Crisis in the United States: another night of protests in New York