Guido Rasi: “Now let’s give Astrazeneca to the over 60s” 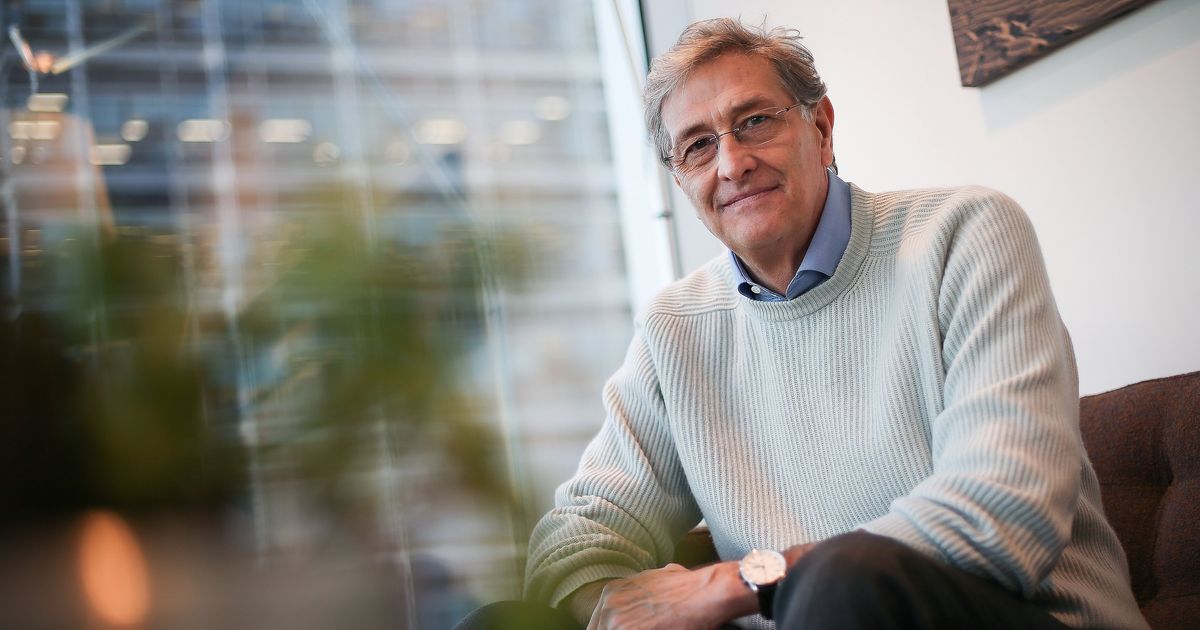 Italian director of the European Medicines Agency (EMA), Guido Rasi, poses for a portrait at the organisation’s headquarters at Canary Wharf in east London on January 20, 2017. – Staff at the European Medicines Agency are facing an uncertain future, its director Guido Rasi told AFP from the London headquarters which will likely be relocated due to Brexit. The Italian microbiology professor describes the “very uniform sadness” which enveloped the agency in London’s Canary Wharf business district, where he has been head since 2011. (Photo by Daniel LEAL-OLIVAS / AFP) / TO GO WITH AFP STORY BY MAUREEN COFFLARD (Photo by DANIEL LEAL-OLIVAS/AFP via Getty Images)

Use the AstraZeneca vaccine for ages 60 and over. For Professor Guido Rasi, the strategy to be adopted is this. “It is useless to think about how it was used. Let’s think about how to use it better. We convert the tool into a positive one, obviously always on the basis of scientific evidence and the experience we are having and that comes to us from the United Kingdom “, the former director of EMA told HuffPost, commenting Ema’s new considerations on AstraZeneca’s drug. On March 11, a few days before the government and Aifa decided to temporarily suspend the vaccine, Rasi warned: “We are attentive to the emotional effects ”, inviting us to curb unjustified fears. Today, in the light of assessments that refer to other doubts, he is a little more worried “about the impact that could be registered on the front of people’s acceptance. It seems to me, however, that the institutions are more ready to examine these events and better communicate their decisions ”. The hope is “that it will be done properly”.

Professor Rasi, for Ema there is an association between this vaccine and the rare events found in some people who have been injected. In Italy there are currently thirteen reports under examination.

In terms of vaccination strategy, the numbers say that the wisest thing is to move forward. Apart from the 13 reports, which obviously must be evaluated and deepened. However, it must be said that these are thrombosis of a different nature and that in any case they fall within the category of normal numbers. The fact that there are specific cases related to the vaccine cannot be excluded and this is the reason why Ema continues to make analyzes, also to verify the possibility of anticipating the occurrence of these events.

The experience of the United Kingdom shows that it is very effective, but according to press rumors, Great Britain is also willing to set an age threshold for this vaccine which it has always defended. How should we view this news?

The experience gained in the field, starting from that made in the United Kingdom, tells us that this vaccine is particularly suitable for people with a declining immune system. There were significantly fewer reactions in the elderly. So it can be a better tool for a very old population. The data found in the field increase the already high risk-benefit ratio and seem to suggest perfecting the use of this vaccine on an older population.

What age group are you referring to?

Would it be appropriate to block the vaccine for further analysis?

No, it is possible to continue to carry out the ongoing analyzes and to shift the use of the drug to the most suitable segment of the population. The experience gained so far in our country and the massive one in the United Kingdom allow us to adjust the game.

Read Also:  Ryanair plans to reimburse 90% of customers by the end of July ... but beware if you went through an online agency

Can it be done in the race?

Sure. We are struggling with a new disease and we must learn, proceeding humbly and considering the evidence. In the case of AstraZeneca, the numbers in the older age groups confirm the experimentation and say that the relationship between benefits and risks is growing. So it is good to recalibrate the choices and continue, without stopping the vaccination campaign. Then obviously if the EMA finds other evidences, they will have to be considered.

Does the product information need to be updated?

Is it possible in your opinion that the EMA indicates a certain category for which it is better not to use AstraZeneca?

I don’t know, but I don’t think so. I don’t expect a repositioning.

In Italy it is the vaccine on which the most focused. Could this new development compromise the vaccination campaign by removing the much-needed “change of pace”?

There is now a good balance with the other vaccines. If the vaccination campaign had been at the beginning we would have been in difficulty because there was already no plan and the doses were few. Now that a plan exists and deliveries are taking place more regularly, we can also think about reconverting the use of vaccines. So no, I think this evidence on AstraZeneca will not compromise the vaccination campaign. But there is one thing the authorities should do.

Accompanying decisions with adequate communication, that explained the reasons well at the basis of the choices made.

Ultimately, Professor, you say: “We use the AstraZeneca vaccine for people aged 60 and over.”

It is useless to think about how it was used. Let’s think about how to use it better. Let’s convert the tool into a positive one, let’s use it for the higher age groups for which this vaccine is proving to have all the prerogatives to be more effective. I am thinking of the 70-year-olds, the 80-year-olds, in our country they are the ones who have paid and continue to pay the highest toll in terms of hospitalizations and deaths and it is essential that they are vaccinated as soon as possible. Let’s do it with AstraZeneca.