From January 21 to March 6, the Art Gallery of Latgale Embassy “Gors” will exhibit an exhibition of paintings by the artist, Professor of the Latvian Academy of Arts Alexei Naumov “World Landscape. New York, Paris, Venice, Riga, Hong Kong, Cannes, Rundale…”.

According to the representatives of “Gora”, the bright and ambitious painting of the artist Alexei Naumov is exhibited in Rēzekne for the first time. He consistently works in the landscape genre, intensively paints in plein airs, moreover, not only in the warm countries of Southern Europe, but also in Latvia’s colorful summers and harsh winters. “His work is based on a convincing and balanced stroke, a vital color and a composition that captures the essence of the specific place,” the creators of the exhibition write.

The exhibition at the Latgale Embassy “Gors” is dominated by the refreshingly warm southern part of France, the Italian landscapes, as well as the bright Rundāle Gardens and the scenic surroundings of Riga. Alexei Naumov also in his latest works, made in the summer of 2021 at the residence supported by the Ministry of Culture of the French Republic (Les Amis de l’Espparrou) in the castle of Esparau, offers the viewer not a generalized and typical landscape, but his own view of the place, moment and light. In Venice, on the island of Burano, where so much is painted, the artist even kept a box of paint and a clean canvas, so that if possible, a brightly painted house and a clear reflection of the clean sky in the paintings will be revealed by the organizers.

Aleksejs Naumovs (1955) graduated from the Monumental Painting Department of the Latvian Academy of Arts under the supervision of Professor Indulis Zariņš and from the creative postgraduate studies at the master workshop of Professor Eduards Kalniņš. Former French Government Fellow (Sorbonne Art Plastiques, L’Ecole Nationale des Beaux-Arts dе Paris), studying painting in Paris. Professor of the Latvian Academy of Arts, Rector of the Latvian Academy of Arts (2007 – 2017). He has been the initiator, leader, curator of exchange programs and exhibitions in various cooperation projects in Italy, France, Japan, Germany, Austria, the Netherlands, Spain, Greece, Russia, the USA and elsewhere. Has organized more than 60 solo exhibitions. In 2018, a retrospective exhibition of his works “Endless Landscape” took place in the Great Hall of the main building of the Latvian National Museum of Art, and an extensive catalog of his works was published by Neputns.

Alexei Naumov’s contribution to art has also been appreciated by the Latvian state, which in 2009 awarded the artist the highest award – the Order of the Commander of the Cross of Recognition. In 2004 he received the Order of the President of Italy (Ordine al Merito della Repubblica Italiana. Commendatore), and in 2016 he was awarded the Order of Arts and Literature of France (Ordre des Arts et des Lettres). 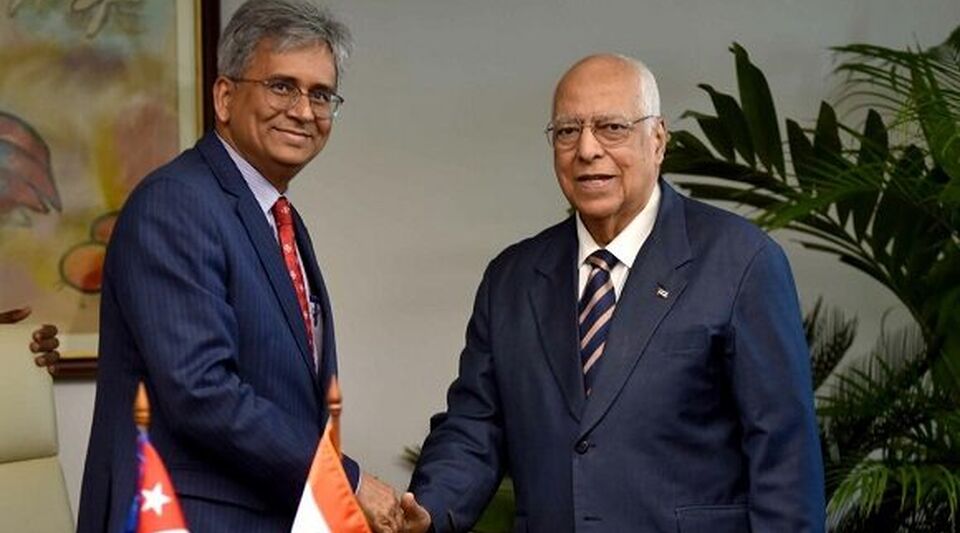