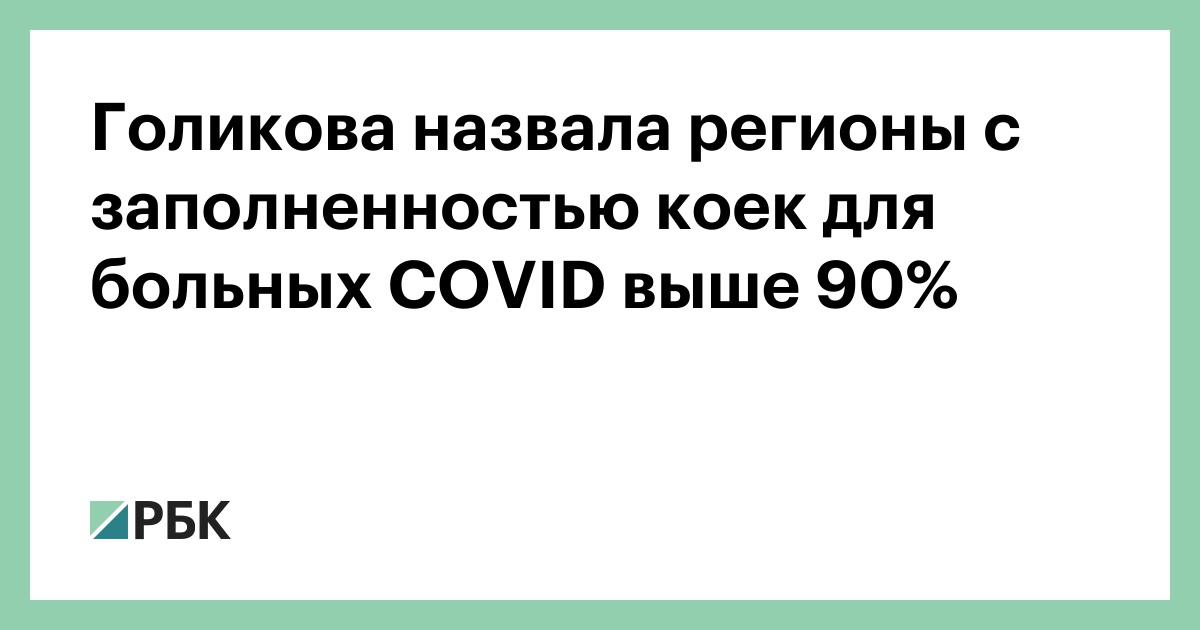 The highest bed capacity utilization (over 90%) is observed in four regions of Russia: in St. Petersburg, Smolensk region, Oryol region and Sevastopol. Russian Deputy Prime Minister Tatyana Golikova announced this at a briefing at the Government House. TASS.

“The highest utilization of bed capacity, more than 90%, is now observed in four regions – St. Petersburg, Smolensk, Oryol regions and the city of Sevastopol,” Golikova said.

The Deputy Prime Minister noted that about 76% of hospital beds for patients with coronavirus are currently occupied in Russia.

As of the morning of December 3, 75.9% of the bed capacity was occupied in the country, the Deputy Prime Minister said. She added that such data are the national average. The free bed capacity is 24.1%.