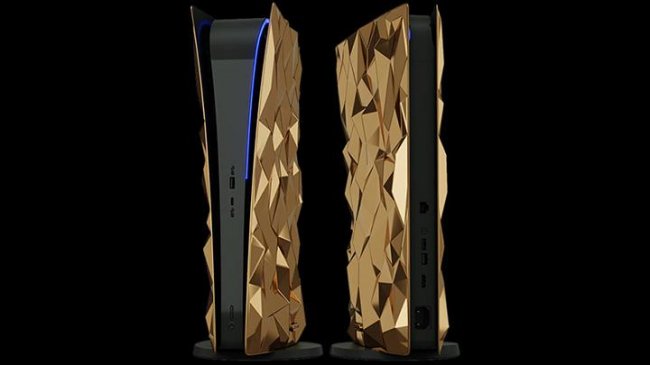 TEMPO.CO, Jakarta – At the end of last year, Caviar decided to leave the comfort zone that he has been enjoying, designing products flagship smartphone crowned with diamonds. Caviar announced a console PlayStation 5 gold plated which was introduced as ‘Golden Rock’.

Only nine units of the Golden Rock console will be made with an offering price of $ 499 thousand or the equivalent of more than Rp. 7 billion. With this price tag, Caviar says it has received 1,342 ordering applications.

Among the lines that immediately lined up was NBA basketball superstar LeBron James. There are also some people Caviar called as big businessmen from Russia and well-known IT businessmen from the United States.

Caviar said orders for the Golden Rock console would be completed in four months. For the job, the company had recruited a jewelery contractor who specialized in gold to prepare sample units for testing.

Each console will be plated with 4.5 kilograms of 18 carat gold. The process begins with eight separate sheets (solid gold) which still have to be formed into the geometric design and attached to it PS5.

As for controller will be covered with genuine crocodile skin. The color can be black or gold.

For those who cannot join the queue at the half million dollar price, a model is also available custom PlayStation 5 Carbon and PlayStation 5 Black. Each will be made of 99 units.

Read Also:  Xbox Elite Controller Series 2, Features and Why It's the Best

For the record, all three custom versions PlayStation 5 above made Caviar based digital console version (without optical disc drive).