Global Witness is known for campaigning against human rights abuses and the overexploitation of nature. In the run-up to the climate summit in Glasgow, the organization is now throwing a spotlight on the global financial sector and its role in the deforestation of rainforests. Many big banks, according to the accusation in the new report, earned money from financial transactions with agricultural and trading groups that environmentalists have accused of procuring raw materials from illegally cleared areas. Alone in the Amazon reached the deforestation, mostly for soy cultivation, but also for livestock farming, with over 10,000 square kilometers within twelve months of 2021 a new high point.

Global Witness focuses primarily on the profits of leading banks from financial products for grain, meat and agricultural commodity traders as well as for the palm oil, paper and wood industries. Although the Paris Climate Agreement was passed in 2015 to curb global warming, banks in the EU, the UK, the US and China have since made profits of an estimated $ 1.74 billion – from fees, interest or dividends and on the basis of business with “those parts of the agribusiness groups who are most at risk of deforestation”.

Does the success of the climate summit depend on aid for the south?

The industrialized countries have only inadequately fulfilled their aid pledges to developing countries. Before the top-level meeting in Glasgow, they now make it clear: our own climate targets – and an agreement – are only available for a multiple of the previous funds

The British Financial Times looked at several thousand of the transactions audited by financial analysts for Global Witness in a large database with a critical eye on the volume of business. In the five years since Paris, global banks and asset managers, led by JPMorgan, HSBC and Bank of America, have each closed dozen of financings and contracts worth $ 119 billion for 20 of the agricultural and food giants in question.

The contribution that the destruction of biodiversity and forests makes to advancing global warming will play an important role at the climate summit in Glasgow at the end of the month. Every year up to 17 percent of global greenhouse gas emissions are caused by the conversion of forests into arable and pasture areas. Avoiding this deforestation is considered a – more cost-effective – cornerstone for international climate protection.

But so far it has not been very successful. In a number of countries in Latin America, Africa or Southeast Asia that are home to rainforests, deforestation or slash and burn is increasingly prohibited by governments. But illegally, large areas continue to fall victim to the needs of the food industry for animal feed and meat or the wood industry for scarce building materials.

For the financial sector, it is quite easy to reduce CO2 in your own company. When it comes to products and investments, however, things get complicated. Not every offer is a good idea for customers

The bank customers analyzed by Global Witness include, for example, the world’s largest meat trader from Brazil, JBS, or the US giant Cargill, both of which are among the dominant agricultural groups on the world market – Big Food – belong. Leading among those of the Financial Times analyzed ten major banks, the Chinese ICBC has put together lavish financial packages for eight of these groups, including loans and revolving credit facilities amounting to 1.1 billion dollars for the largest Chinese agricultural trader Cofco International.

The environmental group Mighty Earth accuses Cofco-affiliated suppliers of clearing over 20,000 hectares of forest in Brazil for soy cultivation in 2019-2021. Cofco assured Global Witness that it could not trace its supply chains back to every farm, but would have them all by 2023.

According to FT, the second largest deals were made by the bank JPMorgan: with clients such as Olam International – a trader that the Forest Stewardship Council blames for the destruction of rainforests in Gabon – or with Cargill, for whom bonds were issued in 2018 and 2019. According to Global Witness, Deutsche Bank also has extensive financial relationships with Cargill, but also with palm oil producers in Malaysia.

Brazil: fines as a warning

Cargill, the Minnesota trading multinational, was fined almost a million dollars by the Brazilian environmental authority Ibana in 2018, along with four other grain traders, for sourcing 600 tons of soy from protected areas in the Cerrado region. The savannah is a fast-growing growing area for soy because it is less strictly prohibited than the Amazon. Last year, Cargill is said to have bought there from growers on whose land 19,000 hectares were cleared. The US company denies any illegal activity.

According to the Financial Times, the evaluation of 5,000 transactions has shown that the five leading banks in terms of business volume – including BNP Paribas – concluded almost 570 bond, loan and underwriting deals with 20 agricultural companies with a total value of 32 billion dollars during the period. All five are avowed opponents of deforestation. In turn, all of the agricultural corporations denied working with suppliers who cleared protected areas or claimed to have parted with questionable suppliers.

As a precautionary measure, Global Witness emphasizes in its report that none of the banks are subject to knowingly financing the destruction of forests. The report certainly wants one thing: to point out the regulatory loophole that gapes in the financial sector despite global corporate commitments to sustainable procurement – and despite the still young trend towards “deforestation-free supply chains”.

In a voluntary environment, banks were left out of politics in plans for more sustainable supply chains. “We see the voluntary policy failing further,” the report said. “Governments must act urgently and stop funding for forest destruction before it is too late.”

With the exception of the Chinese, most of the banks criticized are committed to the Paris Climate Agreement and the protection of biodiversity. Nonetheless, they continued to do business with companies associated with climate-threatening deforestation. The “problematic previous histories should have made the banks’ compliance teams sit up and take notice”.

Do you already know ours Newsletter “The Week”? Every Friday in your mailbox – if you want. Here you can sign up 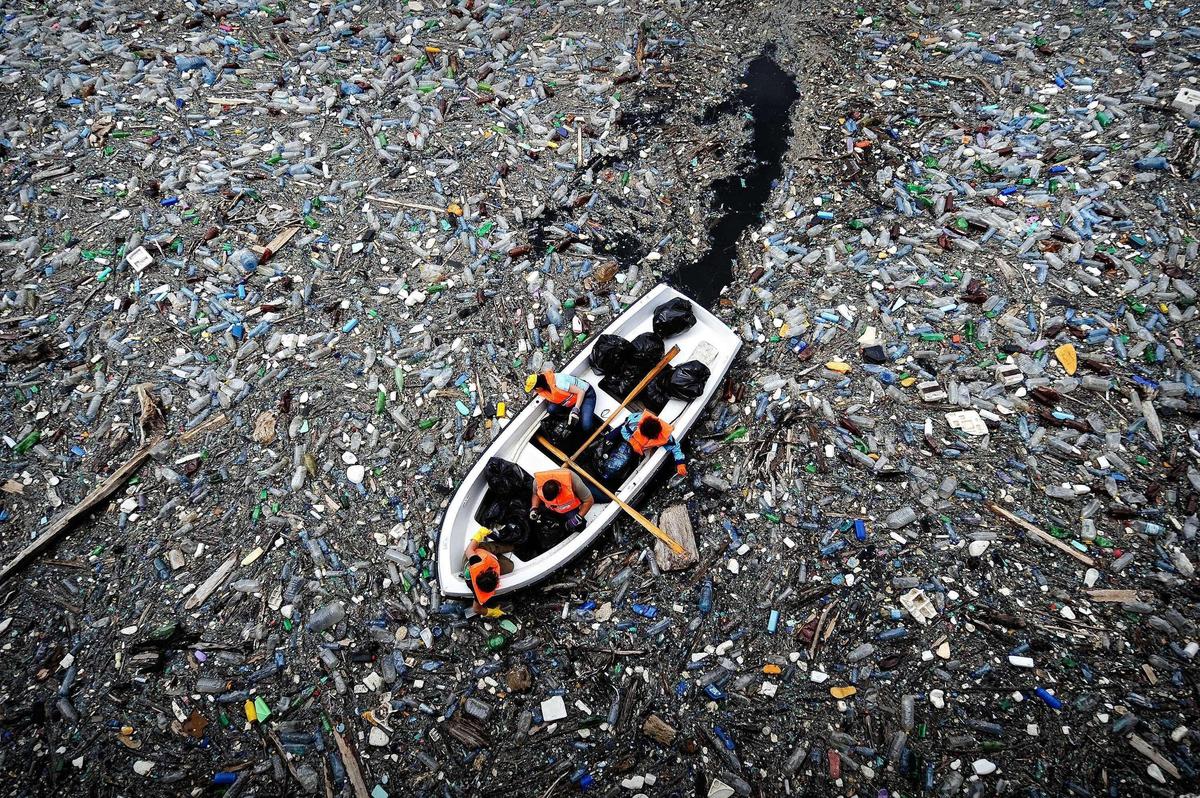 The United States is the largest producer of plastic waste in the world, far ahead of the rest