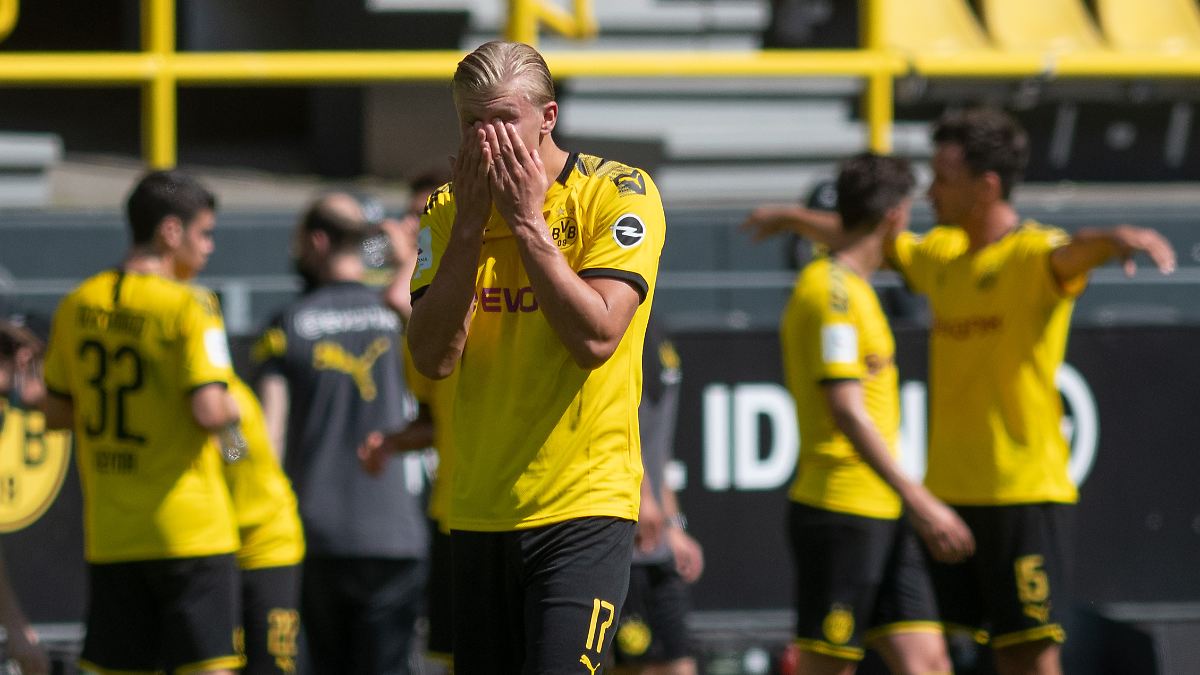 For Borussia Dortmund, the last game day of the Bundesliga is nothing more and BVB also appears: completely listless, without enthusiasm, without commitment. TSG Hoffenheim is delighted, while FC Bayern is writing offensive history in Wolfsburg and Gladbach Leverkusen is flashing.

The professionals at TSG Hoffenheim celebrated the unexpected success like a championship. The players from the Kraichgau danced in the middle circle, waved their jerseys and sang from the European Cup. At this point, the stars of Borussia Dortmund had long since disappeared into the catacombs after the embarrassing 0: 4 (0: 2) against TSG – after 90 minutes of refusal to work. “These are the small games, the points that we always lack in the end. Bavaria has this absolute winner mentality. We don’t,” said BVB keeper Roman Bürki at Sky. He hit the nail on the head because there was a lot more in it for the black and yellow this season.

Andrej Kramaric was the man of the day on the side of the guests as a pack of four. He gave the Kraichgauer the direct jump into the Europa League group phase. Thanks to the goals of the Croatian Vice World Champion, Hoffenheim still passed VfL Wolfsburg in sixth place. “It’s a wonderful feeling. It doesn’t happen that often. I’m proud of my boys,” he emphasized at Sky. Kramaric took advantage of the clutter in the reformed Dortmund defensive with an early right-footed shot (8th), later he scored his season goals number ten, eleven and twelve (30th / 48th / 50th, penalty kick) without any noteworthy resistance. BVB is about to change again. Mario Götze, who no longer played a role anyway, was adopted with warm words and a framed collage. Zorc, who extended his contract by another year, and coach Lucien Favre, despite all the criticism, will remain in a responsible position in 2020/21.

Achraf Hakimi and Jadon Sancho also sat on the bench at first, BVB lacked order and desire, which Kramaric from 18 meters immediately used to 0: 1. Hoffenheim showed the will that BVB played, to put it positively, appropriate to the summer weather. Favre was tired of the break, he brought Hakimi and Sancho in one fell swoop. That brought: nothing. A few minutes later it was 0: 4, the Dortmund disintegrated into all parts. Hoffenheim countered at will and walked through a defense that hardly deserved this name. TSG strikers were alone on the flanks. After an hour it could have been 0: 8 with more concentrated play. Hoffenheim showed mercy, especially Ihlas Bebou sold the ball several times in the most promising position. Favre helped Tobias Raschl make his Bundesliga debut, he redeemed the unfortunate Leonardo Balerdi, who had started in the starting XI for the first time.

Borussia Mönchengladbach hit the million jackpot with a sovereign home win. The foal eleven defeated Hertha BSC with 2-1 (1-0) and moved into the group stage of the Champions League for the third time after 2015 and 2016. This means that Borussia can now plan additional revenues of around 20 million euros in difficult corona times. Jonas Hofmann (7th) calmed Borussia’s nerves early, which would have been enough for a draw. Breel Embolo (78.) made everything clear shortly before the end. Vedad Ibisevic (90th) succeeded in connecting. A year earlier, Gladbach had lost fourth place to Bayer Leverkusen on the last matchday, this time the remote duel with the Werkself went to the foals. With 65 points, Borussia also achieved its second best season of the millennium.

“Today is a final,” said sports director Max Eberl before the kick-off, that the Champions League was “like a championship” for Gladbach. Borussia started accordingly in front of 21,000 cardboard comrades: The Rose team was wide awake from the first minute, disturbed the Berliners early and was not disturbed by the news of the quick Leverkusen leadership. Instead, Borussia countered with their own 1-0 – Embolo prevailed in the penalty area against two Herthanians and served Hofmann, who overcame debut debutant Dennis Smarsch in the Hertha goal with a low shot. For Hofmann it was the third goal in three games.

From then on, Borussia dominated the game with the calming lead in the back, from Hertha there was hardly any resistance. The only drawback was the opportunity evaluation. Smarsch, who replaced his father-to-be Rune Jarstein, was exposed to constant fire. The strong Embolo (32nd) and Lars Stindl (41st), however, only hit the post, at break the shot ratio was 13-0 for the home side. In the second round, the team of coach Bruno Labbadia finally took part in the game after a triple change. Gladbach now retreated far and waited for a counterattack. Without the injured Marcus Thuram and the battered Alassane Plea in the attack, the punch was lacking. Embolo alone awarded twice free before Smarsch (63./67.) Before he still met.

Duty fulfilled, but the miracle failed to materialize: Bayer Leverkusen missed the hoped-for turn in the race for the premier class on the final day. Although the team of coach Peter Bosz won 1-0 (1-0) against FSV Mainz 05, the hoped-for help from Hertha BSC against opponent Borussia Mönchengladbach failed to materialize. The Werkself have to make do with the Europa League consolation prize in the Bundesliga. After a good start to the year, after a small phase of weakness after the restart, two points were missing in fourth place and the associated qualification for the Champions League. The deserved success after a goal by Kevin Volland (2nd) against Rheinhessen did not change anything at the end of the season.

Only with a title win at the final tournament of the Europa League in August can the million dollar ticket for the premier class be solved. At least Bayer was able to gather some confidence after the weak previous weeks for the DFB Cup final against champions Bayern Munich next Saturday (8pm / in the live ticker at ntv.de). In the last game of the season, even without his top star Kai Havertz, who was just sitting on the bench, Leverkusen made it clear in the first minutes that he wanted to do his own homework. Volland took the lead after only 68 seconds with a courageous individual performance, Aaron prevented the early 0: 2 with a tackle against Florian Wirtz (5th).

After initial difficulties, the 05ers were able to make the game more open. Defensively, the team of coach Achim Beierlorzer hardly allowed anything after the first quarter of an hour, Bayer often lacked speed and creativity in the offensive game until the break despite clear advantages in possession of the ball. Only the strong Wirtz and Nadiem Amiri in combination against harmless Mainz players in a game at a manageable level always caused danger. Even after the change, the Werkself almost got off to a flying start, but Mitchell Weiser (47th), who had been substituted just 80 seconds earlier, failed on the post. Unlike in the first round, the Rhinelander now kept the pressure consistently high, and the substitution of Havertz and Moussa Diaby brought momentum again. Mainz risked more in the final phase, thus revealing spaces for the dreaded switching game to the Rhinelanders.

With the best second half of the league history and a total of 100 goals, the old and new German champions Bayern Munich crowned their 30th title. The record champion effortlessly prevailed at VfL Wolfsburg with 4: 0 (2: 0), with 49 of 51 possible points in the second half of the season, the guests equalized their own record. And: They only scored more goals in 1971/72 – at that time there were 101. By the way, the team of coach Hansi Flick achieved their own best result of 2014 with their tenth away win in a row. Midfielder Thomas Müller also equalized with his 22nd assist the preliminary work of his colleagues Zvjezdan Misimovic and Kevin de Bruyne (both VfL Wolfsburg) and Emil Forsberg (RB Leipzig).

With the fifth home defeat in a row against Bayern, the Lower Saxony, however, slipped from sixth to seventh place in the final table and now have to fight their way through the qualification to the group stage of the Europa League. The guests, who were highly concentrated from the first minute, used their first opportunity to take the lead in the fourth minute, Kingsley Coman was successful with a low shot after a quick switching game from close range. Mickael Cuisance scored the second goal with a remarkable long-range shot (37th), the Frenchman surprisingly took the place of Joshua Kimmich in the starting line-up.

With a penalty (72nd), his 34th goal of the season, Robert Lewandowski made it 0-3, Müller added the fourth goal (79th). Lewandowski was awarded the scoring cannon for the fifth time after the encounter. His penalty was preceded by a foul by Josuha Guilavogui, the Wolfsburg captain saw a yellow-red card for it. The hosts had little to oppose the Bavarian game culture. Wout Weghorst scored in injury time of the first half, but referee Patrick Ittrich decided on striker foul. After the change of sides, the guests dropped back a little at times. Flick did not like this at all, with unmistakable arm movements the coach asked for more commitment. In fact, the straw fire in Wolfsburg was extinguished after just under an hour. 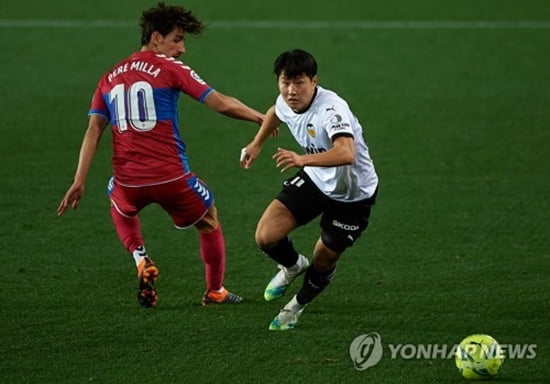 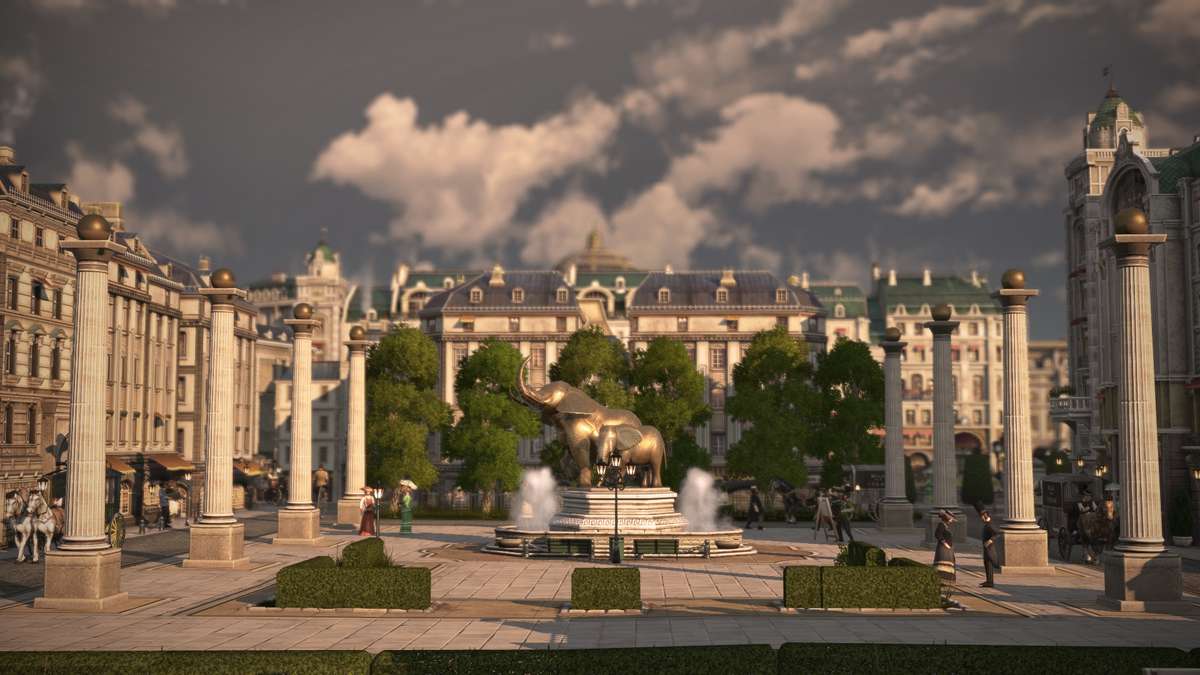 Another day of testing for COVID-19 in Châteauguay 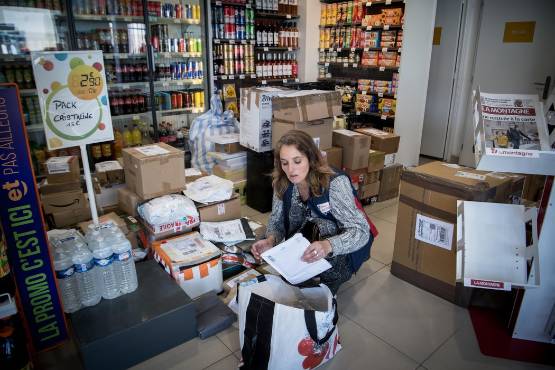 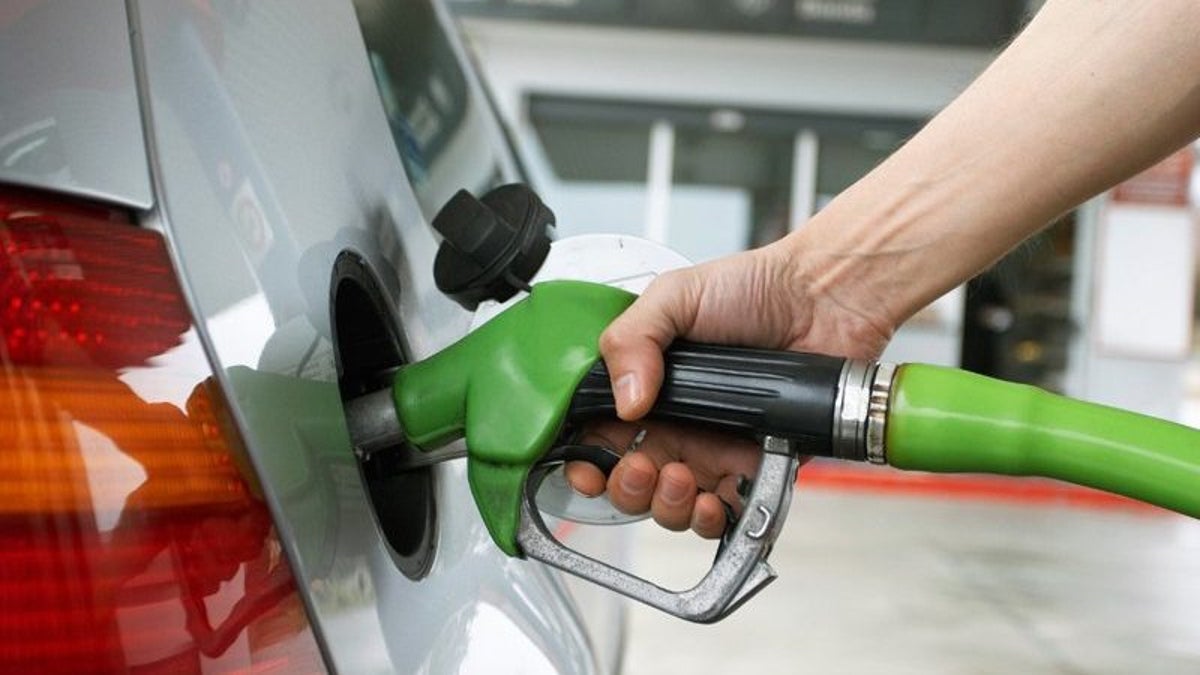 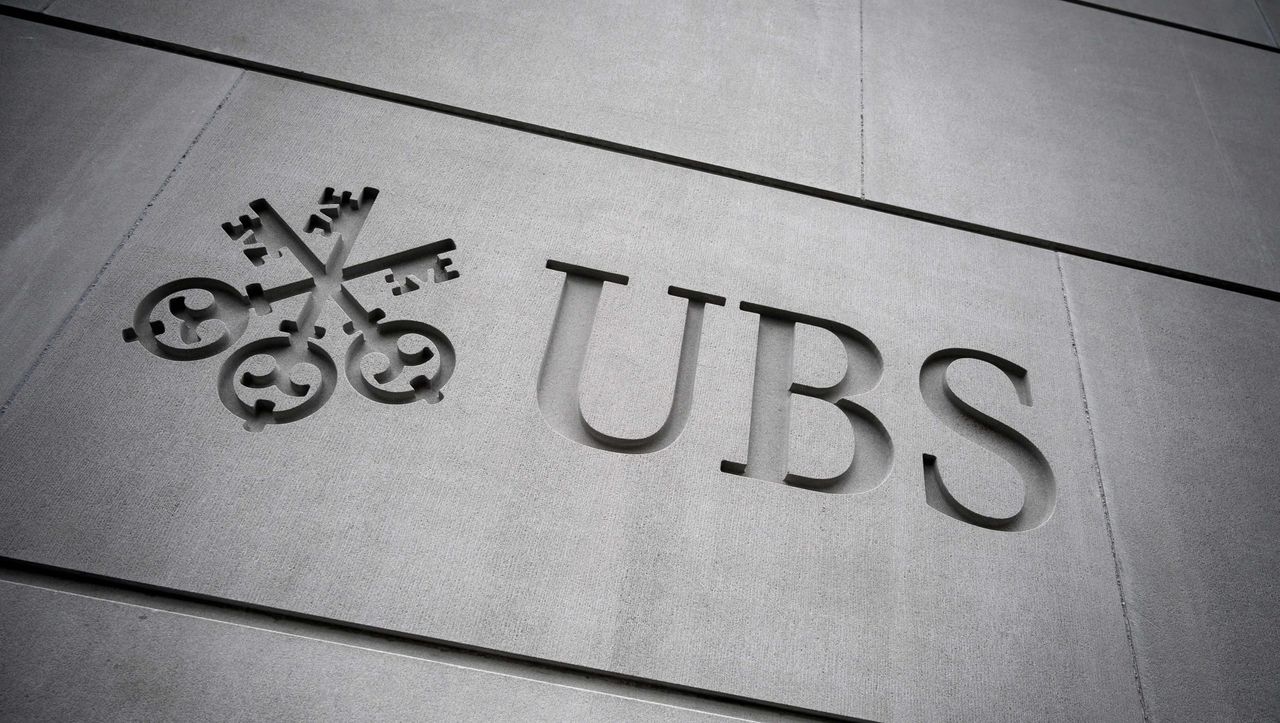