Gang and power in Haiti, the story of a dangerous bond 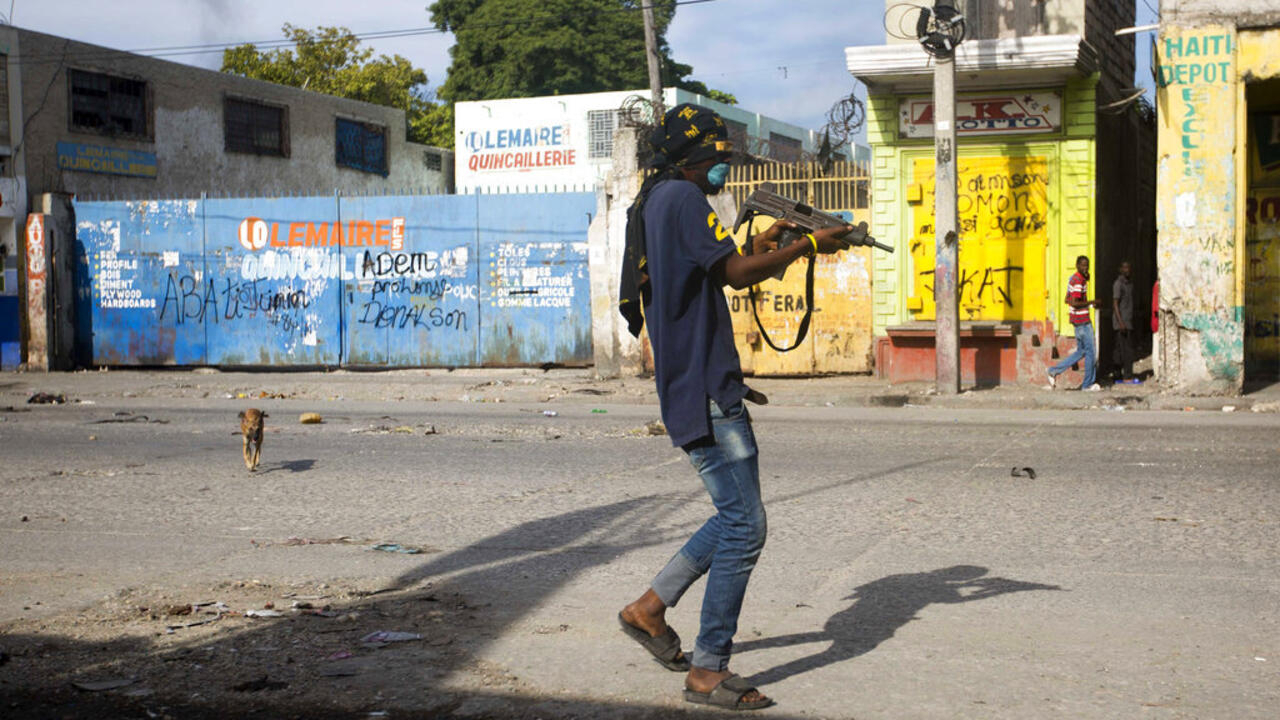 Haitians have been demonstrating for several weeks, especially against insecurity. Gangs now control much of the country. For decades, these criminal gangs have been financed and exploited by the vast majority of Haitian political parties to consolidate their power. Interview with Jhon Picard Byron, professor-researcher at the State University of Haiti (UEH).

RFI: How did the gangs consolidate their hold on the Haitian national territory?

Jhon Picard Byron : The current situation is the product of the convergence of the hegemony of serious crime in the state spheres and the proliferation of gangs in popular neighborhoods. Gangs emerged on the Haitian social scene in the mid-1990s. Initially, they weren’t serious crimes. Politicians, if not politicians, have mobilized petty thugs from the urban working classes. It started with the military: the National Governing Council (CNG) and other successive military governments in the wake of the fall of the Duvalier regimes in 1986. The military has recruited these thugs as auxiliaries to the police and military services. intelligence. During the period of the military coup, between 1991 and 1994, the Haitian Armed Forces had even formed a kind of militia with these thugs, the Haitian Armed Revolutionary Front for Progress (FRAPH), quite close to Latin American groups. paramilitaries (such as El Salvador’s death squads, for example). But the fierce repression orchestrated by the Haitian military, which mainly targeted political activists, was not on the scale of their brethren in the Americas.

What about civil governments?

Civilian governments in the 1990s and 2000s also mobilized thugs, but failed to convert them into paramilitary forces. Unlike the military, civilian governments have not always kept these thugs in check. The famous “chimè” by Jean-Bertrand Aristide and his POs (popular organizations, editor’s note) used to repress often indulgent political demonstrations in uncontrollable, even harmful shifts to power. For all these politicians in power, these gangs of thugs were a kind of extension of their organs of repression that allowed them to reduce the reach of protest movements. They have also been mobilized in an electoral context, in particular to prevent most of the population of some neighborhoods from going to polling stations. These practices are not specific to Haiti, but the consequence of a political context marked by a crisis of organizational militancy and the weak anchoring of political organizations. The exploitation of the bosses of the popular neighborhoods by the existing powers is generally proportional to the decline of their political legitimacy.

In grandstand Recently published on the website of the Haitian agency Alterpresse, you argue that the rise to power of former president Michel Martelly and the party he founded, the Parti haïtien tet kale (PHTK), has been a turning point. Gangs proliferated. And under the presidency of Jovenel Moïse?

President Jovenel Moïse appeared in a moment of discord within the PHTK clan, over the question of the succession of Michel Martelly. Many massacres were committed in clashes between rival gangs during his presidency. For many expert observers, these clashes reflected on the ground, in the popular neighborhoods, the conflicts between the various “associates” in the silent lounges of the places of state power.

Do gangs still operate under the control of the political class today? Or are they emancipated?

I think gangs have finally escaped the control of traditional politicians. The politicians, who had experience of power and who had already used the services of gangs as leaders, believed that once in the opposition they could use their service again to fight power. They did not take into account the consequences of the use of means that arise from the exercise of state power, means (legal, paralegal and illegal) that end up in the hands of individuals who are not outside the “political form” [Michel Martelly et le PHTK, ndlr]. Currently, the terror campaign waged by gangs is not a classic form of repression. It is not directed against known political opponents. It is directed against the population of the popular neighborhoods and the middle classes of the already precarious big cities.

Who benefits from chaos?

Chaos benefits the “medium”. It also benefits the people who need to be responsible. People who have occupied positions in the state apparatus and who have squandered public funds. The rise of terror corresponds to the rise of the anti-corruption movements, the movement#Petrocaribe Challenge. In this sense, the gangs have served to dissuade the population from demonstrating in the streets to shout their stove. How to get out of this chaos? The solution can only be political. The situation is such that the political class has the choice between perishing or finding a consolidated consensus on the basis of a political project that will make it possible to deal with the infrahuman conditions that favor the development of gangs in the popular neighborhoods of agglomerated cities. As long as we do not put an end to this situation of execrable misery in which three quarters of its population find themselves, as long as we do not end the precariousness of the middle classes, we will not be able to restore democratic institutions in Haiti.