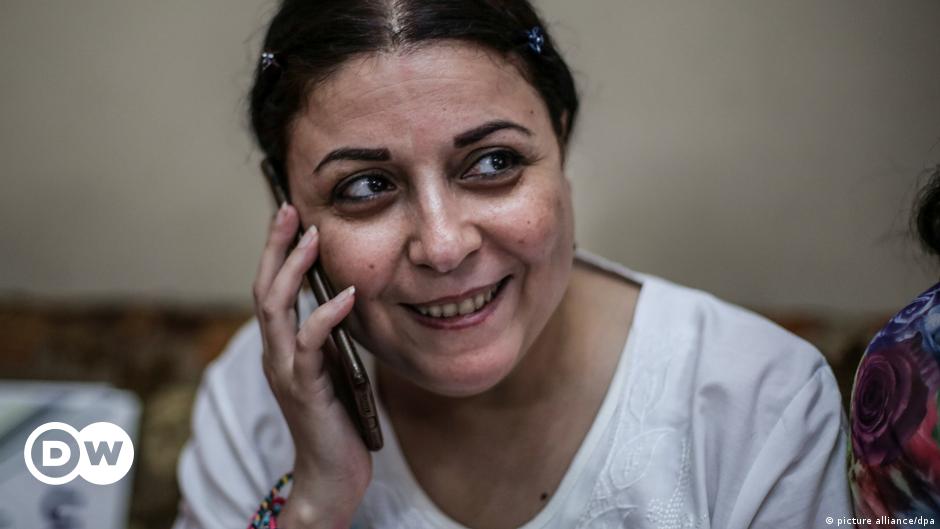 Israa Abdel Fattah left prison a few days ago. The activist had spent almost two years in custody and is considered one of the central figures of the 2011 revolution in Egypt. She was charged with “disseminating false information”. In addition, the now 43-year-old is said to have worked with a “terrorist group”, according to the indictment.

Abdel Fatah was one of the first Egyptian activists to use digital media in the context of the so-called “Arab Spring” in 2011. Back then, when the mood in the country was extremely euphoric and the failure of the “Arab Spring” was not in sight, her videos earned her the nickname “Facebook Girl”. She was later even nominated for the Nobel Peace Prize.

In total, over 40 people have been released from custody. Their release followed shortly after the beginning of the Muslim sacrificial festival Eid al-Adha. Mercy edicts and releases have a certain tradition on this high holiday in Islamic countries.

“I’m glad the people got out of prison,” says Ramy Yaacoub, director of the Tahrir Institute for Middle East Policy in Washington. “But there are many more prisoners,” he points out. Exact figures are not known, but the international human rights organization Human Rights Watch estimates that around 60,000 people remain in Egyptian prisons for political reasons.

Egypt continues to take action against politically unpleasant citizens. A trial of six secular activists and journalists began last week, including Ziad el-Elaimy, a former member of the Egyptian parliament and one of the leaders of the country’s Social Democratic Party. The activists arrested in 2019 are accused, among other things, of “disturbing the public peace” and “spreading false news”. In the eyes of the state and the judiciary, they are suspected terrorists.

Merciless to the Muslim Brotherhood

Twelve Muslim Brotherhoods were sentenced to death in June. Since the fall of ex-president Mohamed Mursi, who came from their ranks and who died in custody two years ago, in 2013 these have been considered a general terrorist organization. After the death sentences were pronounced, the Egyptian president alone could have pardoned the convicts within two weeks. However, Abdel Fattah al-Sisi let the deadline pass. 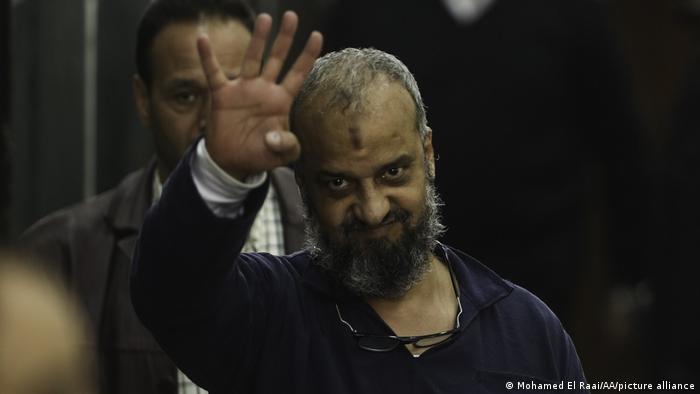 Beltagy Muslim Brother (during his 2016 trial)

Under the hashtag #StopEgyExecutions, family members started a media campaign to protest against the verdicts and to draw international attention to the impending executions. Sana Abd Al-Gawad, the wife of Mohamed Elbeltagy, who sat for the Muslim Brotherhood in the Egyptian parliament in 2012, writes that her husband and the other convicts have become the target of a “bitter campaign of revenge” that lacks all moral and humanitarian standards Opinion that DW has received.

Sana Abd Al-Gawad also said that she had made “fabricated accusations” against herself, which meant that she could not be near her imprisoned husband for security reasons. They and other relatives feared that the death penalty would soon be implemented. They were not given a specific date, complains the Muslim Brother’s wife.

According to an Amnesty International report on the use of the death penalty in 2020, Egypt is the third most popular country in the world to use the death penalty. It is only surpassed by China and Iran. According to Amnesty, 264 death sentences were imposed and 107 judgments were carried out in 2020 in Egypt – including 23 cases related to political violence and “as a result of grossly unfair trials, brought about through forced ‘confessions’ and other serious human rights violations, including torture,” according to Amnesty.

Overall, in 2019, with 32 cases, significantly fewer executions were carried out. This means that their number has more than tripled within one year. Within the Arab states, Egypt is now “leading” in the issuing and execution of death sentences.

No longer a “favorite dictator”

Criticism of this has not only come from Europe on a regular basis – but has also been clearly audible for several months from Washington, Cairo’s most important international partner. Unlike Donald Trump, who ironically pampered President al-Sisi in public as his “favorite dictator”, the new US administration under Joe Biden has repeatedly articulated clear criticism of human rights violations in Egypt. 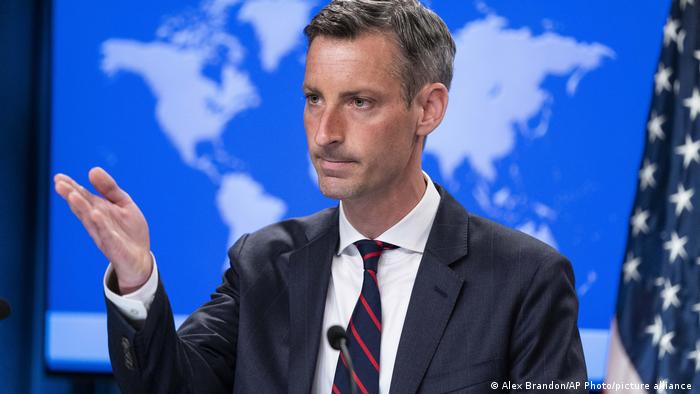 Just a few days ago, US State Department spokesman Ned Price criticized the charges against the activist Hossam Bahgat, director general of the Egyptian Initiative for Personal Rights (EIPR). “We believe that all people should be allowed to freely express their political views, to peacefully assemble and associate,” Price said at a press conference. “As a strategic partner, we have raised these concerns with the Egyptian government and will continue to do so in the future.”

But does this also mean a change in policy towards the leadership in Cairo? So far, this has hardly been seen, even if President al-Sisi has not received the same attention under Biden as under Trump. Egypt also has a few trump cards in hand with which it can arm itself against political pressure from Washington.

The country is seen as a reliable partner in the fight against terrorism. American warships and military ships also enjoy preferential treatment when crossing the Suez Canal, while US military aircraft can pass through Egyptian airspace unhindered. In addition, Egypt is an important mediator in the Middle East conflict. 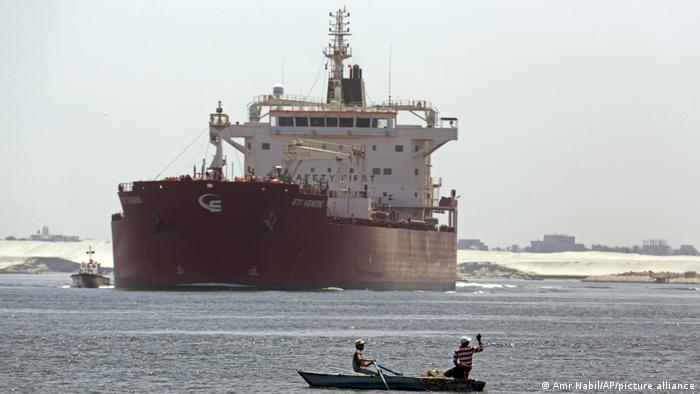 “International pressure could certainly cause President al-Sisi and the Egyptian government to change their behavior,” says Mohamed El Dahshan of the London think tank Chatham House: “The truth is, however, that we have never seen anyone take this seriously would have tried. ” All previous attempts have been half-hearted, according to El-Dahsan.

Worry about reorientation in Cairo

In addition, there is something else, says Ramy Yaacoub from the Tahrir Institute in Washington: Above all, the USA, but also European countries such as Great Britain, conduct large-scale arms deals with Egypt – and they are very keen that Egypt does not buy its weapons elsewhere in the future, for example in Russia or China. The underlying concern is that if Egypt were confronted too much with human rights criticism, it could also loosen its close ties to the West in foreign policy and search for new, strong but less critical partners. 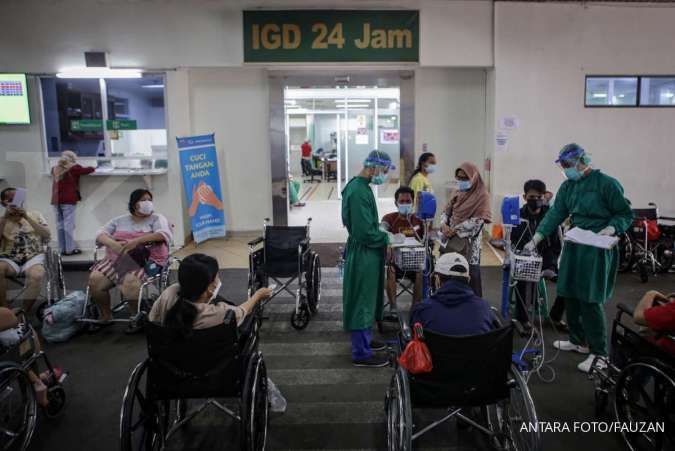 Get to know long covid, its characteristics and how to prevent and overcome it 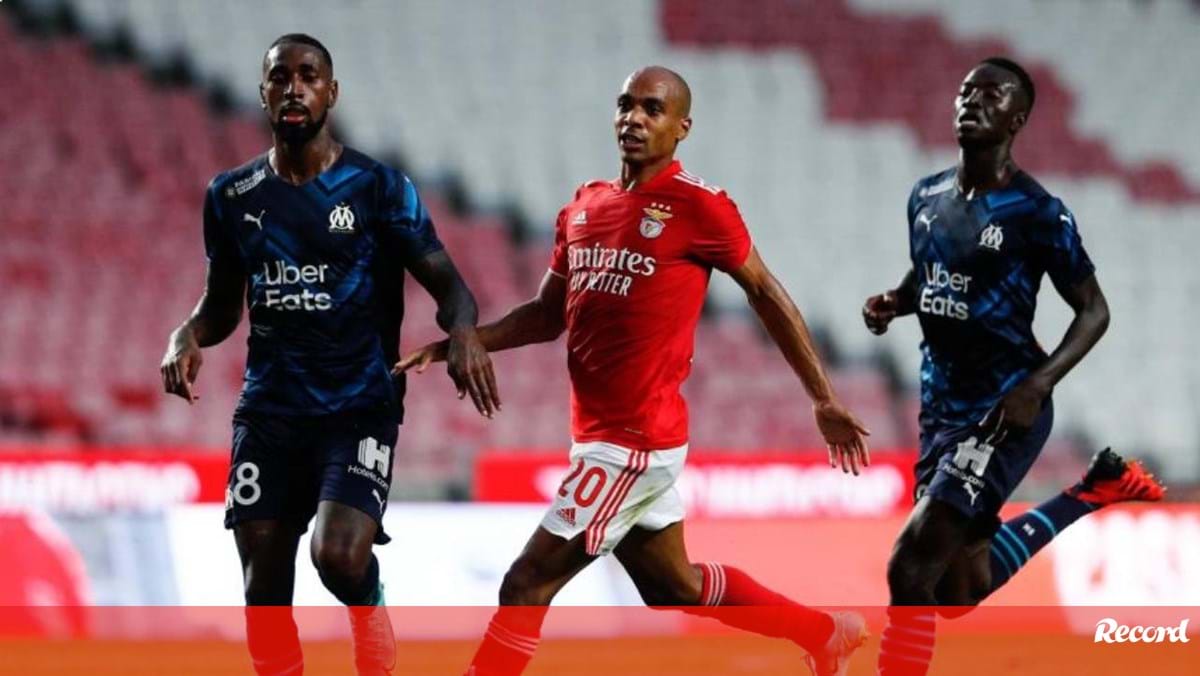 Gerson on Jorge Jesus: «He was the one who gave me back the happiness of playing football» – Marseille Giant Asteroids Start Closer To Earth, Up To The Pyramid Of Giza