Quiet Riot drummer Frankie Banali has died following a bout of pancreatic cancer. He was 68.

Banali’s wife, Regina Banali, confirmed in a statement to USA TODAY Friday that the rocker “ultimately lost the fight at 7:18 pm on August 20 in Los Angeles surrounded by his wife and daughter.” Banali shared daughter Ashley, 23, with his first wife, Karen.

Banali was diagnosed with stage four pancreatic cancer in April 2019 after going to the emergency room with leg pain and shortness of breath, according to Banali’s GoFundMe Medical Fund. Doctors gave him six months to live after discovering that his cancer “had already metastasized to his liver,” making it “incurable.”

“He put up an inspiringly brave and courageous 16-month battle to the end and continued playing live as long as he could,” Regina’s statement added, noting that standard chemotherapy stopped working and a series of strokes made the continuation on a clinical trial impossible for Banali.

The rocker, known for his signature long black hair, also played drums for the heavy metal band W.A.S.P. Banali was inducted into the Hall of Heavy Metal History in 2017.

“He lived for playing live and performed for millions of fans around the world throughout his career,” wife Regina said in her statement.

Banali is survived by his wife Regina, daughter Ashley and and a “menagerie of rescue animals all of whom are family,” Regina wrote.

She added, “His wish for everyone is that you be your own health advocate for early detection so you may live long and rescue many animals.”

Sung-Yong Ki, no sexual violence, goes to the end without mercy

Number 4, then what? Nong Chat changed the look of Gig Suwajani, I forgot. I thought that Korean girls came by themselves.

Danger to life from mini-stroke 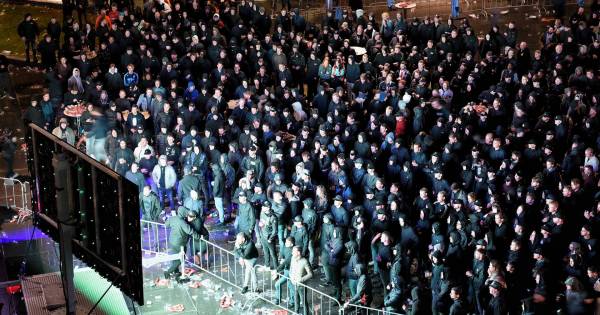 One dead in a tragic accident on the Bauska highway / Day

Conti workforce demonstrates with a motorcade in Offenbach