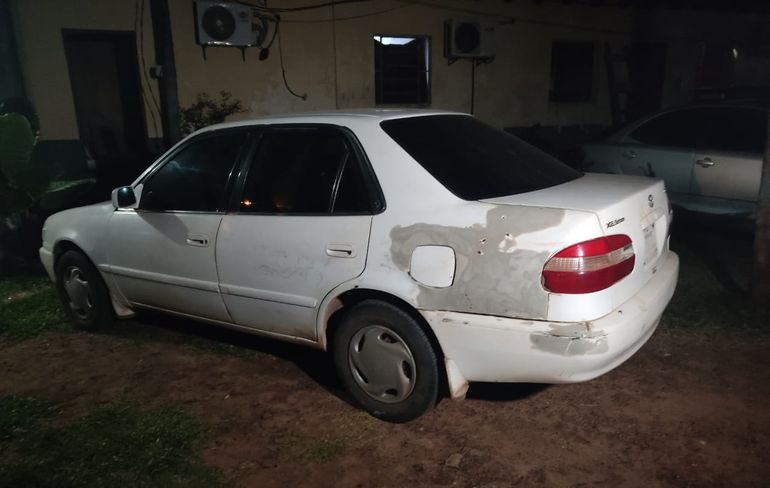 Agents of the Lince Group accompanied, in response to a request for help, a pickup truck that was carrying a patient inside that had to go to a hospital. On the way, a vehicle blocked traffic and the police officers had to apprehend the four occupants because they refused to give way.

Four men were arrested by officers from the 9a police station. de Limpio after obstructing the traffic of a truck that was carrying a patient and was accompanied by agents of the Lince group before a request for help to arrive as soon as possible to a health center.

The arrest took place at 7:30 p.m., on San José and Pedro M. de Portugal streets in Limpio and Alcides Gutiérrez Rojas, 34, and Benigno Mora, 45, were arrested.

As reported by Deputy Commissioner María Insfrán, Chief of Operations of the 9th Police Station. of Limpio, a driver of a van asked for help to speed up the traffic, as a result of the fact that he was carrying a patient, so agents of the Lince Group, at the request of the deputy commissioner, accompanied the vehicle with the beacons on, but upon arrival indicated a Toyota Corolla model car, white, plate BEF 355, which was circulating on San José street in the direction of Piquete Cué, hindering traffic at all times preventing the vehicle that the patient was carrying from circulating normally and ignoring the request of the intervening parties.

For this reason, the agents intercepted said vehicle, its occupants began to act in an arrogant manner, refusing the procedure and their identification. They later argued that they did not give way because they were returning from their jobs and were tired.

The fact was communicated to the prosecutor Lissa Ruiz Díaz, who ordered that the apprehended remain at the police headquarters, in addition to the seizure of the vehicle.

All were subjected to the alcotest and the result was negative, reported the ABC journalist Rodolfo López.