For the anti-system protest vote. GERB retains power like a pile of EU funds 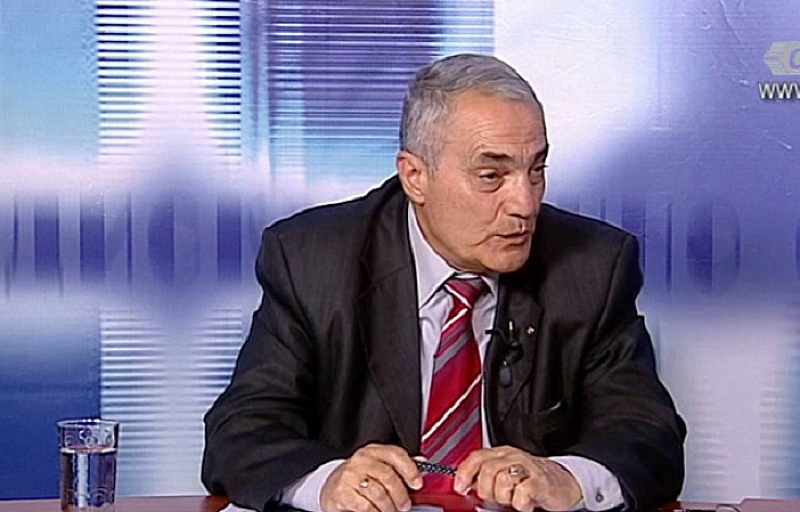 Over the hundred days of protests, they proved their worth. There are 3 systemic and 2 hybrid parties in the National Assembly (the Sofia city right and “Stand up! Get out!”) And an anti-systemic political movement. The election results were shocking for Bulgaria! Modern neo-populists, so far anonymous by “There is such a people” (ITN), have shown a reluctance to follow the chalgarization and simplification of politics approved by the ruling GERB chamber in the name of the personal benefits of the leaders.

Has the intelligentsia moved away from power again? The high results of ITN from the voting abroad show that there is a minimal outflow of gray matter from our country from emigration. At least from the voters.

So far, President Rumen Radev is also a moral winner.

The clientelistic bureaucratic party GERB + and its affiliated companies have so far retained power in the form of a pile of EU funds and will strive for minimal power losses. GERB’s methodology of using EU funds disgusted many voters with the vicious state-corruption capitalism of favoring those close to power. Reference – the funds for infrastructure and the over-concentration of land in a small number of huge grain farms, declining livestock and totally declining production of fruits and vegetables.

The Patriots, although defending nationally responsible positions under the Istanbul Convention, Gypsy arbitrariness and delay in Povardarie, only after the signing of the multiservice non-binding agreement with Skopje in 2017, seem to have eaten with power and mutual fights, and units with commissions. They failed to oppose the failure of part of the Bulgarian business, accustomed to ease from EU funds, as soon as it got to them.

BSP suffered multifactorially, incl. from divisions and personal ambitions: Stanishev’s international career at any cost, the self-confidence of Gergovtsi, Krassimir-Yankovtsi and the eternal boyar deputies. He also lost the political incompetence of the obviously former school excellent students such as the leader Ninova and her “fight against the enemy with a party ticket” according to an old Bolshevik tradition, of Manolova, Yoncheva, Doncheva, formations such as ABV … And on election day, the epidemic could not but have had a restrictive effect on the older and sicker electorate. A colorful multi-party parliament with an atomized party system, diversifying the analog populism of Prime Minister Borissov!

The concentration of power in one, two or more political parties in the “political empires” of China, the United States, and Russia does not strengthen the pronounced multiparty pluralism and democracy in the latter two, as the practice of the last presidential election in the United States has shown.

The recrystallization and atomization of the political space as a sign of a desire to change the system is not a Bulgarian patent. It has existed for years in Italy (Northern League), Germany (Alternative for G.), France (National Front), Spain (Podemos) and other member states of Old Europe such as the Freedom Parties of Austria and the Netherlands, the Danish People’s Party , UKIP in Great Britain realized its main goal of leaving the EU, the Greek Golden Dawn and others. In the Visegrad Four (B 4): Orban created his non-systemic party Fidesz in 1988-89. Jobik (in Hungary) and Law and Justice appeared in Poland. They dropped out and became a rarity in B 4 political parties such as conservative, Christian Democratic, agricultural, liberal.
In the Czech Republic and Slovakia, after the velvet revolution (in Slovakia, “gentle”), in my observation, the anti-systemic vote is usually expressed in the creation of many small parties and movements on certain issues.

Only in the last ten years in the Czech Republic appeared the ruling ANA 2011, the non-traditional parties Pirates, Freedom and Direct Democracy, the Party of Public Affairs, Top 09 and others. There are nine parliamentary parties in the Lower House (DC) + 10 more in the Senate and + 18 represented in the districts and municipalities. A total of 92 parties are registered in the Czech Republic, of which 25 are classic and over 120 movements. Only 8 parties are considered liquidated. In addition to the Czech Republic, there are officially more pirate parties in Europe and the United States, and 23 other active but unregistered parties in the world. The creation of new ones in 5 countries is being discussed. There is also the Pirate International. The pirates won the post of mayor of Prague and manifested themselves in the removal of Soviet monuments from the socialist era.

In Slovakia, 67 active political parties and movements have been liquidated, 29 have been liquidated and 85 are in the process of liquidation. “Ordinary People and Independent Individuals” (OHNL), currently the ruling coalition party of Igor Matovic, seems to me to be the closest in the process of emergence and election victory with the Trifonov movement.
The difference is that the similar protest vote in Slovakia received at least expert help and solidarity from outside political sympathizers to remove Robert Fico’s powerful center-left party, Direction. In Slovakia, I witnessed the emergence of Richard Sulik’s Freedom and Solidarity Party (PSS) in 2009. Then Fico called it the “Internet Party”, it really came from “networking”. Sulik reached the posts of Minister, Deputy Prime Minister, Speaker of Parliament, MEP. Subsequently, under political and financial pressure and influence from Brussels, the PSS began to boast ideologically of epithets such as liberal, libertarian, Eurosceptic, and more recently “right-wing.” The protest part of the PSS, the “pirates”, the OHNL (Ordinary people …) consists of the generation that does not remember the 90s, does not read thick books about the past and does not believe the stories of parents, grandmothers and grandfathers for the transition. Generation Y, according to generational theory in the United States, opposes the rulers because they do not accept their idol. This generation is not like the previous characters, but there are idols. The children of the players, who sometimes follow them in political actions, are already of generation “Z” – buzzers who believe not in words, only in “images”, e.g. in the wordless Instagram or among similar products of entertainment IT equipment such as smartphones, tablets.

Players do not distinguish between “leader” and “manager / boss”. They grew up in a consumer society, and some of the younger ones in alcohol and drug use. Their idols are rock stars, artists (Why not Slavi Trifonov in our country?), Footballers, especially for the agitators.

If we go back to Russia, we have every reason to assume that the recent unrest over Navalny’s personality has been based on “players” as a strike force with financial and ideological (for the elderly) support from abroad.

There is also some resemblance in ITN’s political unprofessionalism to Ukrainian President Volodymyr Zelensky. Or from the past with his former professional colleagues Ronald Reagan and Arnold Schwarzenegger.

The idol does not give explanations and does not expose party programs, which his followers are never particularly interested in!
The problem of Sulik and Matovic, who are still in power, was finding suitable experts for the government, but in Bulgaria there has never been a lack of candidates for deputies, and for ministers – from Bai Ganyovo time of Aleko!