for its president Francis Geffard, “indigenous peoples are now part of the conversation” 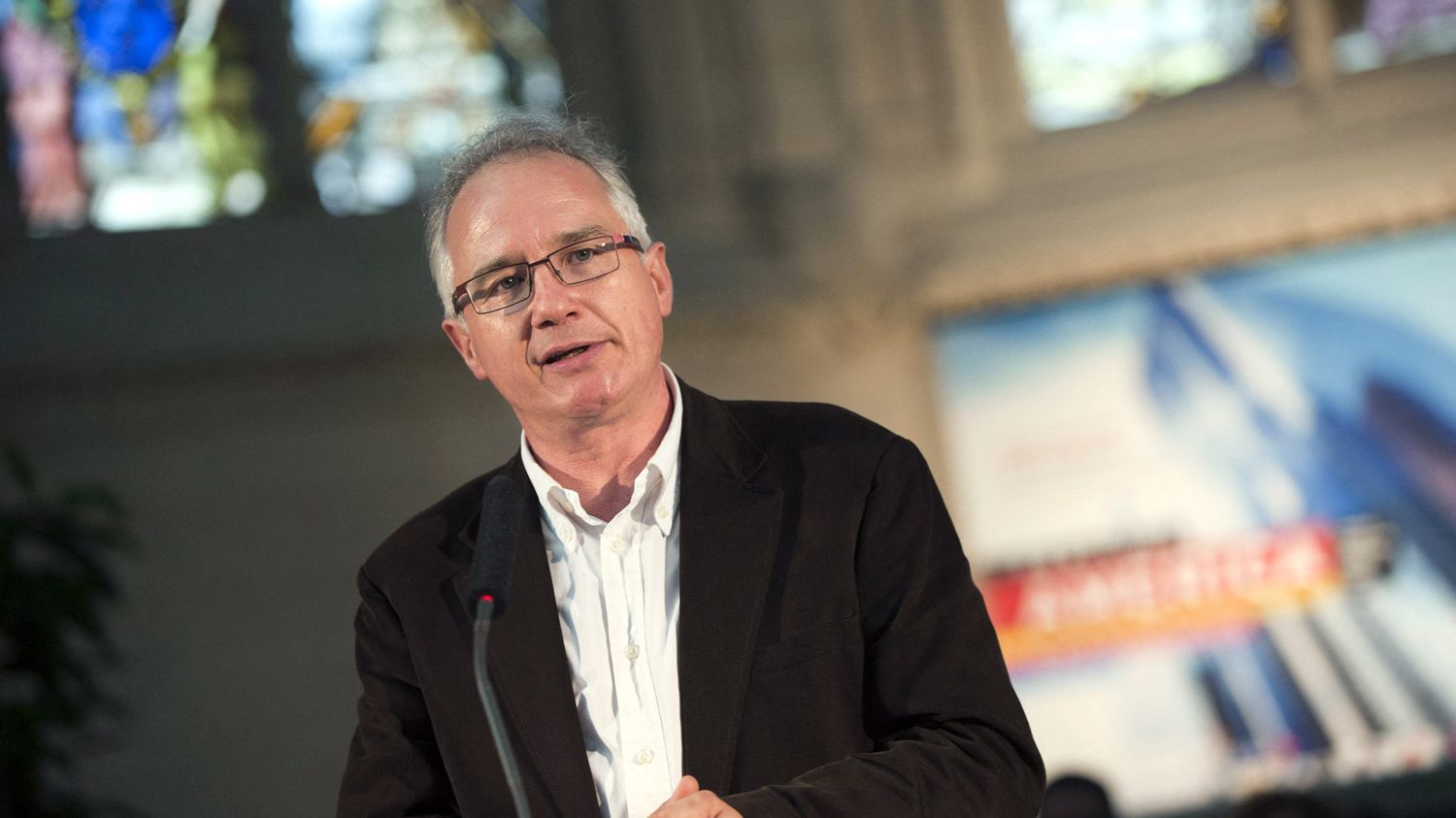 The America festival, which takes place in Vincennes (Val de Marne) from 22 to 25 September 2022, has chosen this year as its theme “The voices of America”, and among these voices it wishes to hear those long ignored by the so-called “first” peoples. On this occasion, the festival welcomes a large delegation of writers from the indigenous communities of Canada and the United States.

Francis Geffard, founding president of the America festival and director of Albin Michel’s “Terre d’Amérique” collection, explains to franceinfo Culture the capital importance of these voices in contemporary American literature and how these voices can open fields of stimulating reflections on major issues that cross our present.

Franceinfo Culture: why the spotlight on indigenous authors this year?

Francesco Geffard: This question has always been present as a red thread in the festival. This 20th edition of América takes place a few days before the 530th anniversary of the discovery of America, 1492/2022. In 2002 we decided to bring together writers from both Americas. This year we decided to do something around the voices of America. The voice of a writer is used for many things, to tell, but also to signal his presence, to fight and to protest. It is in this main theme that the voice of the Aboriginal authors comes. These are people who have been silenced for a long time, both victims of colonization and victims of acculturation. Their voices have only been heard for a few years. And these voices resonate on many issues related to environmental protection, global warming and also to all the issues that revolve around nature, identity and culture. Much of the festival will revolve around these issues of ecology and the environment. We are at a time when we ask ourselves a lot of questions about “where are we going”. It’s easy enough to see that the challenges we face are significant and that we don’t really know how to get out of them. Of course, all of this will be discussed in Vincennes during the festival and these so-called “first” people really have something to say.

“These peoples are not peoples that belong to the past. They are peoples of today and this is where we meet, because all the questions they raise concern us equally”

We invited authors but also indigenous journalists, representatives of various tribes, environmentalists, people who fight for the respect of the treaties and against the exploitation of the natural resources of the Indian reserves.

Is there a specificity of this literature?

I think that just as there are a thousand ways of being French, there are just as many ways of being native. Later, like being French, you are heirs of a common past, of a common culture. What we can say is that an ancient world resonates in their works. There really is this weight of the past, and there is the weight of the trauma, which is extremely present. There is also, in my opinion, a relationship with time that is completely different. In many works we find a circular dimension of time, which is not as clear-cut as Westerners, time is more flexible. And this is felt in the construction of novels, and there is, so to speak, interruption, there is a kind of linearity of time. It is also an oral literature, which plays a very, very important role.

“The first peoples were not peoples of writing but had stories, stories, songs, prayers, etc. And all this is reflected today in the works ”.

One can also note a particular relationship with the living. In many of these works we will find a relationship with what lives, radically different from that of Europeans. For us nature is something apart, while for the natives man is one with nature. The concept of nature is, as it were, foreign to them. And even today, even if acculturation has greatly reduced the originality of these cultures, it is no less true that the relationship with a landscape, with a mountain, with a river, with animals, with plants, is radically different from our.

Why did this Native American literature take so long to come out of the shadows?

This literature took some time to earn its marks in contemporary American literature. These authors were victims of the image attached to them. Not only were Indians completely colonized, but throughout history Westerners thought more about taking than giving and therefore also lost real opportunities to meet others and share things in common. .

“The image of the Indians has been completely diverted, it has become an integral part of the American collective unconscious”.

Finally, the thing that was in America and nowhere else was the Indians, who were sometimes seen as savages or sometimes as quite extraordinary beings, like the noble savage dear to Rousseau. Either subhuman or superhuman. To sum it up, it is the image of the Indian in the West. So these are people who have been victims both in reality and in imagination. It is true that suddenly, for a long time, we limited them to that, to a somewhat nostalgic image, in sepia tones, and in the end we completely lost the encounter because the Indian was confined to this area of ​​’ childhood or late adolescence. While these cultures convey questions that are essential. The so-called “first” peoples“ they are bearers of questions that are not questions of the past but eminently contemporary questions, identity, culture, relations with the environment, solidarity between generations, question us in many ways.

Which indigenous authors would you recommend to enter this literature?

There are two native authors who have played a very special role in the history of American literature, one is N. Scott Momaday. He is a Kiowa Indian from Oklahoma, he is the first Indian to receive the Pulitzer Prize for a novel entitled A house made of Dawn which was republished in 2020 in a new translation (by Albin Michel, ed). He is a poet essayist, he was a university professor, a specialist in Elizabethan poetry.

Louise Erdrich produced a very important work, wrote about twenty novels, poems, short stories, and is considered today as one of the greatest American writers, just like N. Scott Momaday, but this recognition did not go by itself.

“This Indian question is not easy to grasp, it is painful, it is not a question marked under the seal of lightness, but from my point of view it is absolutely capital.”

The fact that more than half a century has elapsed between these two Pulitzer Prizes awarded to Aboriginal authors raises questions. But this may be because they represent original sin. As Faulkner said “the past is not dead”, which is very Indian because for the Indians the past exists as much as the present, and Faulkner said that if we wanted to understand America we had to be interested in the Indian question: it was something he had thought about a lot , which he also lived for a long time with Jim Harrisson, one of the very significant American writers for French readers.

What can this Amerindian literature bring to us Westerners?

I would be tempted to say that for a long time Europeans and North Americans thought they had all the answers and were primarily concerned with development and capitalism, which consisted, among other things, of plundering other continents. Let’s see today where this logic has led us. The destruction of these peoples in the world has gone hand in hand with the destruction of the world of work, with the contempt for the lives of some of us. We can clearly see that we are coming somewhat to the end of this materialistic and consumerist logic, based on profit. We had a relationship with the world that only obeyed the law of profit, and today I would be tempted to say a little trivially that the bill is presented to us, when all these indigenous peoples had very different lines of development from this logic. So I think these natives are now part of the conversation. And it’s exciting.

How does Indian literature shed light on America?

I was one of your main smugglers of this literature. At the time I started working on this topic, these authors were excluded because they were deemed not worthy of interest for all the reasons I mentioned above. Instead

I see a great closeness between African American literature and indigenous literature. But beware, just because you’re Indian doesn’t necessarily mean you’re a great writer. This applies to any population. After that, when you are talented as an artist and have a particular vision, obviously that’s where you reflect something special about your community. The most interesting thing about Toni Morrison is not that she is black, she is that she is the writer that she was, and it is because she somehow succeeded. That she shed light on what African American experiences have represented over time and on all issues related to slavery.

“I have been in contact with this world for more than forty years. It did not make me Indian, but it radically changed my intellectual vision of history, culture and relationships with others”.

All this is not very comfortable because there is a kind of mise en abyme, but we are also the heirs, and I think that now we are faced with more questions than answers. The Indian world is the heir to a history made of destruction, lies, duplicity, I believe that in the history of humanity there are few people who have been so mistreated. When you look at what American history has been like, it’s incredible. But America is never as interesting as in its flaws and who knows if it has any, and it is perhaps this idea of ​​America’s flaws, and beyond those of the Western world, that we want to highlight at the festival this year, and experience the otherness. 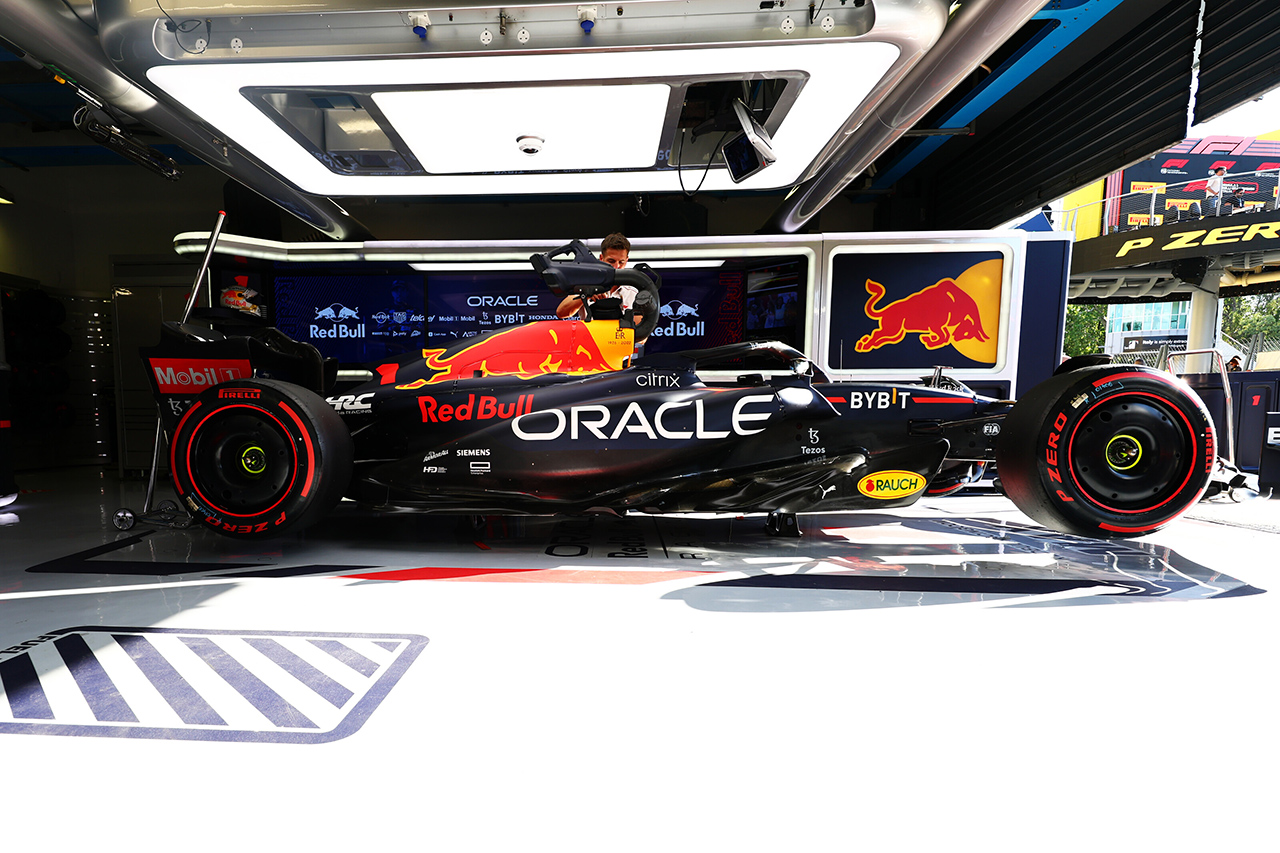 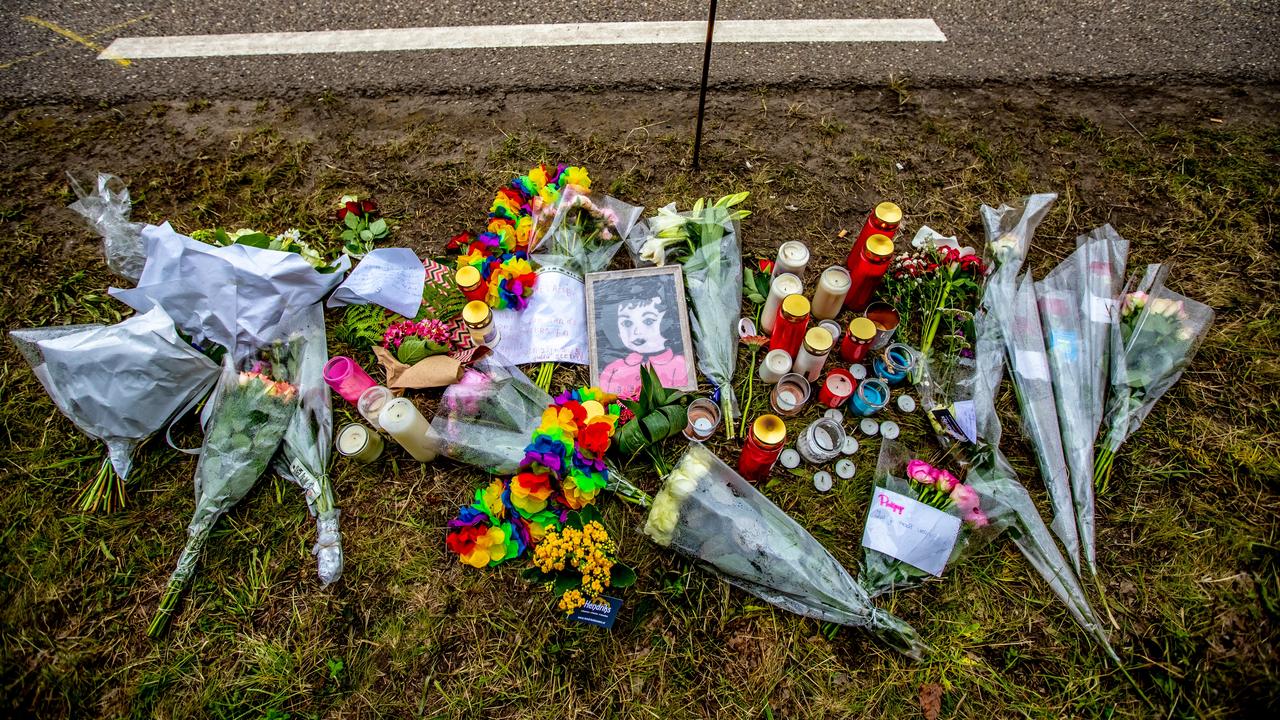 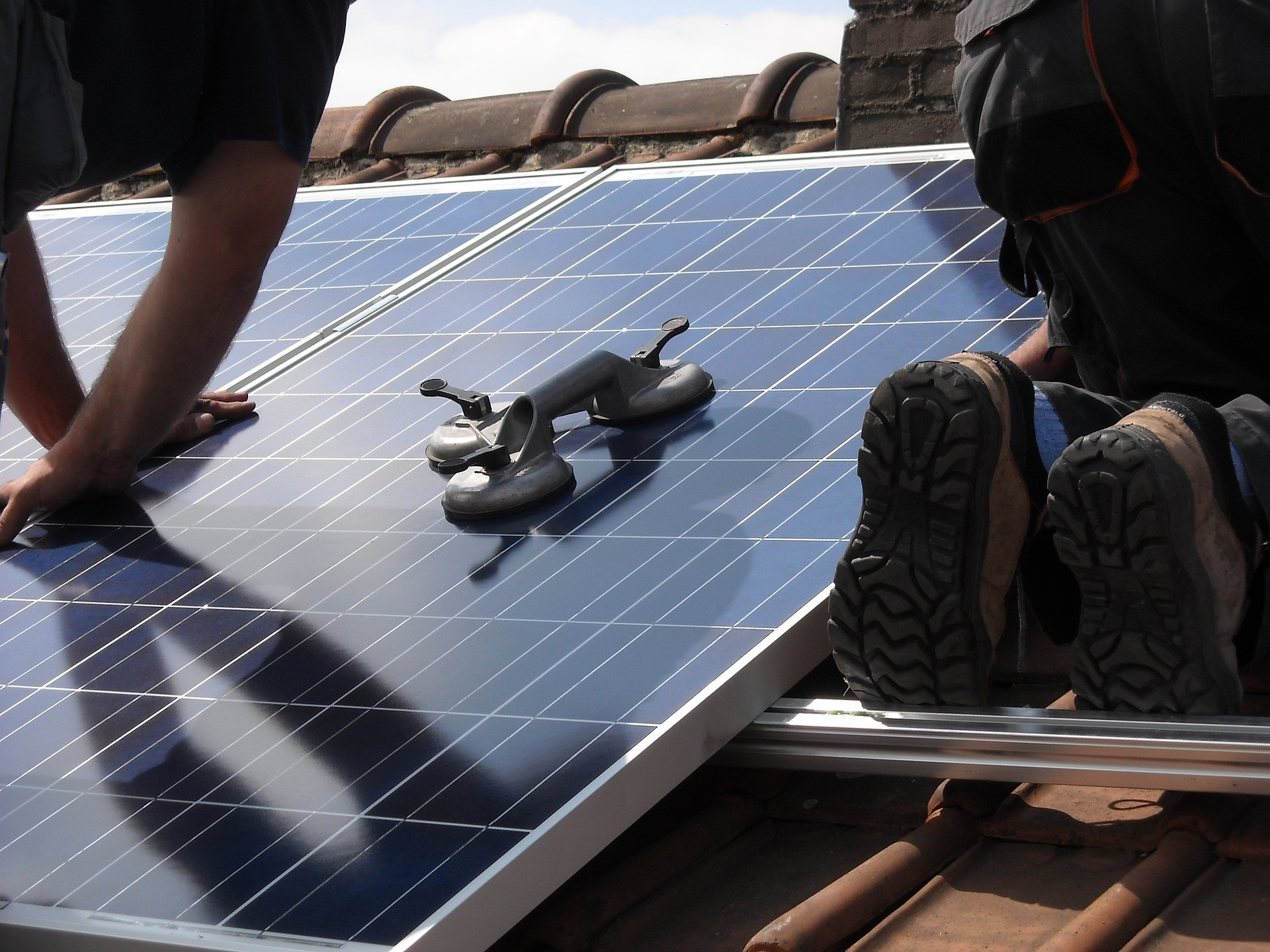 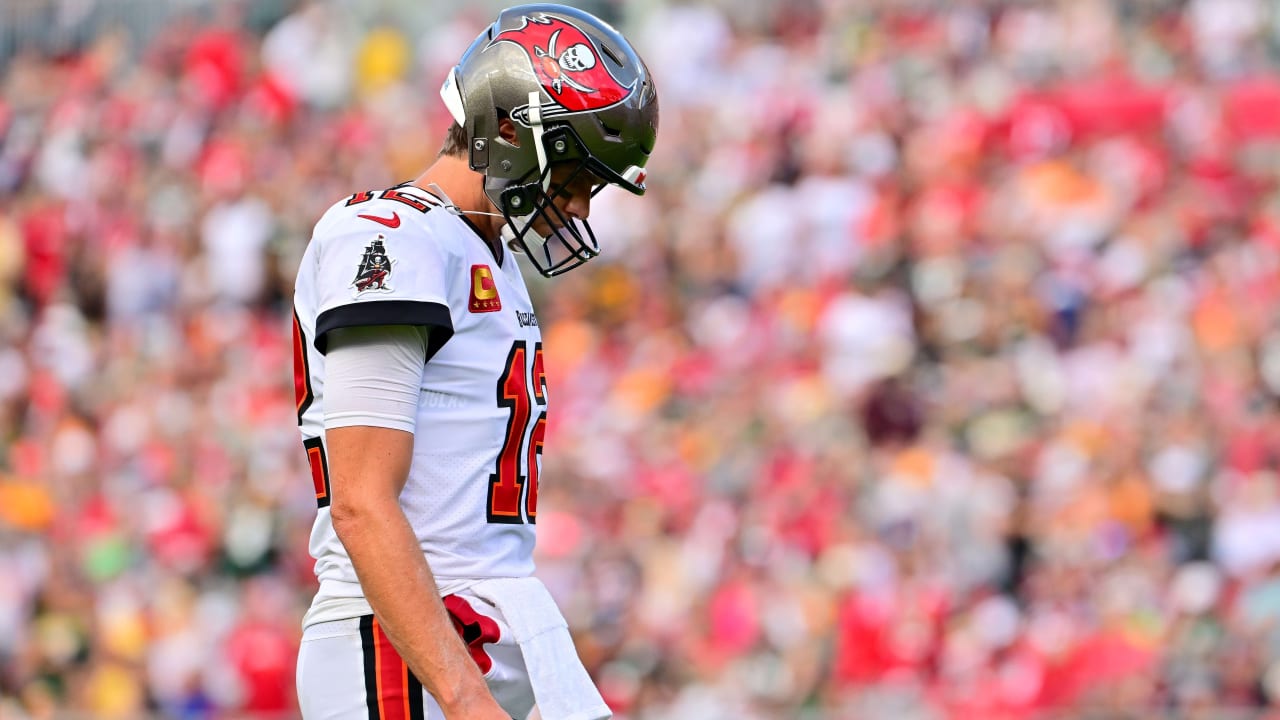 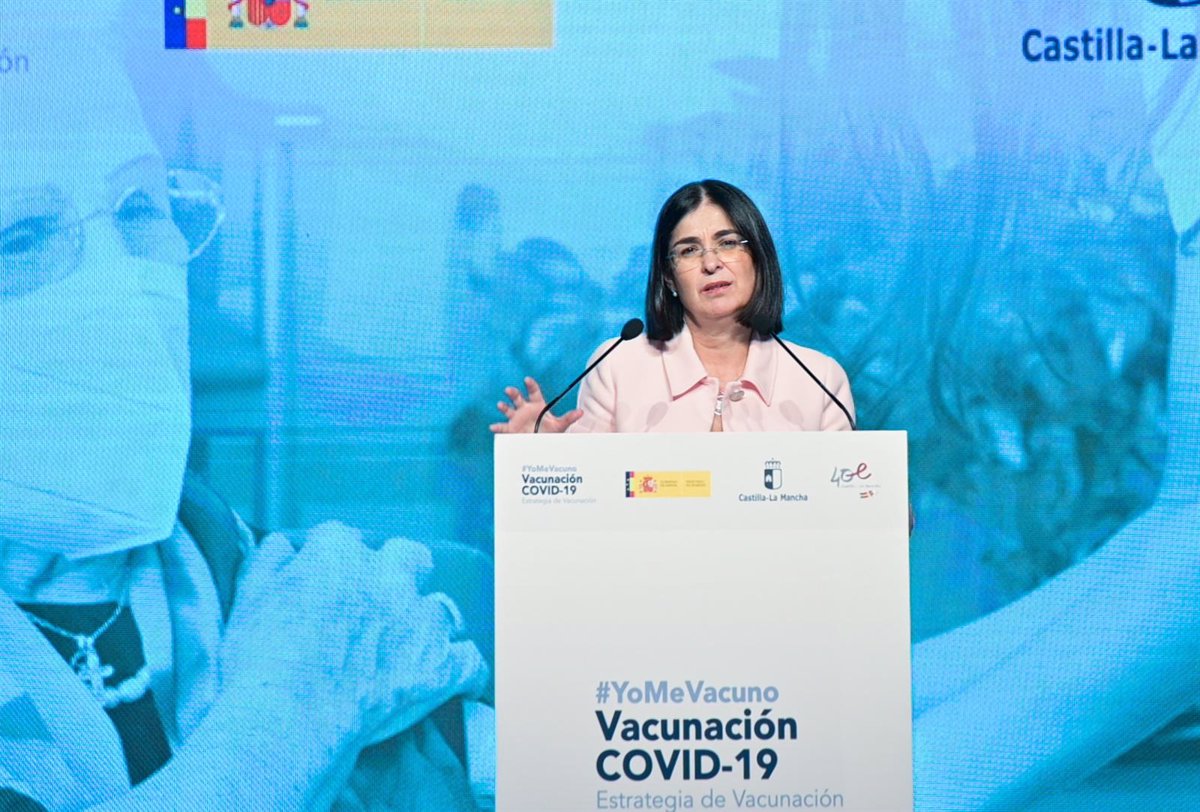 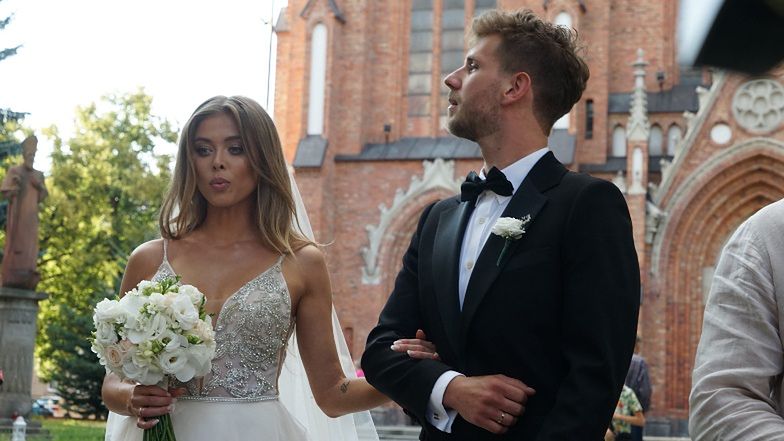 Antek Królikowski regrets having married Joanna Opozda. He evasively answers the question of whether he cares about his pregnant wife Super-Earths are larger, more common, and more habitable than Earth

Gasoline price, the big news finally arrives: the agony is over