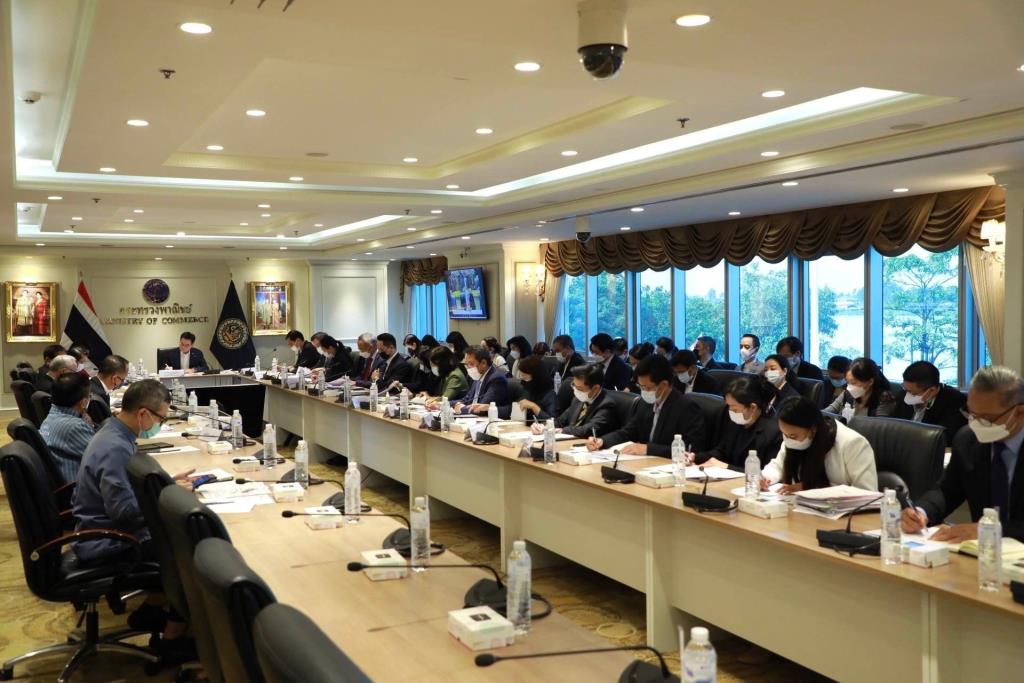 Commerce Ministry discusses plan to deal with next year’s economic slowdown set up war room Stick to and work closely with government and private sector. Initially, it prepares to penetrate 3 major markets, “Middle East-South Asia-CLMV”, to increase export sales by no less than 300 billion baht and to conduct Mini FTAs ​​with major cities or economic zones in England. Pakistan’s Lahore and Persian Gulf city

Mr. Jurin Laksanawisit, Deputy Prime Minister and Trade Minister Revealed after chairing a meeting of the Joint Public-Private Committee for Trade (Commerce Department) that this meeting will prepare exports in 2023 to support the global economic slowdown The International Monetary Fund ( IMF) predicts that in 2023 the global economy will expand to 2.7% from 3.2% in 2022, and must also be prepared to face problems that will affect exports. and the protracted Russo-Ukrainian war affecting energy prices and global food security. Chinese zero-covid policy who is the number one partner And is the second largest export market in Thailand and the baht exchange rate that affects the cost of importing raw materials

“As a result of the global economic situation that will slow down AND the protracted problems that remain unsolved from 2021-22, the assembly therefore resolved to establish a war room like war room, the Ministry of Commerce, composed of relevant government agencies. Minister of Commerce and all the private sector Working closely together throughout the year 2023 to deliver next year’s exports The numbers are still the best as Thailand’s government-private partnership advances together,” Jurin said.

said Mr. Jurin Action Guidelines He set the goal of penetrating potential markets to increase exports by the normal predetermined measures in specific cases by entering 3 large potential markets. It contains the Middle East market South Asian markets and CLMV market, with these big 3 markets in 2022 expected to have total exports of about 1.7 trillion baht and in 2023 will increase to 2 trillion baht, another 300,000 million baht .

The Middle East market will focus on 3 main markets: Saudi Arabia UAE and Qatar The main target products are food, auto parts. Air conditioners and building materials, etc. Set a goal for 2023, increasing the number of exports to these 3 countries by 20% from $8.9 trillion in 2022 to $10.3 trillion in 2023, or about 350 billion baht.

South Asia market Focusing on 3 major countries, namely India, Bangladesh and Nepal, targeting exports in 2023 to 3 countries, an increase of 10%, an increase from this year to 12,000 million US dollars, increasing to 13,200 million in 2023, or about 450,000 million baht, major commodities such as chemicals, tablets, plastics, automobiles and auto parts, etc.

The CLMV market consists of Cambodia, Lao Democratic Republic, Myanmar and Vietnam. The target is expected to increase by 10-15% from $28 billion in 2022 to $33.5 billion in 2023 or about $1.14 trillion baht. construction materials. household appliances, plastic beads, textiles, clothing And it will also accelerate cross-border trade such as food, fruit, vegetables and other commodities, etc.

In addition, the meeting approved the delegation’s visit abroad. which is an important country is 1. United Arab Emirates It will be another important port. except Saudi Arabia which will be used to send cargo to Middle East 2. India especially Gujarat There is Ahmedabad city. With India’s third largest economy, there is a large industrial zone. 3. Yunnan province, which Thailand needs to speed up Mini FTA, is the location of China’s important checkpoint, Mohan checkpoint. Now the government approved the opening of the checkpoint. There may be obstacles in practice. It will be an opportunity to negotiate with the provinces to facilitate the export of Thai products to China through the leaner Yunnan province.

At the same time, the meeting saw that, in addition to the FTA plan, it was moving forward. and waiting to do with England Should focus on Mini FTAs ​​with major British cities or economic areas. It is urgent to continue as well, including a mini free trade agreement with Pakistan, especially the city of Lahore. which is an important economic city of Pakistan. And finally, the Gulf Group or GCC. If you wait for FTA, it will take time. If you can do Mini FTA sooner, it will help you export numbers faster.