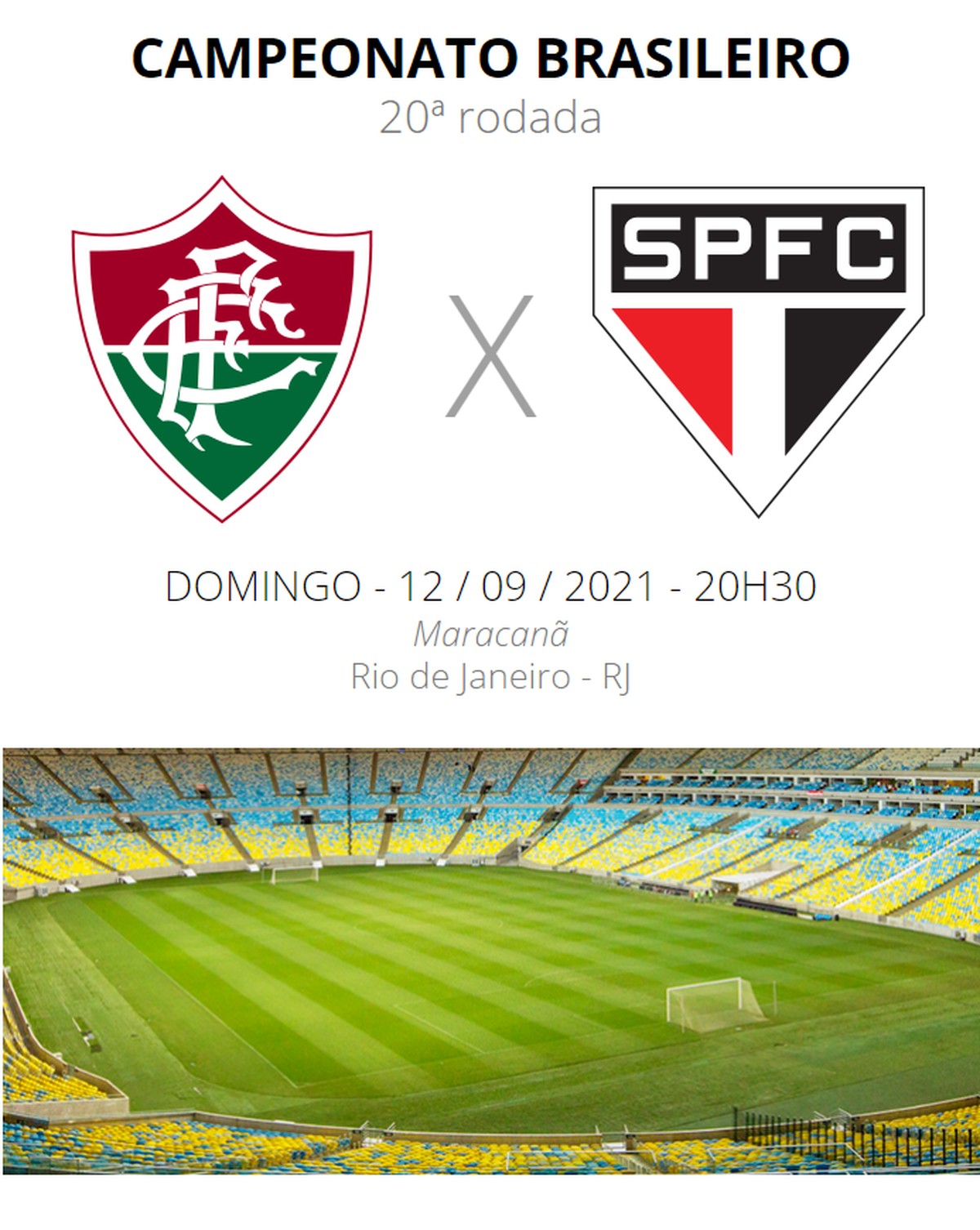 Separated by eight positions in the table of Brazilian championship, but for only three points, Fluminense e São Paulo they fight a duel from so far, so close. While Tricolor Carioca, in eighth place with 25 points, is three points behind the G-6, Paulista is in 16th place and is glued to the Z-4, just one point ahead. After tying 0-0 in the first round at Morumbi, the teams meet again this Sunday night, at 20:30 (GMT), at Maracanã.

⏱️ Follow the real time of the match HERE

Fluminense arrives undefeated in Brasileirão under the command of Marcão. Since the coach took over from the fired Roger Machado, there were two draws, against Atlético-MG and Juventude, and two victories, over Bahia and Chapecoense. The only defeat with the coach was for Galo in the Copa do Brasil. After finishing the first round near the G-6, Tricolor Carioca can return to the classification zone if they win, Corinthians lose to Atlético-GO and take the difference from the goal difference.

On the other hand, São Paulo arrives in a more delicate situation: although they cannot enter the relegation zone in this round, since América-MG already played on Saturday, Tricolor Paulista has not won for two matches and could be threatened in case of another trip. Despite the complicated situation in the table, H​ernán Crespo’s team has only lost one of the last 10 games played. In Brasileirão, he comes from five games unbeaten: he drew with Palmeiras and Juventude and won Athletico, Grêmio and Sport.

📺 Broadcast: Premiere broadcasts the match live, with narration by Luiz Carlos Jr. and comments by Ricardinho, Lédio Carmona and Fernanda Colombo at Central do Apito.

Alexandre Lozetti analyzes Fluminense x São Paulo, for the 20th round of the Brasileirão

In history, this will be the 127th match between the two teams, considering official and friendly matches. São Paulo has an advantage in the confrontation, with 55 wins, against Fluminense’s 45 and 26 draws. There were 200 goals scored by Tricolor Paulista and 189 by Tricolor Carioca in the match.

Marcao will make changes to the team. Of the squad that beat Chapecoense in the last round, Lucca and Martinelli will be absent: the forward suffered an injury in his left thigh, and the defensive midfielder felt it during the week and was also unrelated. Nonato wins the spot in the middle and will have his second chance as a starter. In attack, the coach tested a different formation, with Fred and Bobadilla together alongside Luiz Henrique.

The coach will still not have the defense considered as a starter. Arboleda is not fully recovered from an injury to his left thigh and is out of the list. Calleri is also not going to the game. The striker has not played an official game for four months and needs to regain his fitness. On the right flank, Crespo doesn’t have Daniel Alves (away), Igor Vinicius (suspended) and Orejuela (injured). Galeano should be the option.