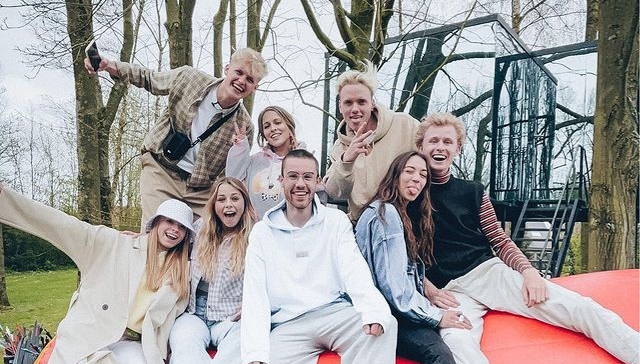 Flo Windey, one of the participants in the experiment ‘Social House’, leaves the project after persistent criticism. “I try to address diversity and inclusion in the media, and this was clearly not a correct representation,” Windey writes on social media.

Eight social media stars with a combined more than 5.8 million followers on Tiktok and 734,000 on Instagram would stay together in one house for two weeks. Every day there is a ‘challenge’, a guest and a video on Youtube. The project – Social House – is sponsored by KBC and Burger King and Het Laatste Nieuws publishes exclusive behind-the-scenes content. But the project was widely criticized. People are wondering how it is possible for this to be made now, while the country is experiencing a third lockdown. But there is also criticism of the lack of diversity of the participants.

‘I didn’t realize until late that I had watched the entire cast from a comfortable, privileged position and should have made my voice heard louder when it mattered,’ writes Windey. She writes that she also finds the timing of Social House unfortunate. ‘The corona crisis affects all young people and it was insensitive of me to stop thinking about it.’ Windey closes with an apology. “I promise to try harder.”