First protest in New York for the press against Trump 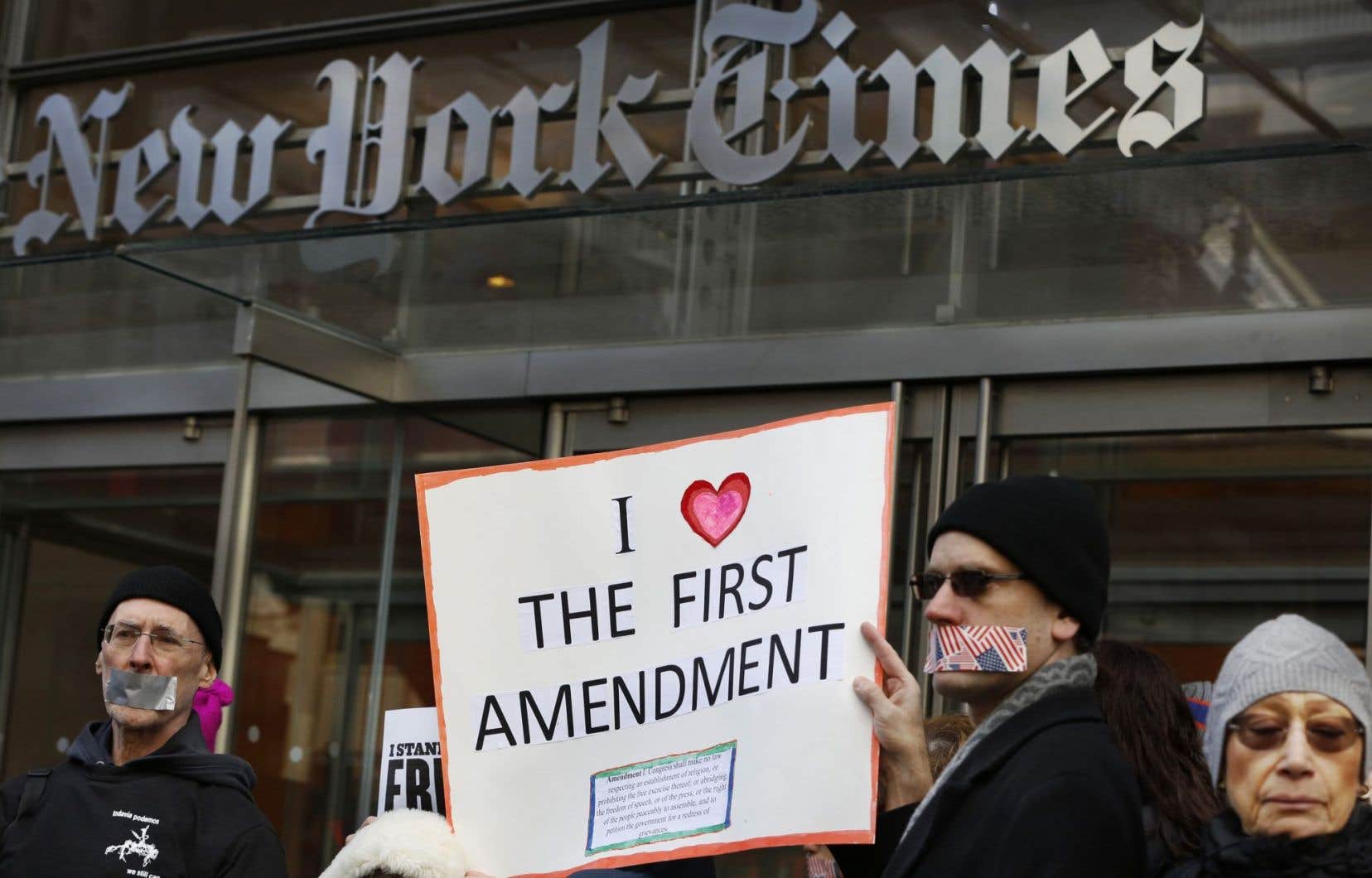 New York – Some 250 people demonstrated on Sunday in support of the New York Times and the media in the face of the Trump administration, in an increasingly heavy climate between the press and the new American president.

While New York, a Democratic stronghold, has chained anti-Trump protests since the billionaire’s election, this is the first time that a rally has been organized to support the press, after a week marked by new attacks on the House- Blanche against some powerful democratic-leaning media like the New York Times, the Los Angeles Times et CNN.

On Friday, the Republican administration banned these media from access to the daily White House spokesperson’s briefing.

When the weather became cold again, the demonstrators found themselves in front of the entrance to the New York Times, near Times Square, with placards citing the First Amendment to the US Constitution on freedom of the press or tape over the mouth to symbolize media muzzling.

« Whenever an authoritarian person or dictators take control they always stifle the press, this is the first thing they do », argued Donna Marie Smith, a retired teacher subscribing to New York Times« for over 40 years ».

« Democracy cannot function without a free and independent press, and that is precisely what this administration is trying to do. : silence them. But we won’t let it go »said Betsy Apple, a human rights lawyer.