Final impressions Diablo Immortal: Action, role, loot and Sanctuary in the palm of your hand 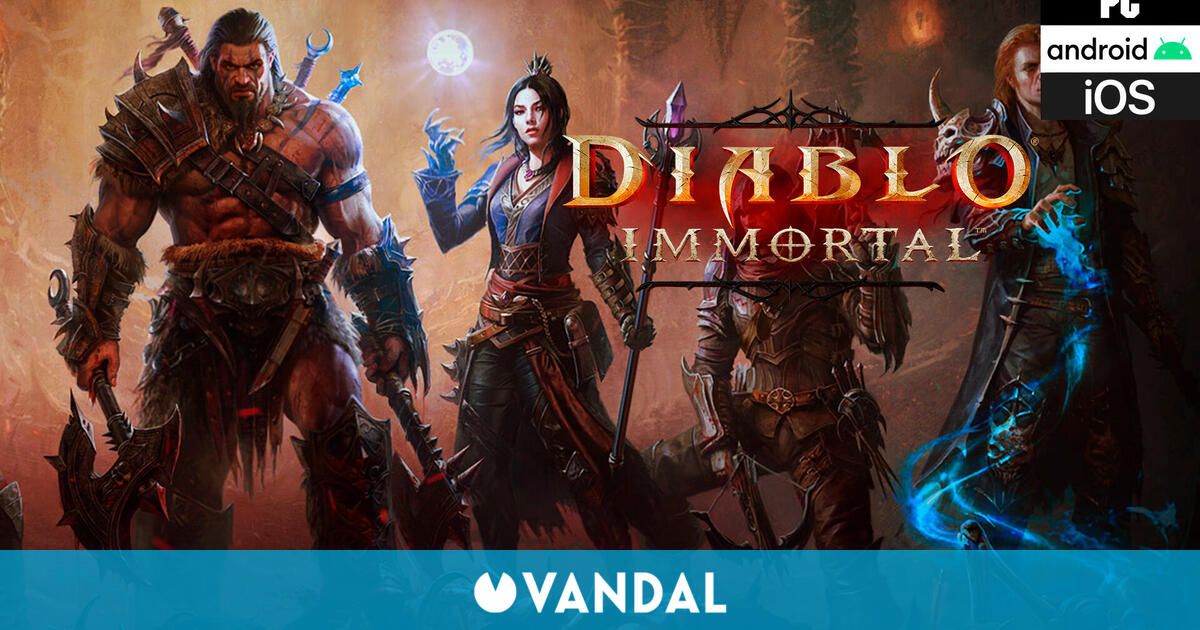 Blizzard I decided at Blizzcon 2018 to make an unexpected announcement for fans of one of his fetish sagas, Diablo, showing the world Diablo Immortala entrega free to play of its ARPG that sought to adapt the saga to mobile devices and that was born surrounded by controversy since, at that time, fans were waiting for the announcement of a much-desired Diablo 4 (which ended up showing up at Blizzcon 2019).

Almost four years have passed since that presentation and since we tested Diablo Immortal for the first time for a few minutes in which it seemed to us a more than worthy adaptation of the world of Sanctuary to mobile devices. Now, shortly before its launch, we have been able to play a version very close to the one that will be published tomorrow June 2reaffirming our idea that, despite the initial criticisms that have been dissipating as some players have been testing the beta of the game, we are, at the very least, facing a good game for mobile devices that does not break anything with the tradition of the saga.

Below you can see one gameplay where those shown Diablo Immortal in its version for Android:

You can also listen to our voice note, a short audio in which we tell you what we thought:

A narrative between Diablo 2 y Diablo 3

During this final test we have played for a handful of hours at Diablo Immortal which, obviously, are not enough to reveal the total quality of a narrative with events that take place between Diablo 2 y Diablo 3at a time when Archangel Tyrael is left for dead as shards of the Worldstone continue to contaminate Sanctuary.

Our adventure begins in Worthama small fishing village west of Nuevo Tristan to which we will travel after the rumors of an attack, beginning to enter the Diablo universe again with a lot of content with guides for fans, at least during the first hours of the game in which fans are going to find emblematic places and characters of the saga that at least have made us smile. We’ll see if the dynamics and the good initial sensations in this sense continue throughout the game.

Feeling the gameplay of Diablo in the palm of your hands

At the playable level we already told you on other occasions that Diablo Immortal manages to translate quite well to the small screen of our mobile devices the essence of the Diablo saga. On this occasion we have tested the game on a Poco X4 Pro 5G (a current mid-range phone that comfortably exceeds the minimum requirements of Immortal) being able to play it in medium graphic quality at 30 fps, mostly using touch controls to check if they are comfortable to play moderately long game sessions, although we have also been able to connect an Xbox Series X/S controller without problems to play with it, detecting it without any difficulty and quickly adapting the control (tennis a list of supported controllers here).

Los touch controls are simple, accessible and fairly well laid out so as not to confuse us with skills by mistapping and they seem to react quite well as soon as we tap the screen, so in this regard we have no complaints with this version nearing the end of the game. Diablo Immortal.

As for the gameplay we have found everything we can ask for in a game of the sagawith a lot of action, enemies everywhere with different difficulties and the typical special attacks in the form of charges, orbs… all of this reminding us of a traditional experience and inviting us to annihilate enemies to continue leveling up and improving our equipment in search of increasingly powerful objects. In fact, bridging the gap for control, sometimes we even forget that we are playing a mobile title and let ourselves be absorbed by Diablo Immortal as if it were a Diablo mssomething that speaks well of the game.

Six classes to rule them all

Of course, to defeat the enemies we will have at our disposal different character classes, being available, from the outset, six different classes (Barbarian, Crusader, Demon Hunter, Monk, Necromancer or Mage) being able to customize their gender and some visual aspects of the character. before traveling through Sanctuary, each of them having different abilities available.

In our case in this test we opted for the use of the Necromancer, already seeing some of his abilities such as a powerful spectral scythe, the possibility of exploding corpses or making a column of sharp bones emerge from the ground and, of course, summoning all kinds of undead such as skeleton warriors or magicians to help us kill our enemies. We have quite enjoyed playing this class, which is also one of our favorites and, by the way, we have total freedom to distribute the skills as we want, being able to have four active at the same time placing them freely in the four available skill slots.

At the content level Diablo Immortalat least during its first hours, looks like it’s going to give us a lot of fun time counting on dungeons, failures, a good handful of areas to explore that will take us on a trip throughout the Sanctuary, PVP modes, optional missions, challenges…

A few days ago we were able to chat with Scott Burgess, game designer, and Hunter Schultz, head of art for the title, to ask them about various questions, among which were the roadmap of Immortal for the future since updates are essential in a free to play title. The team insisted that they have a long-term plan for the game, being so ambitious that they expect it to be active for decadeswith plans to launch special boss fights and monthly skinswhile every three months we will have a new area to explore or dungeon to face that will have their own plots or missions and, finally, they also plan to add a new class to the game once a year.

And the business model?

An essential aspect of Diablo Immortal will be the business model since we are before a game free to play. During our chat we asked them about this topic, with Blizzard insisting that the core of Immortal be free to play with all dungeons, classes, PVP arenas and playable content being available to all players Without aditional costs.

In order to raise money upfront we are going to have a battle pass as well as cosmetic content with new monthly skins and from Blizzard they point out that most of what we can buy with real money will not have a great playable impact.

In this final beta purchases and the battle pass were not availableso in this sense we prefer to wait for the final version to talk to you in depth about the business model, its battle pass and if the paid content is not really important or if we believe that there is a risk that it will become a title pay to win o pay to fast which is one of the fears of fans.

Unfortunately in this final test we were unable to access the PC version of Diablo Immortala version announced by surprise that it arrives, according to the study, after many fans requested its adaptation to be able to play the new Diablo on its native platform historically, the PC.

this version will be released tomorrow in beta and the work of adapting the game, according to the team, has not been difficult since there were certain non-optimized versions of the game on PC for internal testing. When they made the decision to launch it on computers, the work has been mostly that of adapt some things like the interface or the use of controls to make it enjoyable on PC.

We also ask about How long do you expect the beta to last? on the keyboard and mouse platform, to which we were told that they do not plan to make a “launch” in which they say that the beta ends and the final version beginsbut they are going to polish the title to offer the best possible experience to fish tanks, following the line of Fortnite Battle Royale that was launched as a “beta” and that has been mutating organically into its final version.

Indeed, we will have crossplay between platforms and the progress will be linked to our account of Battle.net so we can play comfortably on PC at home and continue our game on our iOS or Android mobile while waiting for a friend in a coffee shop or traveling on the bus.

Good feelings in the absence of testing the final version

Our feelings with Diablo Immortal have been, once again, quite good and we believe that at least we will be before a Diablo very enjoyable sure to be a good game for mobile devices and also a title that can temporarily satiate PC gamers while we wait for the arrival of Diablo 4.

Las first hours of play have been satisfactoryalthough we there are a lot of things left to discover such as performance on various devices, how long the game is in its initial version or if finally the business model is going to be based on a battle pass and mostly static objects or if we are going to be facing a pay-to-win or pay-to-fast gamesomething that especially affects the PVP but, for now, our feelings with Immortal they are very good in the absence of a few hours to be able to enjoy Sanctuary in the palm of our hand.

We have made these impressions with an early access of Diablo Immortal provided by Blizzard. 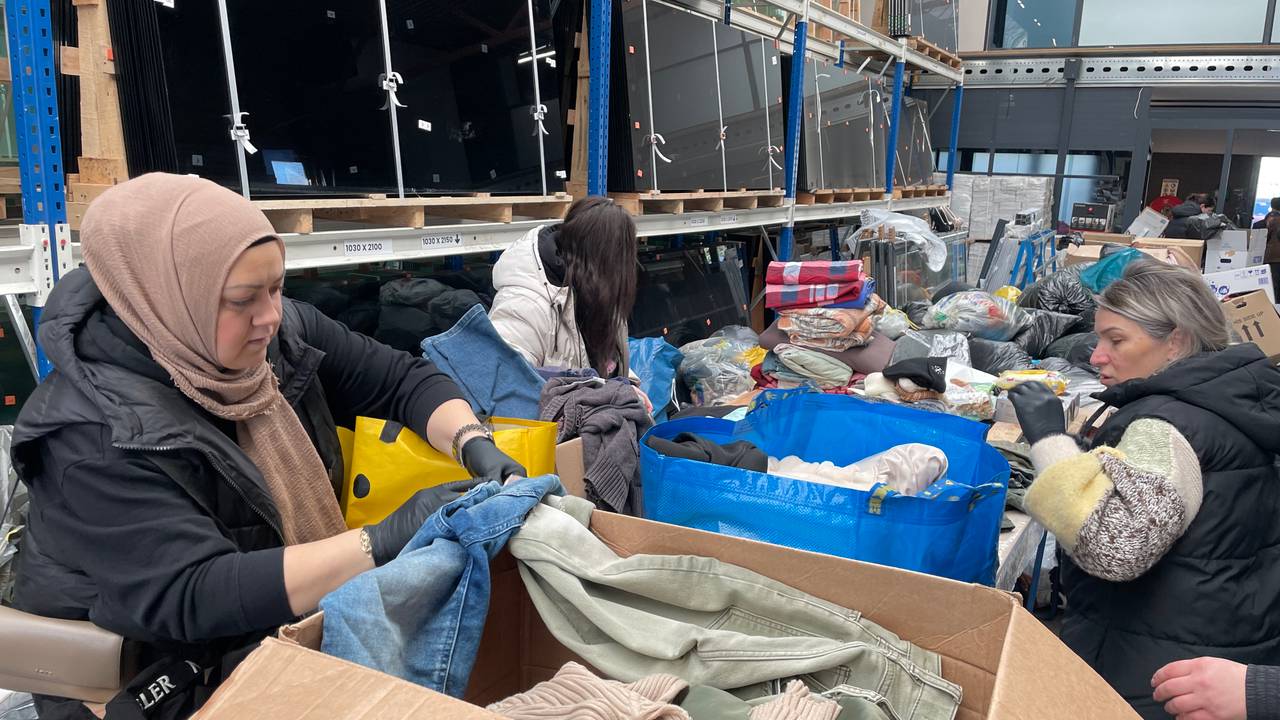 Aid supplies for Turkey continue to pour in: ‘This surpasses everything’ 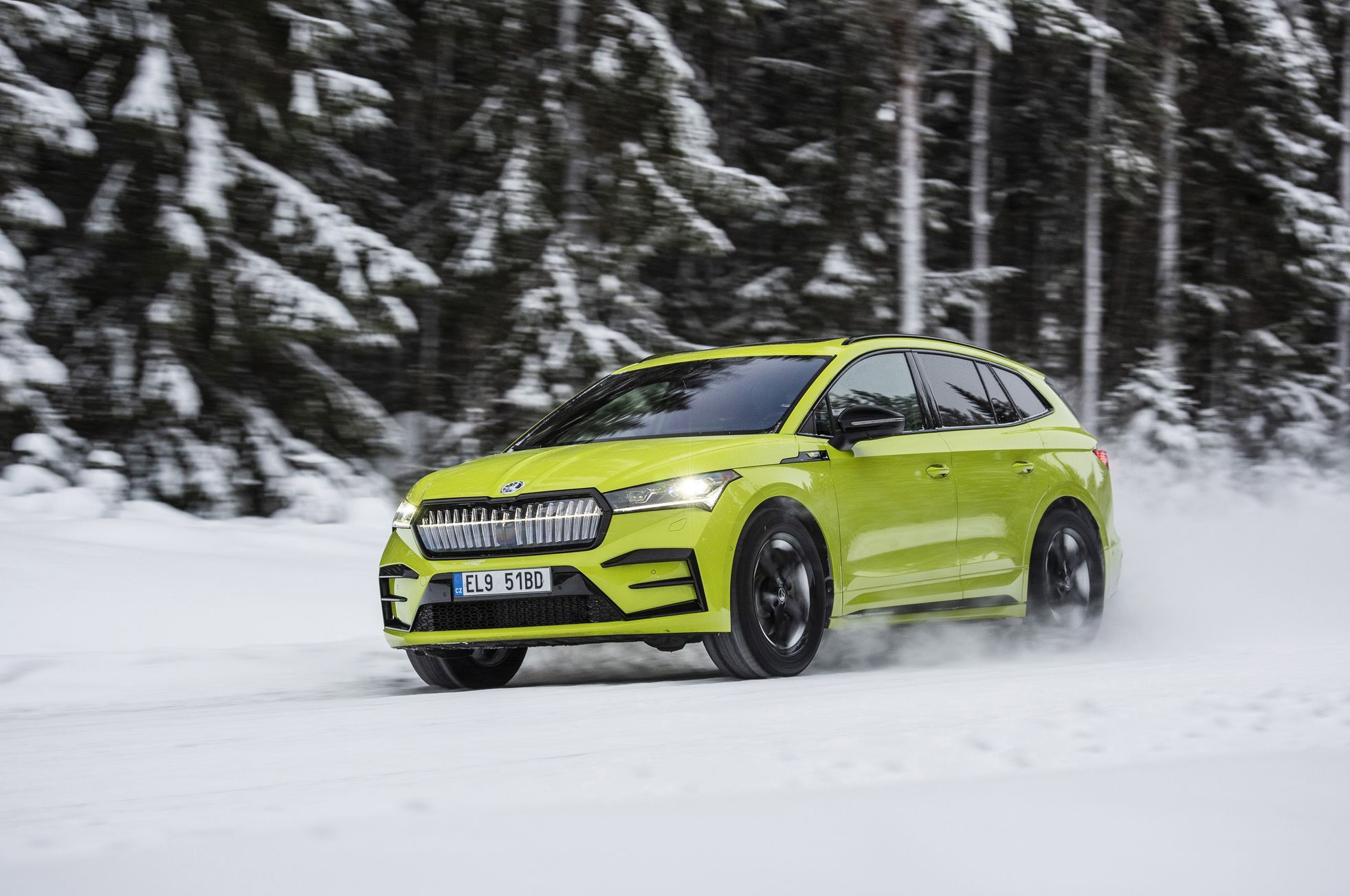 Gasoline cars are decreasing, electric ones are increasing. The most interesting facts about sales in Europe

A maximum of 50,000 euros in subsidy for starters who want to buy a house 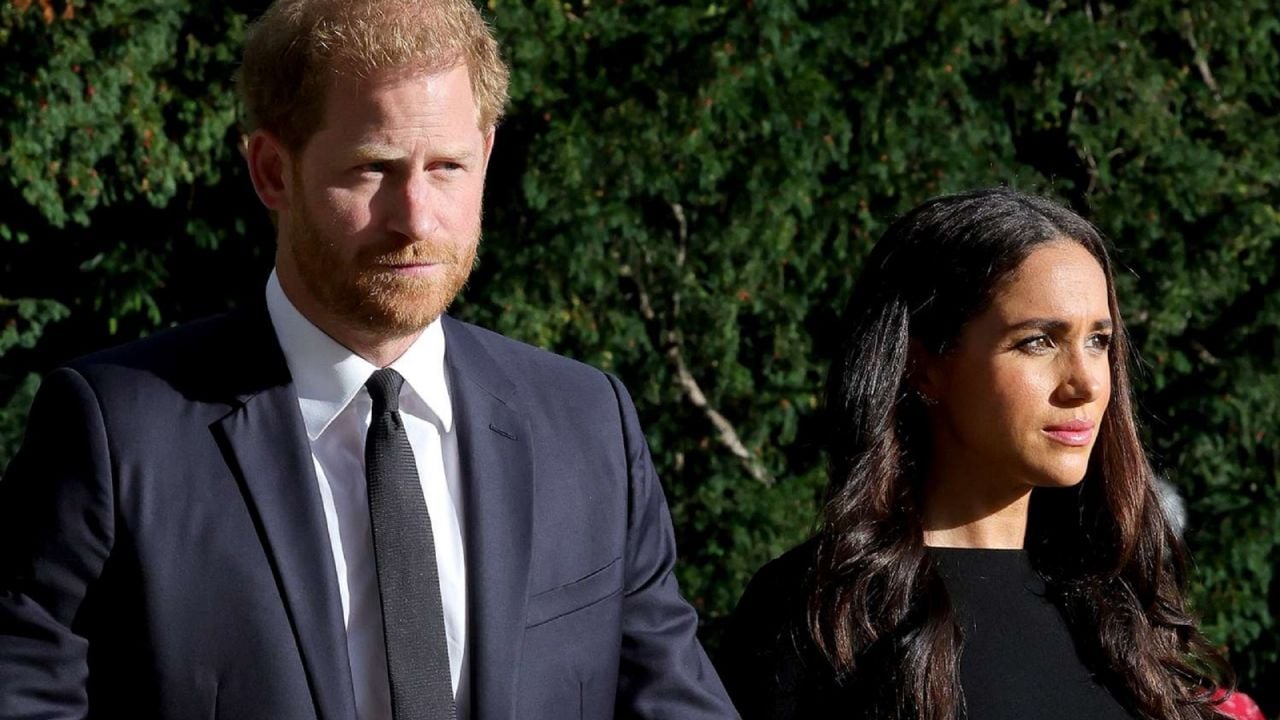 graphics comparison Xbox Series S vs Series X vs PS5 vs PC. Everyone will see the difference! — Iron on DTF

Aid supplies for Turkey continue to pour in: ‘This surpasses everything’

Gasoline cars are decreasing, electric ones are increasing. The most interesting facts about sales in Europe

A maximum of 50,000 euros in subsidy for starters who want to buy a house