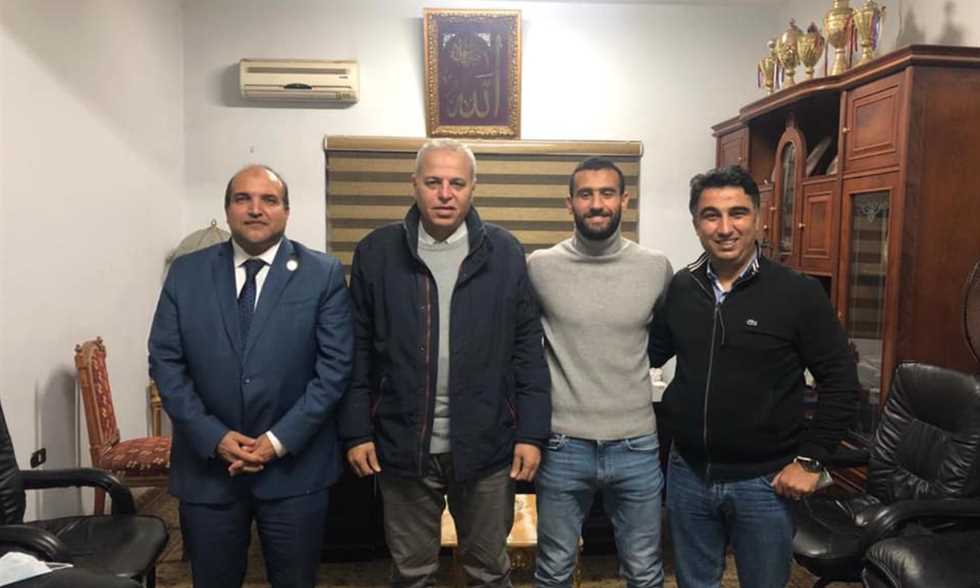 Egypt for the Clearing House announced the inclusion of Bassem Morsi from Military Production in the winter transfer market.

He explained, “We signed a contract with him for a period of 3 seasons.”

The clearing house in the name of Morsi included compensation for Marwan Hamdy, who was sold to Zamalek on Saturday evening.

The name Basem Morsi was associated with moving to Zamalek in the January transfers, before Zamalek officials closed the door to his return.

Morsi, 29, scored two goals and scored twice in the 8 matches he played with El Entag El Harby this season.

Morsi previously played for Petrojet before moving to production in 2013, and with him starred to go to Zamalek, who witnessed his golden period, where he crowned the double and won the top scorer award.

Morsi then went out on loan to Larissa and Smouha, before leaving for production in the summer of 2019.