Fear of a long crisis – refuse to work in tourism 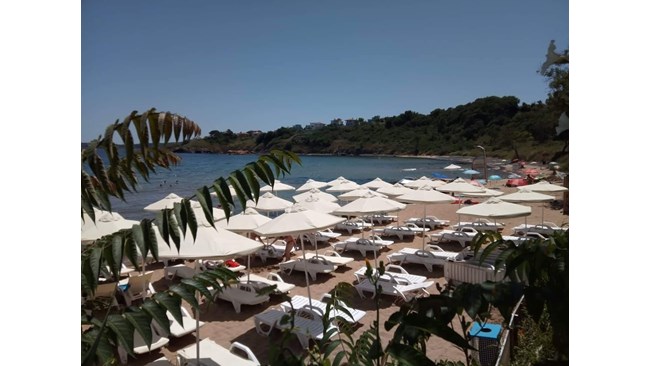 80 establishments have published job advertisements, only 50 candidates have applied

A survey of the Bulgarian Association of Restaurants, conducted a week ago across the country, showed that there is a mass withdrawal of people from work in this sector.

“We checked our colleagues all over the country, asking them if they had published recruitment announcements after the opening on March 1 and what the result was. It turned out that the situation was very bad. 80 companies have advertised that they are looking for waiters, cooks, bartenders, kitchen support staff, etc., ie. the positions were much higher. But the end result is that only 50 candidates in the whole country responded to these announcements “, the chairman of the association Richard Alibegov told” 24 Chasa “.

He himself has difficulty finding new employees – he posted an ad for his own establishments, which

“People don’t want to work in this field en masse, no matter how much you offer them, because we can’t give them any security. It is not a question of money, because I personally provide my employees with their full salary. But when we close because of the pandemic, they will receive 75% of their pay with a month and a half delay, and

they will not have

while the lockdown lasts, ”he complained.

The same and even worse is the situation in hotels, especially by the sea, which are just now trying to put together teams for the summer season, which starts this year on May 1.

In general, right now job seekers are filled with ads for recruiting employees in restaurants, but also for croupiers, maids, receptionists and other hotel employees. This year is the same, but if you look at the ads from the last few weeks in the largest search engine – jobs.bg, it is impressive that there are many ads for managers of restaurants and hotels.

Only in two consecutive days – March 13 and 14, the site published ads from two different hotels in Sozopol, who are looking for a manager in one case and a sales manager in the other. In the specific cases there is no data on the offered salary, but according to acquaintances it is a question of at least BGN 2,500 per month, of course, only for the summer season. In addition, both Sozopol hotels have 4 stars and should have no problems with staff and no turnover at all.

Restaurants looking for chefs, most often

and it is noteworthy that such staff has been in demand lately, emphasizing that no previous experience is needed.

According to Margarita Ivanova, manager of a local recruitment agency in Burgas, it is a little early to talk about a large outflow from the profession. “What I’m seeing is that people who have many years of previous experience in the hotel and restaurant industry are currently looking for other jobs. Not that they don’t want to work in a restaurant or a hotel again, they are more afraid – either for their health or because

and it is not known whether there will be tourists and how many, whether the restaurant or hotel will open at all this summer. And they are looking to secure themselves, “she said. According to her, many of these job applicants would respond to the invitation to work in local tourism, simply refraining for now.

By the sea – both north and south, for many years the maids in the resorts are mostly residents of neighboring villages. The practice is usually like this – they work in the hotel in the summer, then return to the countryside and live on unemployment benefits, agricultural activities or have another occupation for the winter.

This spring, however, according to recruitment agencies, even these women are looking for another job for the summer. Last summer, many of them could not work on Black Sea hotels because 25% of them never opened.

“At the moment, I don’t even talk about this topic because

We cannot give any guarantees to our employees that they will work, and of course, they do not want to come to work.

Even tourist labor fairs, as in previous years, cannot be held like people, because the gatherings of many people in one place are not allowed, “said to” 24 hours “the chairman of the Bulgarian Hotel and Restaurant Association Georgi Shterev.

According to him, another source for finding labor in tourist sites by the sea – the staff of Moldovans, Ukrainians and other people from third countries outside the EU – was seriously injured. On Thursday, Deputy Prime Minister and Minister of Tourism Mariana Nikolova told 24 Chasa that third-country nationals have the right to work in Bulgaria, including in the tourism sector, on both seasonal and permanent contracts. From March 8, for example, the Employment Agency

as documents are submitted to each labor office, she stressed.

But here, too, employers in tourism will face difficulties, because applicants from third countries will be less because of the pandemic, and to come, one of the smallest things for example, third-country nationals must reside in Bulgaria for no more than 3 months. This forces many hotels, which are occupied for a little over 3 months, to make various combinations, the simplest of which is to hire these people for a month and a half or two and then to hire another group of employees from the same country for the rest of the time.

And in general, this flow of foreigners has decreased in the crisis. In winter, for example, in the entire resort of Pamporovo

while in the previous winter season they were over 150. Probably the same will happen in the summer at sea.

And freshly trained staff are fleeing to other professions

Well-trained tourism professionals who are now completing their education have also recently avoided the profession. This was stated by the director of the College of Tourism in Varna, Assoc. Prof. Genka Rafailova at the Bulgarian National Radio.

“Some of these staff will probably be directed to other areas of service. Some of them are looking for work in websites and mobile applications for booking and serving tourists. These companies also require knowledge of foreign languages ​​and good knowledge of tourism, which undoubtedly qualified staff have, “explained the director of the college.

Despite the expected outflow of skilled labor, according to Assoc. Prof. Rafailova, it is difficult to reach the situation of previous years, when we imported personnel from abroad.

In addition, according to her, the pandemic is reducing interest in tourism education.

“However, for students who study tourism, the opportunity to acquire knowledge and skills that would help them in other areas remains attractive. Such are, for example, foreign languages ​​and digital competencies “, explained Rafailova.

On the good side, due to limited travel and opportunities to work abroad, many of the qualified staff remain to work in Bulgaria, she added.

Currently, students from the College of Tourism study online, with only practical classes and state exams conducted in person.

Hoteliers south of Bourgas are hoping for priority vaccination for staff in the tourism industry as a way to attract labor. A month and a half before the officially announced start of the tourist season on May 1, there is no great demand for labor for the resorts on the Southern Black Sea coast.

The idea is to attract young people who remain outside the first groups of the vaccination plan through priority vaccination, and this should be an incentive for the tourists themselves. For the most sought-after profession – chef, for example, there are only 7 vacancies, while in February there were 172. The reason is that due to the precarious epidemic situation, most hotels do not have the attitude to open on May 1, although it coincides According to the Deputy Chairman of the Bulgarian Hotel and Restaurant Association Veselin Nalbantov, the crisis with providing labor for the season can be overcome only by importing staff from abroad. “We have applications from Moldova, Ukraine, Serbia and Northern Macedonia for those wishing to work at our resorts. However, the Bulgarian authorities need to introduce a lighter visa regime and vaccinate staff from abroad free of charge. According to our calculations, 200,000 doses will be needed, “said Nalbantov, who made his proposal to Tourism Minister Mariana Nikolova. Apart from resolving the personnel crisis, Bulgaria would also show the world that it is a safe place to rest. Due to the data on high mortality in our country, which came out in recent days, Romanians with reservations for Easter in our seaside resorts have refused them, learned “24 hours”.

I have already written off two of my employees because they are in England and do not intend to return to Bulgaria this summer. They worked for me seasonally, but now they do not intend to return, because they do not know if they will be quarantined and how long they will stay to work, and there they take good money as help from the state “, says Angel Bozhidarov, owner of a family hotel in Chernomorets.

“There will certainly be difficulties in finding labor. The main reason is that due to the pandemic, a large part of the trained staff in tourism have retrained in other, safer professions and no longer want to rely on seasonal employment. Some time ago we received a letter from the Bulgarian diaspora in the Ukrainian Volgograd that they are ready to provide us with personnel for tourism in various positions. We have sent the offers to our members, but so far there are no inquiries from them in the opposite direction “, commented the chairman of the Regional Tourist Chamber Ivan Ivanov.

“There will be great difficulties in finding labor because the state has not done anything for tourism. The trained staff fled abroad and received their aid abroad – why come to our country? Not to mention that tourists are looking for security and avoid us, looking at the slow pace of vaccination in our country, “said Nessebar hotelier Venelin Tashev.

Seasonally oriented activities, especially tourism-related businesses, are still refraining from declaring the need for workers for the summer season in early 2021, the Employment Agency told 24 Chassa.

The announced jobs for seasonal employment in our seaside resorts since the beginning of the year are 1732, with those for maids, waitresses and cooks predominating. During the same period in 2020, these places for the sea were 4972, or about 65% more.

Naturally, a major factor in this decline is the forced closure of economic activities due to the pandemic. The most significant decrease is reported in the ads for maids, followed by waiters, cooks, assistant chefs and others. 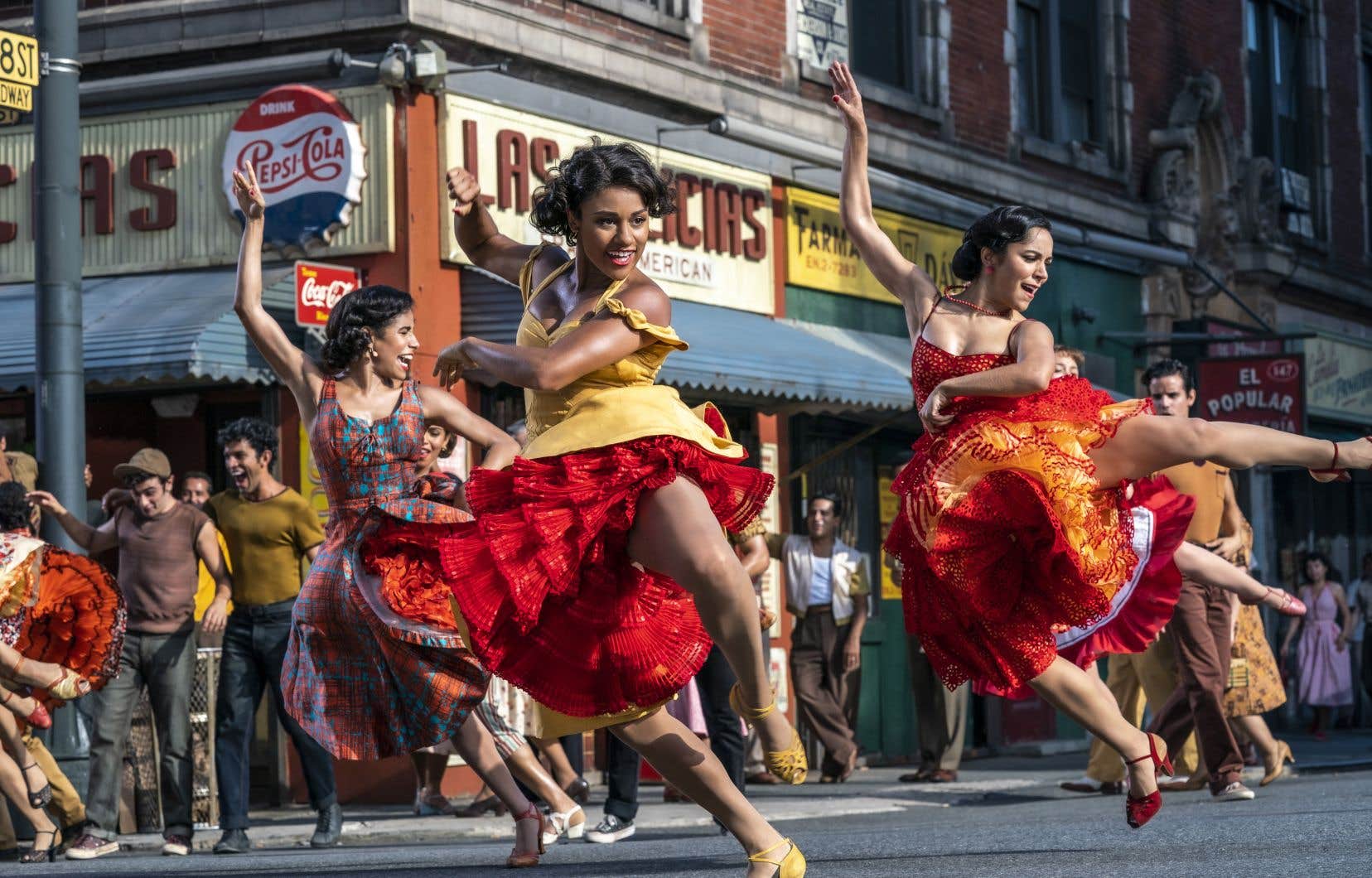