Farmers’ protest. Manure near the houses of PiS MPs 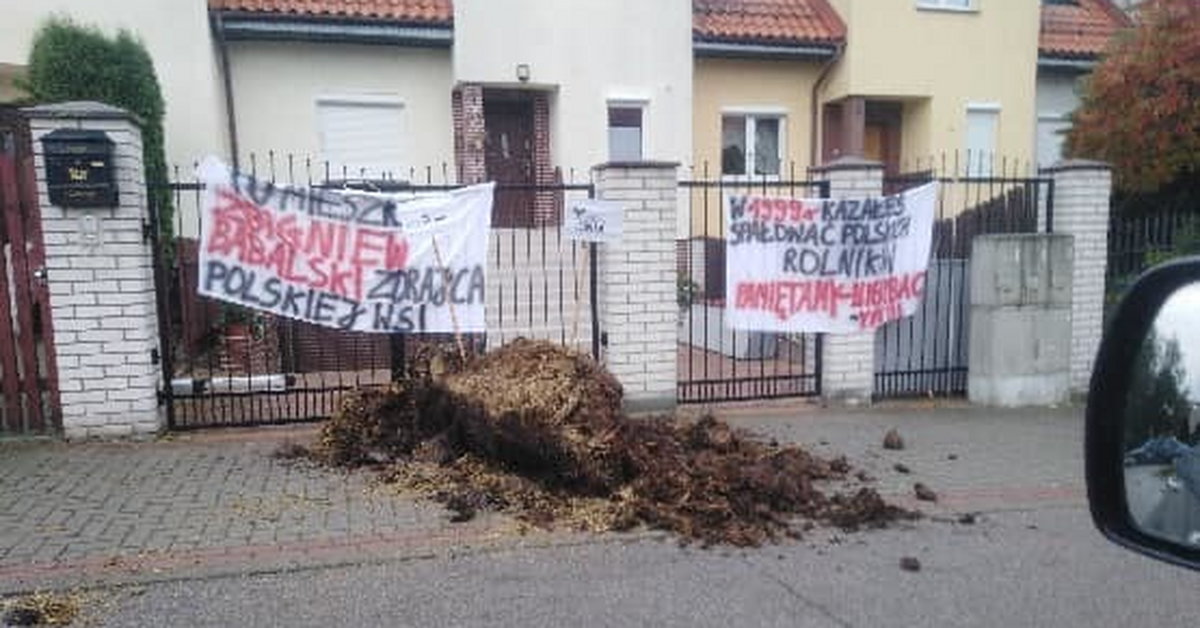 “There is no and there will be no indulgence for anyone! The society finally comes to the fore. Every move of the politician against the society that elected him will end this way. Each #ZdrajcaPolskiejWsi will be marked! It must be a great shame for a person selected from the typical district farming to raise a hand against farmers. Not the president’s voice, but the voice of society is important! The deputies got a little mistaken and they flew away too much. We will effectively bring them back to earth “- we read in the entry.

The action is an objection to the act on the so-called five for animals, according to which ritual slaughter (except poultry) and breeding animals for fur (except rabbits) are to be prohibited.

Farmers on Facebook point out that politicians “must realize that they have already destroyed the Polish countryside enough, that’s enough.” They also announce that they will “not give up”.

Tractors with trailers full of manure were dumped at the homes of MPs Kazimierz Gwiazdowski, Zbigniew Babalski and Piotr Polak.

A farmers’ protest took place in Warsaw on Tuesday. The demonstrators gathered in the capital’s pl. Zawisza. Earlier, as a sign of solidarity with farmers, taxi drivers blocked, among others, Aleje Jerozolimskie. According to the police, up to 50,000 people could participate in the assembly. people.

Among the gathered were members and supporters of, among others AGROunia, Polish Alliance of Trade Unions of Farmers and Agricultural Organizations, PSL. The protesters have white and red flags with them, banners with the logo of AGROunia, as well as with slogans, among others: “Not for» 5 «Kaczyński”, “We want to breed in peace”, “Neither Stalin nor Lenin invented what PiS changed “.

Prime Minister Mateusz Morawiecki and the new minister of agriculture, Grzegorz Puda, announced changes to the act called “Five for animals”. The regulations are to come into force much later than planned. Among the new proposals, the government allows the maintenance of ritual slaughter for poultry.

According to the new version of the “Animal Fridays”, activists assisted by the police will not enter farms. This will be done by an institution called the State Animal Protection Inspectorate and it will be authorized to control farmers and their breeding. The office is to be established by a separate act “very quickly and in a very short time” – he announced Prime Minister Mateusz Morawiecki.

When asked about the exact date of introducing the new institution, he explained: – We will propose changes in the coming days. It is almost certain that the law will be processed at the next government meeting. We are talking about a really fast implementation, say from January 1, 2021.

Area ban in Velsen for fear of corona parties | Inland