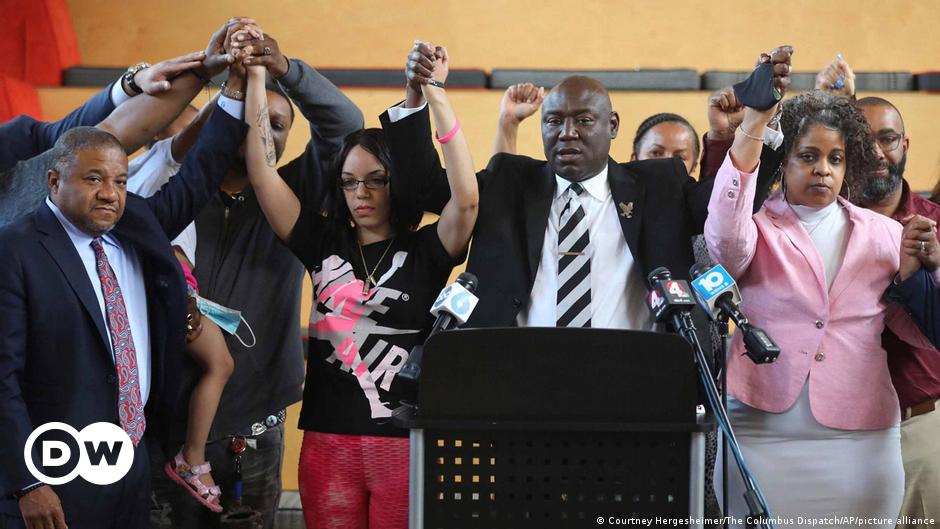 The city of Columbus reached an agreement with the victim’s family on the amount of compensation. “No amount of money will ever bring Andre Hill back to his family, but we believe this is an important and necessary step in the right direction,” said Ohio state attorney Zach Klein. As part of the comparison, the city also names a sports hall after the person killed.

A white police officer shot the unarmed Andre Hill on December 22nd last year. The police had been called because a man repeatedly started and turned off a car in an open garage at night. When Hill walked out of the garage with a cell phone in hand towards the arriving police officers, he was shot. The later retired officer said he believed Hill had a gun with him. However, no weapon was found. The ex-police officer who fired four shots was charged with murder. He is accused of using disproportionate force, not helping the dying person and disregarding official duties.

Not the first and not the highest compensation for police violence

The family thanked the city officials after the settlement was reached. Her attorney, Ben Crump, said the healing process could begin for everyone involved. The US broadcaster CNN reported that the amount of compensation that has now been agreed is the highest in the history of the city. The city council still has to agree.

Memory of the killed Andre Hill in front of his house

The fatal incident in Columbus occurred seven months after the death of the African American George Floyd in a brutal police operation in Minneapolis, Minnesota. Floyd’s death, captured on a cell phone video, had caused international horror and sparked national protests against racism and police violence against blacks. In the United States, black unarmed people are repeatedly the victims of deadly police violence.

A jury in April found white ex-cop Derek Chauvin guilty of second degree murder and two other charges over Floyd’s death. He had his knee pressed on Floyd’s neck for several minutes, although Floyd repeatedly complained that he could no longer breathe. The sentence is due to be announced on May 25th. Floyd’s relatives were awarded $ 27 million in compensation. In another case, the fatal police shots of the African American woman Breonna Taylor in March 2020, the relatives received twelve million dollars.