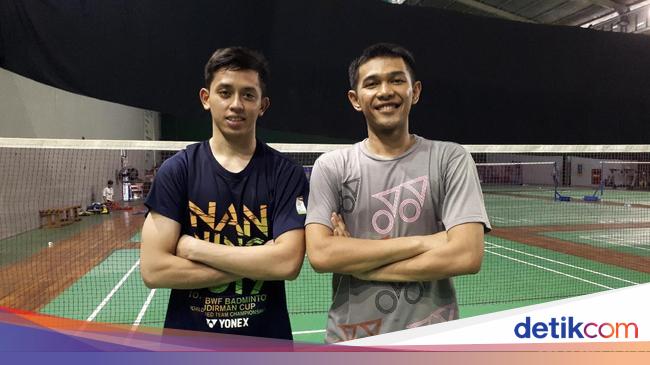 PP PBSI, together with the Badminton Federation of Maldives, proposes to apply the latest score calculation format system to the world badminton federation parent. From the original 3×21 score format, to 5×11. The newly proposed calculation system is alleged to make badminton even more developed. Because, players will race with exciting matches right from the start.

As a player, Fajar seemed to support the change in the score format. After all, he had previously applied it when he appeared at the Chinese Taipei Masters 2016. Together with Muhammad Rian Ardianto, he even managed to become champion in the event after defeating the host’s representatives, Chen Hung Ling / Wang Chi Lin, in the final. They won over Ling / Chi Lin with a score of 11-6, 11-6, 11-13, 9-11, 12-10.

The change in score to 5×11 was predicted to reduce the tension in the game because of the fast duration. Regarding this matter, Fajar did not dismiss but also did not confirm it.

“If it’s fast, yes. If it’s tense it’s the same, yes, it should be because you have to focus from beginning to end. But if the matter of the competition map will affect? ​​I don’t know because it hasn’t been tested (again),” said Fajar.

The 2018 Malaysia Masters champion only hopes that whatever decision is the best for the player. More than that, he also wants players to be given time to adjust if the change in the score calculation format is approved by BWF at the annual general meeting in mid-May.

“Yes, we hope for all the best for this matter. The important thing is that if it is implemented there must be trials and adaptations first then we are asked for our opinion again to assess,” he said. Dawn.

See also ‘Wisdom Taken by Indonesia from the All England Incident’: