Facebook announced a number of new features that coincide with Women’s History Month and International Women’s Day on March 8th. The biggest of these is the launch of multi-participant Instagram Live Rooms, which the company has been testing for the past few months.

“Starting March 1, Creators and others will be able to go live with up to three other people on Instagram with the launch of Live Rooms. During Women’s History Month, you can catch live discussions from influential women and creators on how women can help each other overcome hurdles and be successful. ”

As mentioned earlier, Facebook first launched a test of Instagram live streams for multiple subscribers in December in India, where the social media service is working to fill the void the TikTok ban has left in that region. Last month, Instagram boss Adam Mosseri announced that the option “in the next few weeks” would be available in all regions.

In fact, Instagram took almost a year to develop the feature. Mosseri mentioned in March last year that they wanted to enable more guests in live broadcasts.

You could e.g. B. conducting interviews, inviting fans and customers to streams, sharing the stage with influencers, etc. Going live with someone else can also feel less intimidating than streaming alone. And, as the recent rise in audio live stream platforms shows, people are clearly interested in a more authentic, direct connection right now.

On both Instagram and Messenger, Facebook is adding some new custom sticker sets “to celebrate the women in your life and encourage conversation about those who paved the way in their communities”.

Read Also:  10 flash deals not to be missed on Wednesday 🔥

Facebook is also introducing a new category on its Community Help Dashboard that will help nonprofits and individuals organize charity events and collect vital items through Facebook’s tools.

Facebook is also adding a #womenowned shopping collection on the Facebook and Instagram shop tabs to further promote support for women-run businesses. In addition, a “Women x Women” campaign will be launched to shed light on inspiring stories from women and how they have been successful with the Facebook apps over the past year.

In terms of the importance of the event, it makes sense for Facebook to make a big product announcement on the topic, and as mentioned before, adding Instagram live streams to multiple attendees will definitely open up a multitude of new opportunities for them.

How often do you use Facebook and Instagram? What are your favorite features? Please let us know! 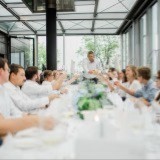 Our OSG team is constantly creating new blog and news articles on the subject of online marketing. Every now and then a look over the ring gear is dared, after all, successful marketing of our customers not only includes SEO, SEA, Affiliate and Co. So the holistic blind is worthwhile.

READY: Shut down after the match penalty – so far the penalty will be

Freiburg im Breisgau: Danger from unsecured accident site on the A 5 between Freiburg-Nord and Freiburg-Mitte in the direction of Basel – traffic jam alarms