Facebook campaign against Apple “bordering on hypocrisy” according to employees

Even within Facebook, some are starting to dissociate themselves from the position chosen by Mark Zuckerberg’s social network. Indeed, in recent days the most powerful of social networks has gone to war with Apple. The reason ? Apple forced Facebook to ask its users for permission to use their personal data, and therefore to set up an option in which they would refuse, in order to leave a real choice to everyone.

And this announcement, it went very badly on the side of Facebook. The social network is indeed defending itself from wanting to help small businesses that use Facebook’s tracking systems every day in order to carry out targeted advertising, and thus increase their sales.

And to make its vision heard, Facebook has gone to great lengths. In a fight that seems almost lost in advance for the social network (Apple dictating the rules it wants on its devices in terms of confidentiality) the latter did not hesitate for a second to spend thousands, even millions of dollars to display on the full page of many American newspapers the vision of the “Free Internet” that Facebook defends.

But Facebook’s view of the internet is also the one that best suits its financial system. The social network is only profitable because of targeted ads, and banning them would cut off the tap of revenue at Facebook, which could kill the social network, in the more or less long term.

A line of defense contested even internally

But this defense, it does not please everyone. First of all, the other corporate guards on the net are in no hurry to come and defend Facebook. Today, Mozilla is the company which communicated the most on this subject, and it chose the camp of Apple. The spokespersons of the browser even announced “that Apple had gone further than we expected”. Other support for Apple, the NGO EFF, which defends the freedom and rights of individuals on the Web.

But even within Facebook, opinions differ. While the majority of employees follow official doctrine, at least in public, some do not hesitate to speak their minds, as BuzzFeed recently revealed. One of the employees of the social network would indeed have declared that “Facebook uses small businesses as a shield”.

End of story in January

For its part, Apple gave Facebook a break, and asked the social network to reconsider the way in which users’ personal data are processed. Apps have until the end of January 2021 to comply with Apple’s rules or else they will be banned from the App Store, and Facebook, as powerful as it is, will be no exception.

Study: Melatonin produced in the lungs prevents infection with the Coronavirus

Will Son Heung-min break the silence of the goal in Brighton? Season 17 goal challenge

The Medium paid off on the very first day – Gambling addiction

Miscellaneous facts. A worker dies beheaded by an excavator on a construction site near Rouen 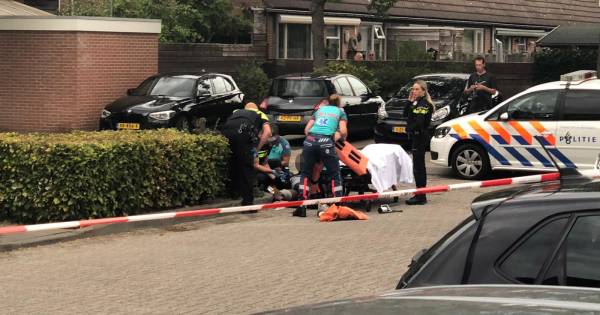 Two injured by shooting in Arnhem: man awaited, beaten up and shot in the legs | Arnhem

Grandfather accounts of the minor who shot at Colegio Cervantes freeze

eight anecdotes and details you may have missed!

farewell to singer Gerry of the football anthem