everything that is known about the terrible crime of the Russian Federation – tsn.ua 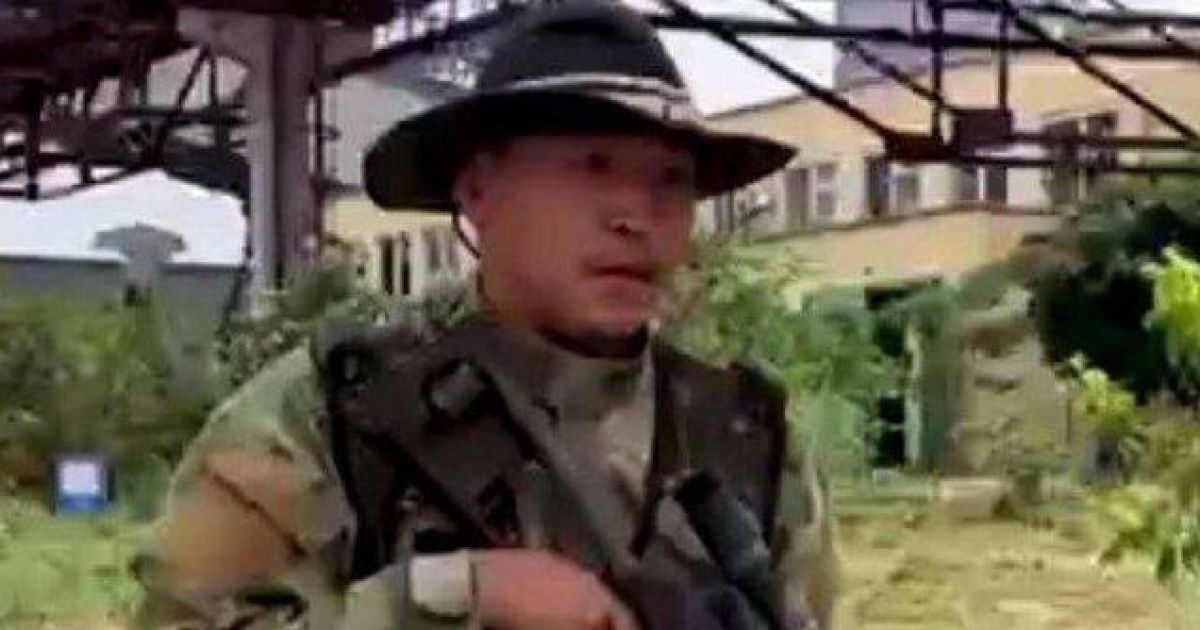 Russian propagandists posted on social networks a video of the brutal torture of a Ukrainian prisoner of war.

The video appeared in one of the Russian Telegram channels, where they often publish media files with Ukrainian soldiers killed or captured by the invaders. In the published footage, the invader cuts off the genitals of a Ukrainian soldier with a clerical knife.

TSN.ua collected everything that is known about this fact of the unheard of inhuman cruelty of the invaders.

The identity of the prisoner of war, who was mocked by Russian monsters, is still unknown. TSN military journalist Andrei Tsaplienko reported that the tortured man was shot dead. He released a photo of the body being pulled with ropes.

“The Russian sadists shot a Ukrainian prisoner castrated with a clerical knife and dragged him along the ground, tying ropes to his feet,” he wrote.

Advisor to the head of the Ministry of Internal Affairs of Ukraine Anton Gerashchenko in his Telegram channel published the personal data of the Russian army man, who cast the Ukrainian military, and left a link to his social networks.

According to his data, the executioner is a native of Russian Kalmykia. His name is Vitaly Aroshanov, born in 1983.

Videos of the monster began to appear on the Web. As it turned out, the executioner had already been featured in the propaganda media.

Cuts this one on the left in a black hat

Maybe someone knows what kind of plot this is, you need to find pic.twitter.com/1ygnaO4x8k

The reaction of Ukraine: “we will get everyone”

Ukraine will get all the Russian invaders who are involved in the torture of Ukrainian prisoners.

Wrote about it in Twitter adviser to the head of the President’s Office Mykhailo Podolyak.

“Russian propagandists enthusiastically showed how a group of ru-monsters mutilated the prisoner. All the world needs to understand is that Russia is a country of cannibals who enjoy torture and murder. But the fog of war will not help the executioners avoid execution. We will identify everyone. We will get everyone,” he assured Podolyak.

The Commissioner of the Verkhovna Rada of Ukraine for Human Rights, Dmytro Lubinets, said that he had applied to the Prosecutor General’s Office about a video recording of torture by the occupiers of a captured military APU.

Appeals are also being prepared to the UN, the European Committee for the Prevention of Torture and the International Red Cross.

The Ombudsman promised to make every effort to investigate and counter such crimes in the future.

Meanwhile, the Attorney General’s Office opened criminal proceedings on video with torture of a Ukrainian prisoner of war.

The reaction of the West: “Give Ukraine weapons”

Paul Massaro, senior adviser to the US Congress, called torture by the Russians “an infinite evil.” He urged provide Ukraine with all the necessary weapons to put an end to Russian crimes.

“The barbarism and debauchery of the Russian invaders is outrageous. Castration, murder, rape, murder of children, leveling cities to the ground. Boundless evil. ATACMS for Ukraine. And modern battle tanks. Give them everything. Everything they need to end this crime against humanity,” Massaro wrote.

A video of the torture of a Ukrainian fighter got on the Western resource Reddit. Users in the comments write that the Russian Federation is a terrorist country, and compare Russians with ISIS militants, who also published videos of torture and execution of people.

The correspondent of the British edition of The Times Maxim Tucker also commented video with the castration of a soldier of the Armed Forces of Ukraine by the Russians. According to him, the video mocking the Ukrainian is real, which confirmed Bellingcat journalist Arik Toler.

“The horrific video of a Russian soldier castrating a Ukrainian prisoner of war is real. The same soldier appeared in a Russian TV video (with the same hat and bracelet) and there was no evidence that the video was fake, he told me,” he wrote.

A horrifying video of this Russian fighter castrating in Ukrainian is genuine, Bellingcat’s @AricToler has said. The same picture taken on Russian TV (with the same hat and bracelet) and not included in the had video was manipulated, he told me. #Ukraine #Russia pic.twitter.com/vWkIa6Vnru

Recall, on July 29, Russian troops fired on colony No. 120 in the occupied Olenivka, Donetsk region. There, the invaders kept Ukrainian military and civilians in captivity. As a result of the attack about 40 people were killed, another 130 were injured. With no interested parties, America puts a bounty on Roger Martínez

Frequent numbness can be a symptom of HIV, here is the doctor’s explanation… Page all 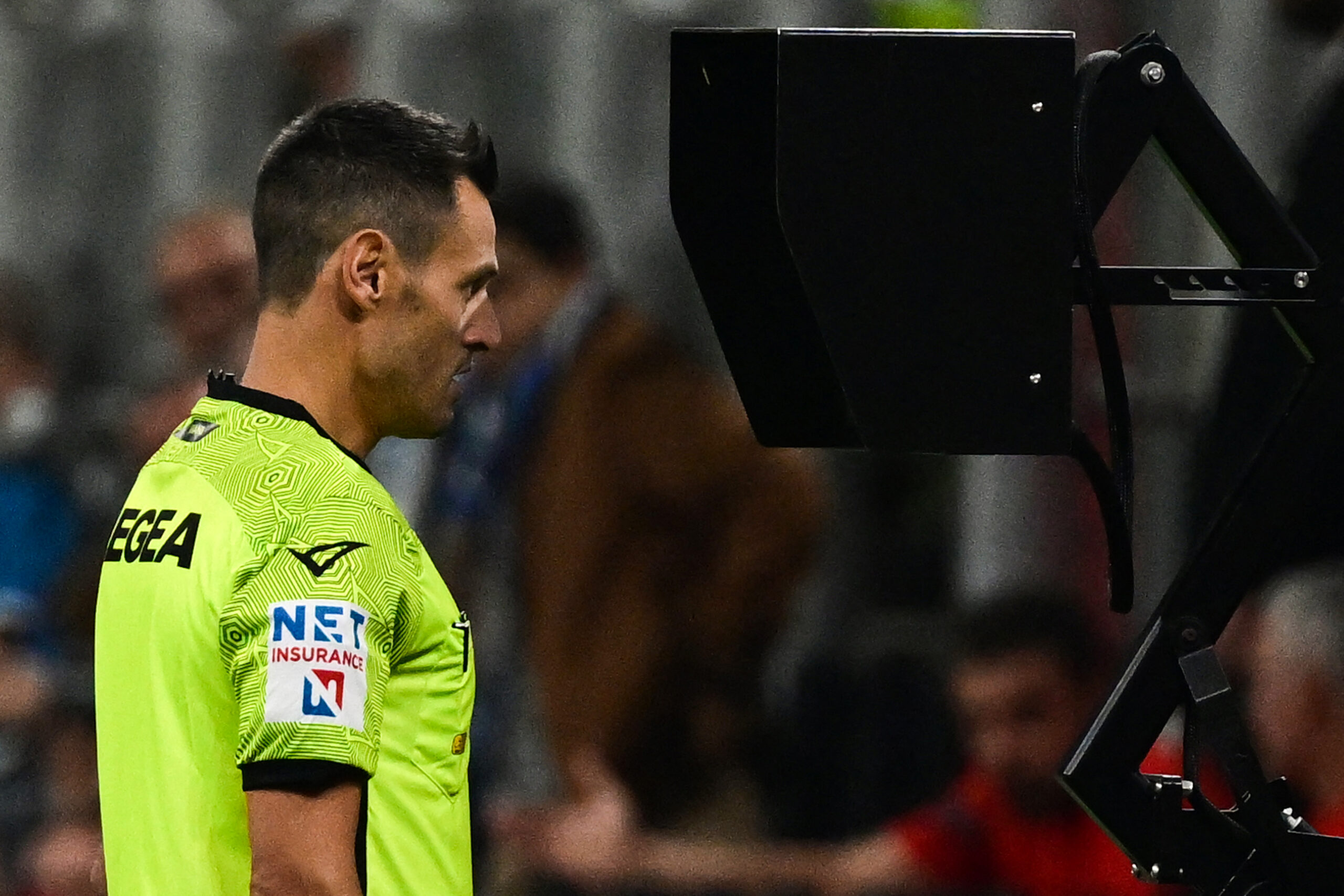 In Serie A the offside changes with the VAR, it will happen immediately in Inter-Napoli

With no interested parties, America puts a bounty on Roger Martínez

Frequent numbness can be a symptom of HIV, here is the doctor’s explanation… Page all

In Serie A the offside changes with the VAR, it will happen immediately in Inter-Napoli