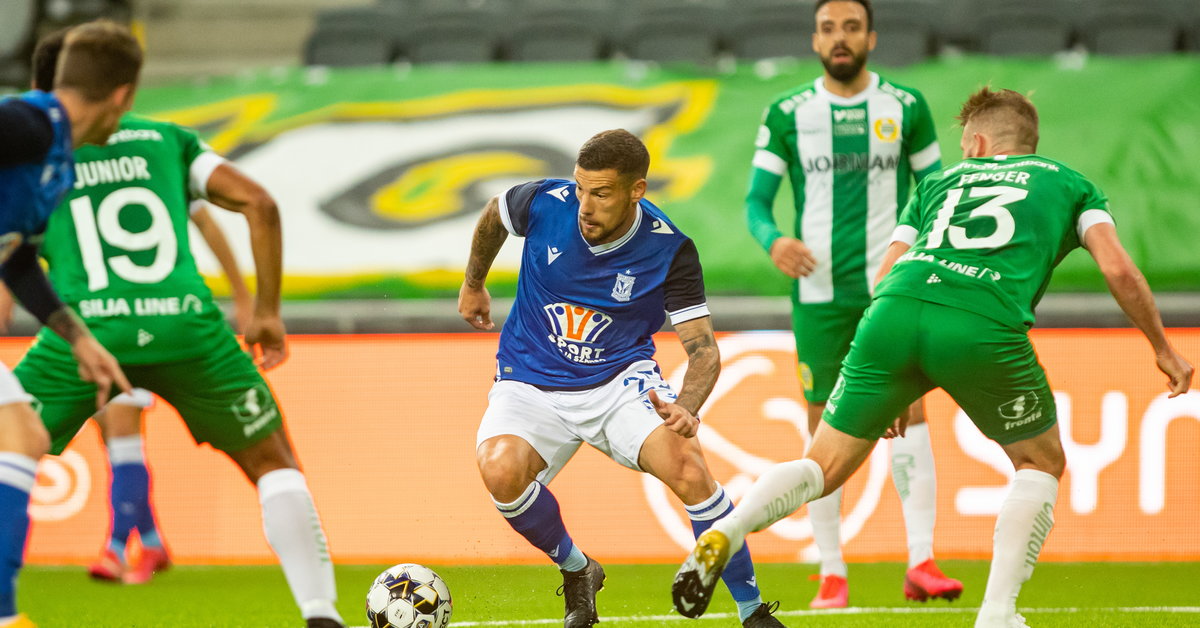 Lech passed the exam, Pedro Tiba proved that he can shine not only on our domestic fields. Maybe on Wednesday it did not shine too often, because the central midfielders of Kolejorz were not very easy to play on Hammarby artificial turf, but he did the most important thing. In 55 minutes he chased the hosts’ defender Kalle Bjoerklund, exerting so much pressure on him that he made a mistake, fell, lost the ball. Then the Portuguese stepped into action, took the ball and defeated David Ousted with a slight undercut. He knew perfectly well that the Swedish defender is not very maneuverable, that the home defense is its weakest formation.

The players of Dariusz Żuraw were not able to take advantage of this for a long time, before the break they played not aggressively enough, not effectively enough. They showed good winging actions, which are their showcase, but this time they were not finished by the one who had an excellent entrance to Lech, i.e. Mikael Ishak. The 27-year-old striker came to Poznań in July, among other things, to play in European cups, to remind himself on the international scene. He could not have foreseen that he would be able to show himself in his homeland, from which he left in 2011. On Wednesday, he had a chance not only to show himself in Sweden, but also to make Hammarby fans forget about him. He was able to throw his compatriots out of cups at the beginning, but at the last moment he was blocked. At the end of the first half, he received a square pass from Dani Ramirez, but from an acute angle he hit the goalkeeper straight. After the break, he missed a third situation: his shot was carried over the bar by goalkeeper Hammarby. Until Wednesday, Ishak showed incredible efficiency, scoring five goals in five games. In the second round of the Europa League qualifying round, he did not increase his achievements, but the most important thing for him is that the history of the past did not repeat itself, when in his only adventure in European cups so far, his Danish team Randers FC was eliminated after extra time by the Swedes (Elfsborg Boras). Teams from this Scandinavian country have also been the nightmare of Polish teams for many years, which have been dropping off regularly. Lech interrupted this 19-year-old black series, and most importantly: he stopped completely deservedly. Apart from a few mistakes in the first half, when Lech’s defenders got the ball behind the back three times, the players from Poznań played very solidly. Their mistakes remained without consequences thanks to Filip Bednarek, who played the best match in the new team so far, was vigilant, he saved his friends twice, which allowed them to play much better after the break. To get higher, more aggressive.

In the second half, the advantage of the players from Poznań grew steadily, and after Jeppe Andersen received a red card in the 63rd minute, they completely dominated the field, which was supposed to be so difficult for them. Fortunately, after the game, no one had to use any arguments about playing on artificial turf. At the very end, the youngest Lech players (Jakub Kamiński and Filip Marchwiński) sealed their well-deserved promotion and showed that this young team had matured to fight in Europe.

See the summary of the game Hammarby IF – Lech Poznań

The judge was: Sascha Stegemann (Germany). Match without audience participation.

Rental house of 1500 euros per month with benefits? ‘Wrong’ housing brokers arrange it

Oncologists told that increases the risk of cancer in women