Essential travelers must show proof of vaccination starting in 2022 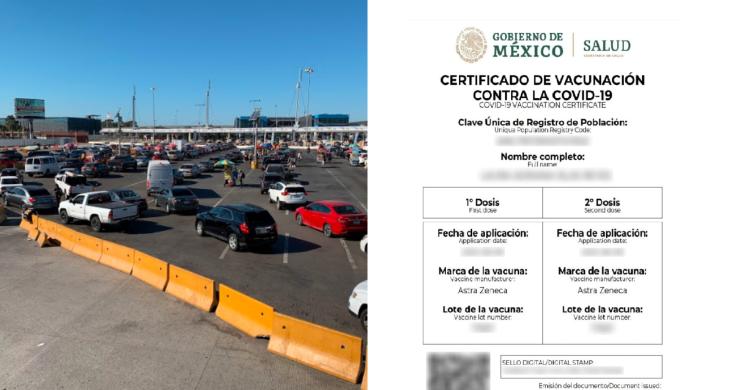 The border reopening has become a reality since November 8 of this year, where non-essential travel to the United States was resumed as long as these travelers showed evidence that they were vaccinated with biologics against Covid-19 approved by the World Health Organization and CDC.

Although these requirements are applied to travelers who make non-essential crossings, the Secretary of the Department of Homeland Security of the United States, Alejandro Mayorkas, recalled that as of January 2022, essential travelers must also prepare with vaccination tests .

According to Customs and Border Protection, the people who are considered essential travelers are:

He commented on this last Tuesday, December 7, during his visit to the San Ysidro checkpoint, where, together with the Mayor of San Diego, Todd Gloria, they held a brief press conference, in which they discussed issues related to the border. , immigrants seeking political asylum, the MPP program, among others.

When talking about the reopening of the border, both officials assured that the reactivation of the economy for both nations had become a reality and a proof of this were the hundreds of tourists, citizens and residents who moved from one country to the other every day. Another point that Mayorkas clarified was that they are working on strategies to reduce the waiting time at the checkpoints.