The winner of the Democratic primary for mayor of New York is almost certain to win against the Republican candidate in the municipal elections on November 2. This child from a working-class neighborhood made a career in the New York police force by fighting discrimination, before entering politics.

Big smile, white shirt and thumbs up to the sky. The charismatic Eric Adams, fan of walkabouts, is now almost guaranteed to become the second black mayor in New York history. This former Brooklyn policeman and elected official claimed, Wednesday, July 7, the victory of the Democratic primary.

I’ve said it before and I’ll say it again: this wasn’t simply a campaign, it was a five-borough movement of working-class New Yorkers coming together for a safer, stronger, healthier City. And our strength and message is why we won. pic.twitter.com/O55fTDVm6D

The results of the poll which took place on June 22 have yet to be definitively confirmed. But according to the latest figures from the New York Election Bureau released on July 7, Eric Adams, 60, a moderate Democrat, won the ballot by a hair (50.5% vs. 49.5%) ahead of Kathryn Garcia, experienced mayoralty executive but new to politics, and Maya Wiley, backed by Democratic left-wing star Alexandria Ocasio-Cortez. The two unfortunate candidates recognized the victory of Eric Adams.

The American economic capital being a Democratic stronghold, the winner of the Democratic primary is given the winner for the general election on November 2, where he will face the Republican Curtis Sliwa. Barring any surprise, the ex-policeman should therefore succeed the very unpopular Bill de Blasio.

Restoring confidence in the police

Eric Adams, elected to the New York Senate in 2006 and then re-elected three times before becoming Brooklyn’s first black president in 2013, has made a name for himself by fighting racial discrimination within the New York police force. A body that he decided to integrate after having been beaten up by cops in a Queens police station, along with his brother, when he was 15 years old.

Child of the working-class neighborhood, he grew up in a large family. Her mother was a cleaning lady and her father a butcher. At 22, he managed to integrate the New York police, the NYPD, then rising to the rank of captain while founding, in 1995, the association “100 Blacks in Law Enforcement” to fight against racism in the forces of order.

Throughout the campaign for the Democratic primary, Eric Adams presented himself as the candidate of the “workers”, crisscrossing the working-class neighborhoods of Brooklyn, the Bronx and Queens, at the expense of the richest and white Manhattan.

His supporters believe him capable, more than others, of tackling racial inequalities while restoring confidence in the New York police. A delicate balance. The reputation of law enforcement in New York has been largely tarnished by the sometimes violent crackdown on the monster demonstrations of June-July 2020 sparked by the death of African-American George Floyd.

But no question for this man, who was briefly registered in the Republican Party, to claim the slogan of the American radical left and of #BlackLivesMatter to reduce the budgets allocated to the police. The New York police force, with some $ 6 billion annually, has the highest operating costs in the country with some 36,000 police officers.

Ensuring the recovery of the economy

Supported by popular circles for his career, Eric Adams has primarily focused his campaign on the fight against insecurity in New York. The former police officer promised to stop the increase in shootings (+ 32% in the first half of 2021 compared to the same period of 2020), a theme on which his career gives him particular credibility.

Crime is far from being the only challenge in a city traumatized by the pandemic, which has claimed more than 33,000 lives there. If life has resumed in recent weeks, with an energetic vaccination campaign and a positivity rate limited to 0.7%, there are many uncertainties about the recovery of the economy, the return to full-time in the office towers of employees now accustomed to teleworking, or the return of some 66 million annual pre-pandemic tourists.

A darling of the working-class neighborhoods of New York, New York’s business circles also seem to trust him. “Eric is a person of strong character who will not be intimidated by special interests or ideologists,” the association of economic leaders, Partnership for New York City, said on Wednesday. “If he is elected mayor in November, it will be a first step in ensuring that New York remains a city of opportunity and inclusive growth,” she added, pledging to help revive the economy.

If victory seems close for Eric Adams, several cases could taint his mandate, including one ongoing investigation into a possible conflict of interest. At the head of a non-profit organization, the elected representative of Brooklyn is suspected of having received donations from real estate developers in return for support for their construction projects.

Will the Fisker Ocean soon be the “most sustainable vehicle” on the market? 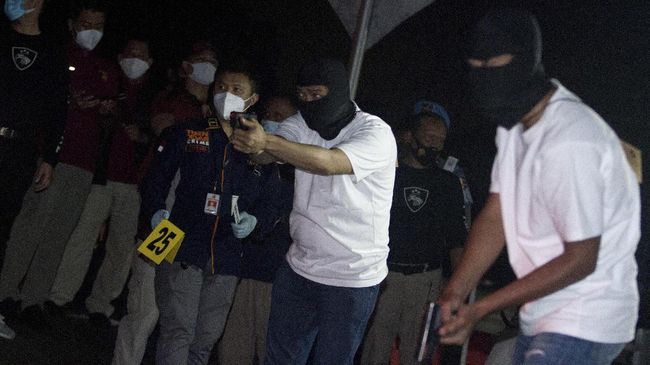