Equipped with 12GB RAM and a curved screen, the price of the HP Vivo X60 Pro is almost Rp. 10 million 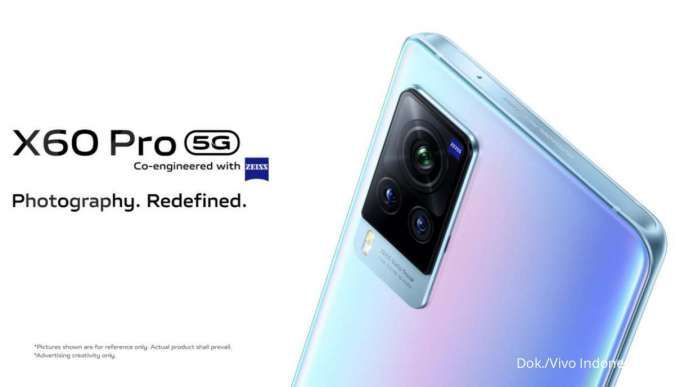 On the official Vivo Indonesia website, the Vivo X60 Pro is priced at IDR 9,999,000. The price of the HP Vivo X60 Pro is Rp. 2 million more expensive than the regular variant. Even though in general, the differences in specifications are not too striking.

If the specifications of the Vivo X60 Pro and Vivo X60 are compared, the part that differentiates them is the storage configuration, body dimensions and battery capacity only.

The equation can also be seen from the camera sector. The arrangement of three cameras is 48MP (wide), 13MP (telephoto), and 13MP (ultrawide). A small difference is in the larger lens aperture on the 48MP sensor, which is f / 1.5. In contrast to the Vivo X60 lens aperture is only f / 1.8.

Regarding dimensions, the Vivo X60 Pro is about 1.0mm smaller. However, the screen size remains 6.56 inches thanks to a curved screen model that makes the bezels much thinner. This screen is capable of displaying images with a quality of 1080 x 2376 pixels and a refresh rate of 120Hz.

In general, the price of the HP Vivo X60 Pro, which is almost Rp. 10 million, feels quite right if you look at the specifications it carries. Especially if you see that Vivo currently uses the superior camera technology from Zeiss.

After seeing a brief review of the specifications and price of the HP Vivo X60 Pro, are you interested?

Also Read: The price of the HP Vivo X50 Pro is now Rp. 1 million cheaper than the first price released