Enough criticism, it can no longer be defended. He only hurt himself

The episode of Live – It’s not D’Urso broadcast on Sunday 29 November it gave ample space to the news of the death of Diego Armando Maradona. In the space dedicated to the talk, there is also Giampiero Mughini who had very hard words for the champion died at age 60 of cardiac arrest. In connection the brother of Diego Armando Maradona, Hugo, and his wife Paola.

We recall that Giampiero Mughini, in connection with Stasera Italia, said of Diego Armando Maradona: “He died at the age of 60, but he had been unmade, shattered and desperate for years“and added: “His latest images are horrifying from a human point of view, and I say it with emotion. He was a being undone by his habits. And suddenly we make him a saint? But no, no. He was a great athlete, a child of the century. , dramatic and contradictory “. Hugo, the brother of Diego Armando Maradona, replied to Mughini and those who on the day of his death wanted to point out his problems with drugs: “My brother hurt himself, he didn’t ask anyone for anything. Ok? This is the first thing. Talking about a man who can’t defend himself doesn’t seem nice to me “. Mughini then stressed that he had no intention of offending the champion whose greatness he recognizes:

“I have an emotion for the destiny and for the dramatic genius of his brother as absolute as those who love sport, of which he was one of the greatest interpreters in the 1900s, cannot fail. But in the face of the beatification and simplification of those who saw only the beauty of the goals in this dramatic destiny… Then I said those phrases and I forgot about them after 5 minutes. It is said for the truth of a human tragedy.

Doubts about the circumstances of Maradona’s death

A video then retraced the latest news on the circumstances of Diego Armando Maradona’s death. It has been opened a manslaughter investigation. There are those who claim that he died in solitude and that no one in the family, except a nephew, took care of him in the delicate days that followed the head surgery. Brother Hugo also replied on this point:

“I am in communication with my sisters. The only one who stood next to him was my nephew, my sister’s son, who was like a son to Diego. There was the nurse, the doctors. He didn’t want anyone came into the room, that’s why the nurse was out the door, I don’t know what happened. I hope my brother’s life hasn’t been neglected and that there were no medical errors. Now there is an investigation, lawyers and police in Argentina will see. I’m sorry, because if what the newspapers are saying is true, it hurts me twice as much because he didn’t deserve to be left alone. But it just wasn’t because my nephew was there, who has lived with him for a long time. As for the doctors, doctors and nurses, the investigations will clarify what happened. “

Barbara D’Urso then made Hugo feel the audio of the call for help by Diego Armando Maradona’s personal doctor. The host said she was surprised by the calm tone with which the doctor urges the intervention of an ambulance. Hugo also expressed some perplexity: “It seems strange to me that he does not say my brother’s name. The first thing they ask you is what is the name of the man who has a problem. Who answered the phone and the doctor did not ask him “. Hugo’s wife, Paola, intervened: “I am shocked, you know I’m Neapolitan, for us it is D10s. I don’t know what happened. I do not know”. The space dedicated to Maradona ended with a thought by Totò Schillaci before leaving room for the images of the champion: “I remember a match played in Naples, at the San Paolo, I was playing with Juve. It ended 3-0, he scored an amazing goal. I was a bit sad at the end. He came to me, stroked my head and asked me to exchange our shirts. A humanly incredible thing “.

General practitioners want to take part in the vaccination: “And my consulting room will not be empty …” 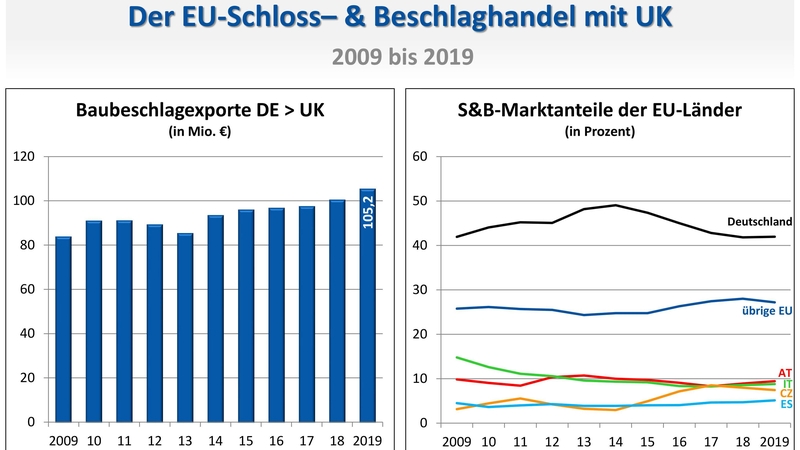 Effects of Brexit on the lock and fittings market

Wawrinka recaptures the hearts of fans via social media

US researchers with new findings: Coronavirus Sars-CoV-2 penetrates the body through the nose